Yesterday was Lily's 5th Birthday. I know this is something every parent says but I can't believe she is 5 already. She is growing up way to fast and I can't believe I have been a mum for 5 whole years now.

I have really now started looking at those pictures of her as a baby and thinking wow that feels forever ago, but at the same time, also seems 2 seconds ago.

Lily turned exactly 5 years old at 10.40pm last night. Though of corse when she woke yesterday morning and first question she asked was "am I 5 now" I said yes.

She is so excited to be 5 years old. I am hoping that really helps her feel more grown up and she leaves some of her younger child worries in the past.

So, here is one of the first pictures of Lily from the first week, the cute thing about this photograph is that the little frog teddy she has there, she still has now and still sleep with every night. It was a gift from her uncle and she loves it to this day. 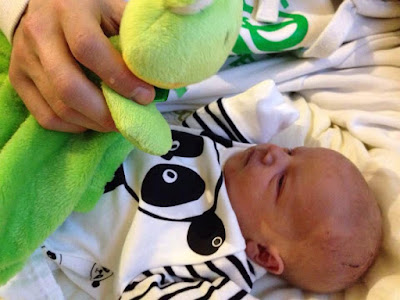 And here she is now. This is a picture taken yesterday morning before opening her presents! 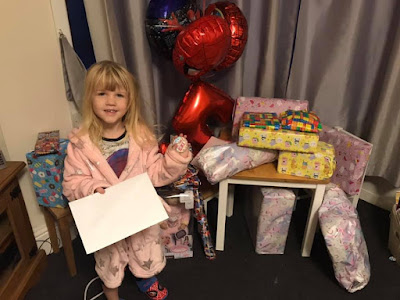 She had a lovely day and got lots of great gifts. But I think the highlight for her was her birthday party.

Her party was spiderman themed, she had a spiderman birthday cake and she even had a special guest of spiderman turn up. 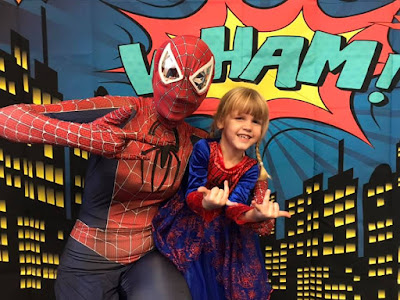 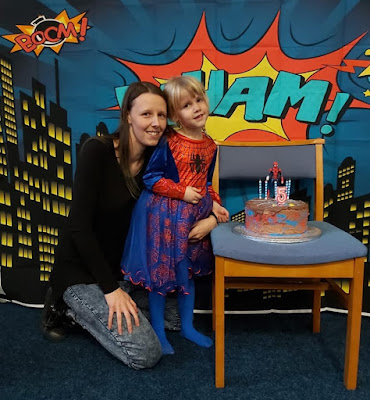 I haven't really been doing many updates of Lily lately, thats the thing about 5 year olds, there is a lot to keep up with. But I can tell you she has grown in so many ways and here are some -

* She has started to be more confident, less fearful of things and more willing to give things a try.
*She is starting to become really clever, especially with her letters and words

*She is a lot more social, and a lot less shy. She comes around to people a lot quicker and is chattier with them quicker. She can also make friends a lot easier now.

* She has suddenly grown, I am literally about to buy her a nearly Full new wardrobe.

*She is into everything. I can't think of much she doesn't like now.

Hopefully the next time I write about Lily it won't be in another years time when she has grown another year older. As there are going to be lots of exciting things coming up for her soon. School will take her in new directions and she is most definetly going to be learning lots of new things.

I have been writing about Lily on the blog since she was 14 months old! Can you believe it?

Have you been following my blog as Lily has grown?