I was super excited to be invited to go to Madame Tussauds in Blackpool. It is somewhere I have always wanted to go but never had the chance so I jumped at the opportunity to go!

I also got to take with me Lily and her Auntie and Uncle so it was a full family day out.

We got on the train and headed there for the day. If you don't know what Madame Tussauds is, it is a an interactive and immersive experience offering selfie opportunities with all your favourite stars. But instead of the stars being real they are made from wax.

Madame Tussauds has very life like wax figures of some of the most famous stars and characters and this may be the closest you could get to rubbing shoulders with the stars. 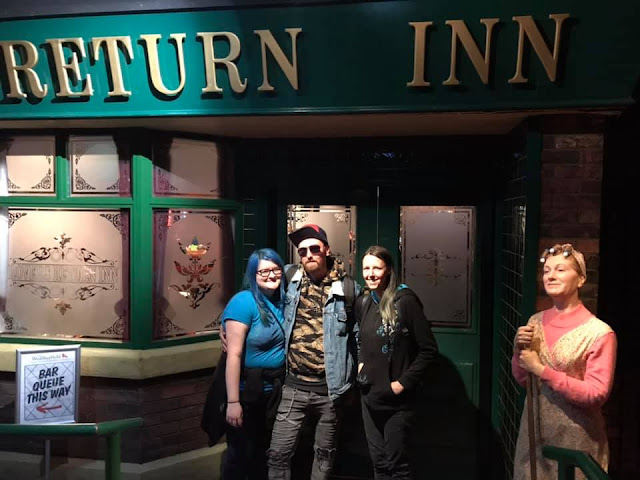 As we stepped through the doors we were greeted by lots of flashing lights from pictures of cameras on the walls, it was like walking the red carpet. We carried on walking where we met Simon Cowell. It looked just like the real him, and if you wern't looking properly you could swear it actually was him.

As we did arrive, the music was super loud and Lily was not a big fan of this. She started crying and instantly wanted to go home. This was a shame that she was a little afraid and I think if the music wasn't so loud she would have been okay. That said, if you know your young child is okay with loud music and noises then I think they wouldn't have a problem and would enjoy the day. There was plenty of children Lily's age (4) getting excited and enjoying having there picture taken. 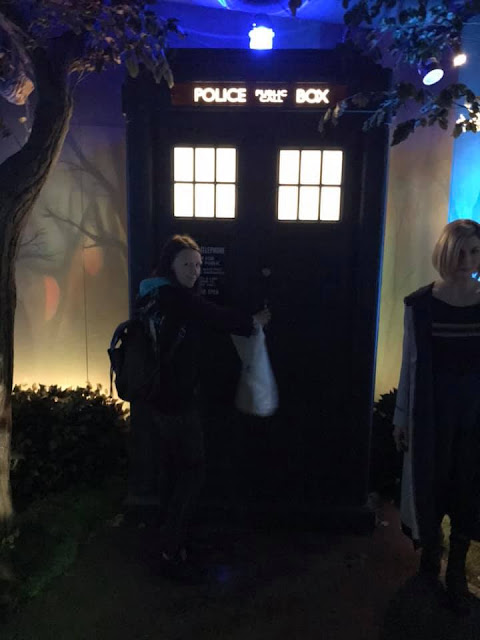 There was so many different areas with different themes and genre's of stars. The I'm a celebrity section was brilliant and has lots of interactive things to do such as shoving your head into a bowl of bugs. (not real ones of course). This is where you can pose with the amazing Ant and Dec! 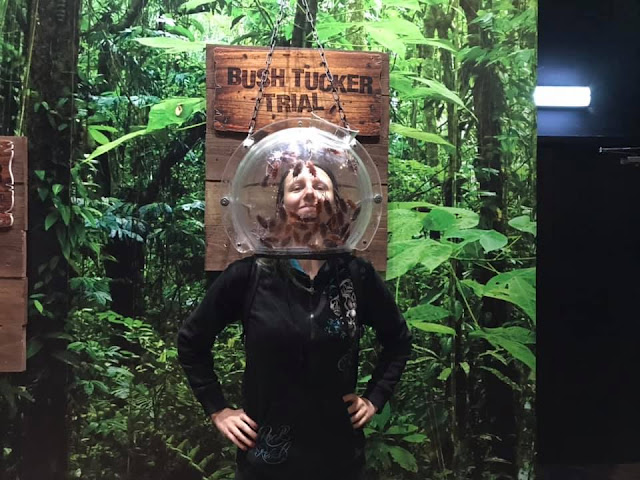 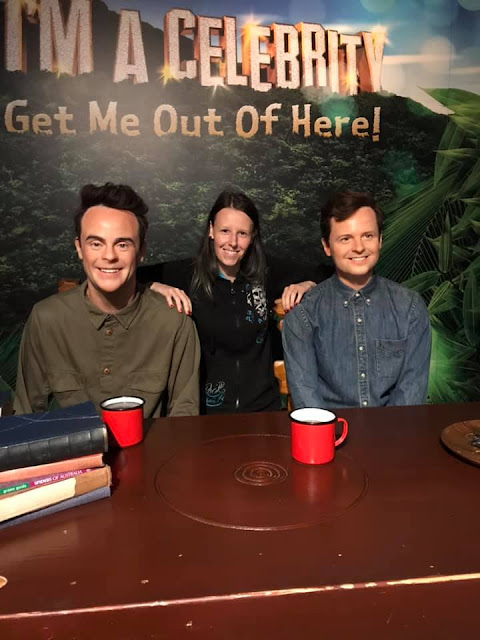 There was a sports section, a comedy section and a music section. All which provided fun opportunities to pose with the stars and take selfies. The sporting Heroes Academy section had an interactive part where you could play football yourself, kicking an invisible ball to a goal. This was all done by computers and Lily found it so much fun to do! I found this section the perfect place to do a silly selfie, seeing if the wax figure was ticklish! 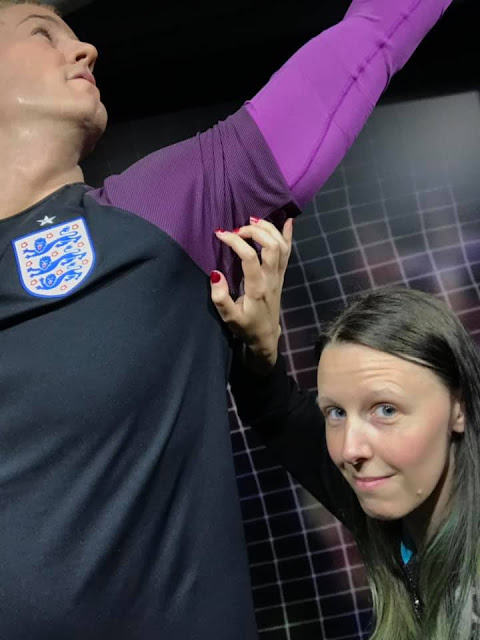 Another exciting part to Madame Tussauds Blackpool is all the set up photo opportunities that they have provided for you. You can dress up as Doctor Who and stand on a green screen which makes you part of the Doctor Who set. Or maybe you want to become a superhero and get thrown into a comic book as you fight villains. This is something Lily's auntie and uncle loved doing and they went away with a cool looking photograph of them as super heroes. 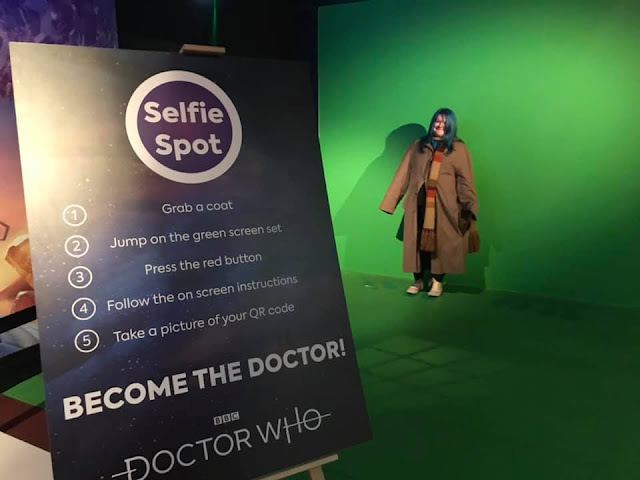 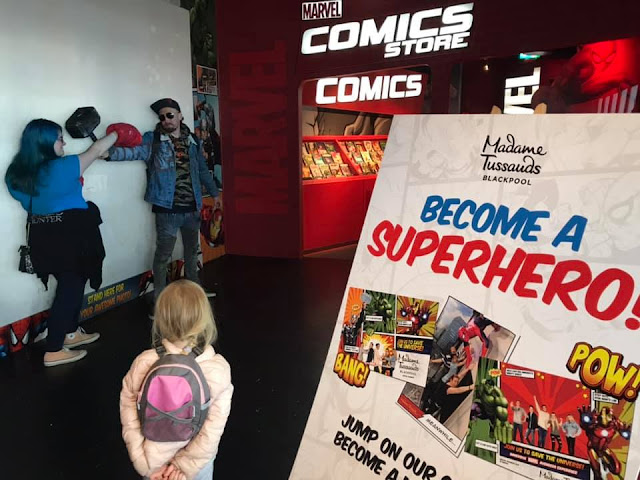 The next part was my favourite. I myself am a big superhero fan and Madame Tussauds Blackpool now have a MARVEL SUPER HEROES section where you can pose with your favourite super heroes. You can pose with Thor, which I must admit I enjoyed very much. It is the closest I will get to getting to grab hold of that body.. even if it was wax! Haha Or you can pose with Hulk, Groot from Guardians of the Galaxy or maybe the newest addition Captain Marvel. There is also a set to have your picture taken with Spiderman!
The MARVEL SUPER HEROES section was brilliantly interactive, you can try and lift Thor's hammer or maybe lift up a taxi just like Hulk does! 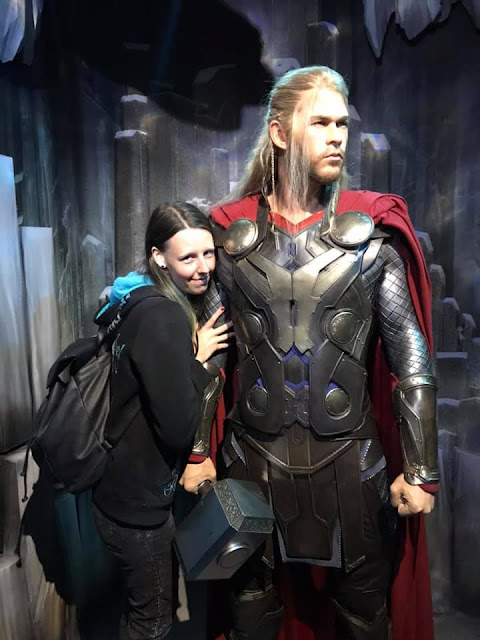 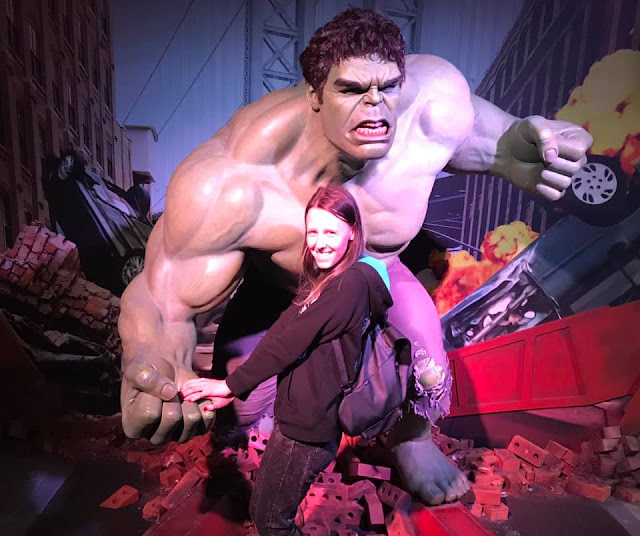 I really enjoyed getting to see some of my favourite stars, such as Freddie Mercury from Queen, David Attenborough and even the stars from Little Britain in the comedy section. There was also a cool Festival Fields area where you could pose in different festival scenarios and see some festival stars on the stage. So much to to be had all over Madame Tussauds Blackpool and I think of of my favourite additions was a mirror maze that you could walk around. Lily found this area really entertaining and fun! 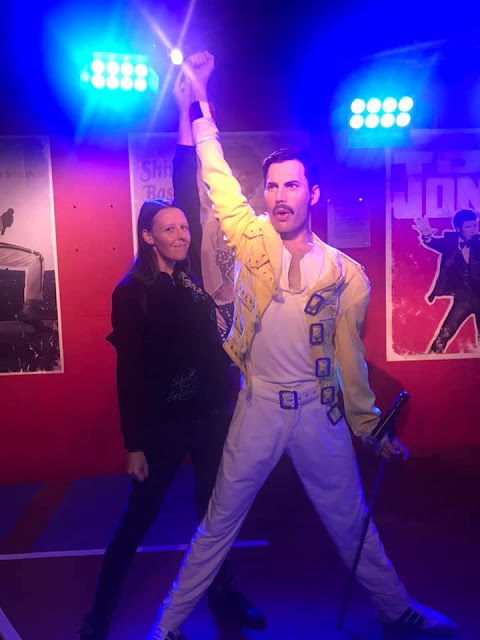 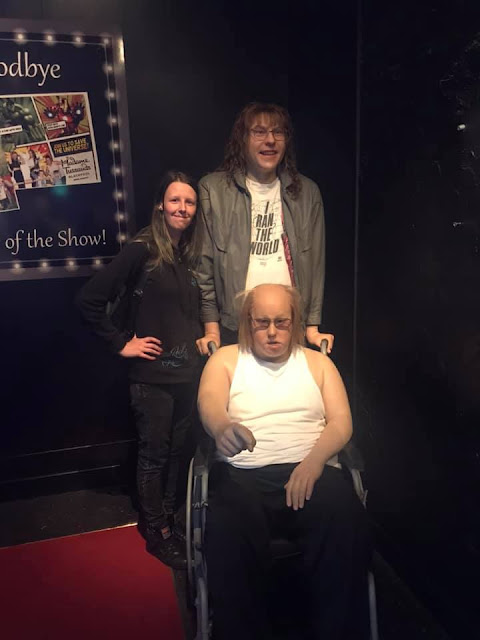 If that isn't enough, there is also a Coronation street section. This area has lots of Corrie stars old and new and you could go and sit in the bar where some of the wax cast of coronation street are sat. The bar is a real bar and so you can actually experience having a drink in the Rovers Return.

The wax figures are made so well, they are amazing in detail and look just like a real person is stood next to you. I really was shocked by how good they were. It is really strange to be sitting or standing next to someone that looks so real but doesn't move! 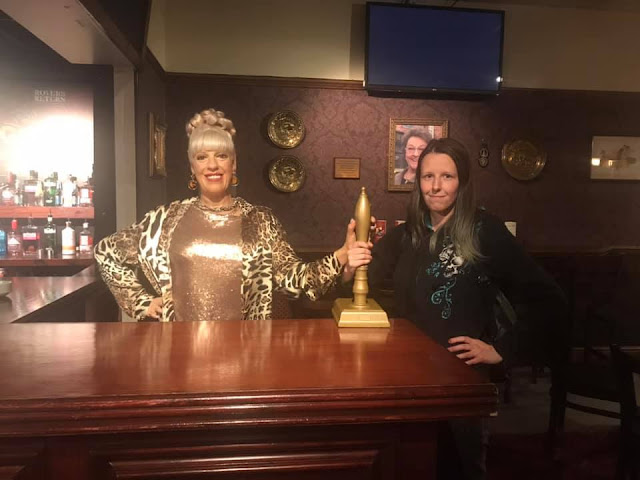 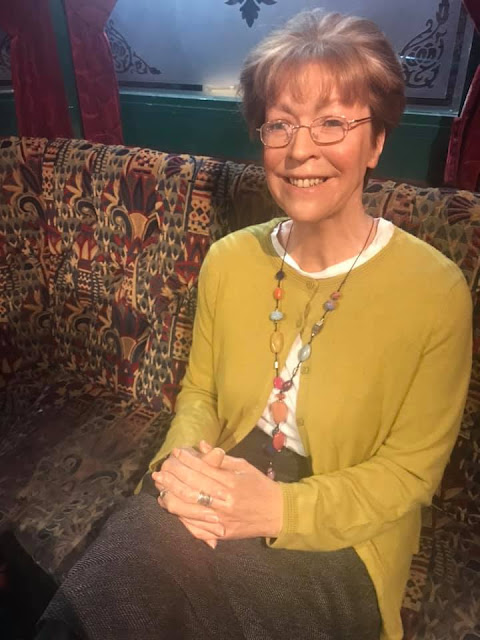 There really is so much going on at Madame Tussauds Blackpool and I must admit there is more to it than I ever thought there would be. We all really enjoyed out day out there and so if its a place you haven't yet visited then it is well worth the visit.

There are all sorts of deals to visit Madame Tussauds Blackpool and ticket prices and tickers  can be purchased on the website.

Have you been to Madame Tussauds Blackpool? What did you think?
Would you like to go if you haven't already?

*AD - We were gifted free tickets in return for the review, all words are my own*

Posted by LilysLittleLearners at 14:45