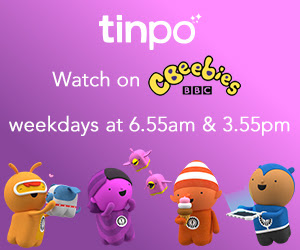 I am so excited to tell you all about this new show which is about to be aired on CBeebies. It is called Tinpo and is all about 4 clever and creative characters that set out to solve problems around their town.

The characters are called Tinpo, Doug-Po, Logi-Po and Hack-Po and they all ride around on their train attending to people problems around the town. They absolutely love problem solving and find fun creative ways to get the problems solved. It is all about trial and error for them and they all work together trying different things until the job is done. They use fantastic and exciting tools to construct ways of problem solving and although they aren't always the most practical ways of problem solving, they are the most fun.

The show is the perfect imaginative viewing for pre-schoolers and is a great show for encouragement of problem solving and being creative in doing so.

Lily got to have a preview of the show and she loved it.

We was sent some episodes to watch, along with some yummy popcorn, sweets and activities. As soon as Lily was home from nursery I let her sit down to have some wind down time and watch this new show. 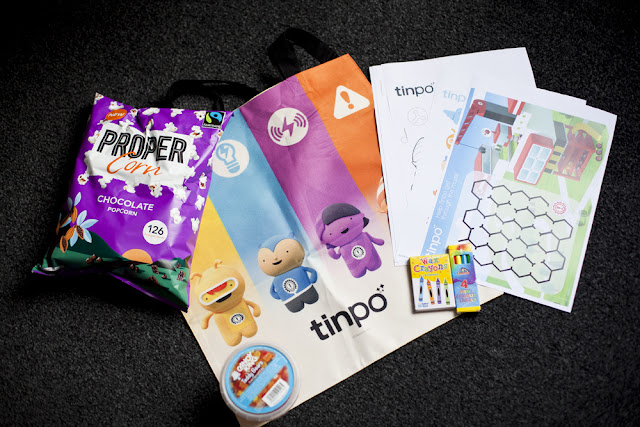 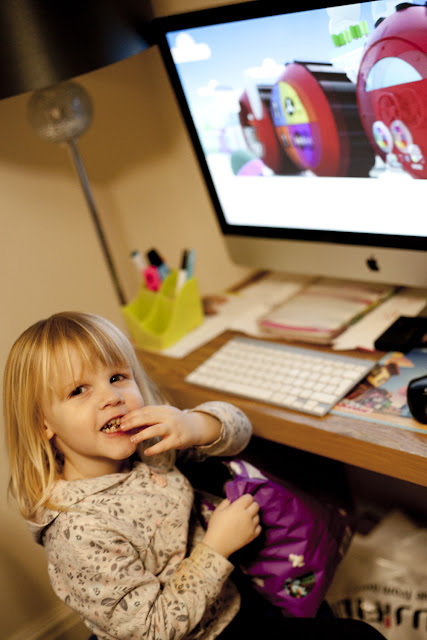 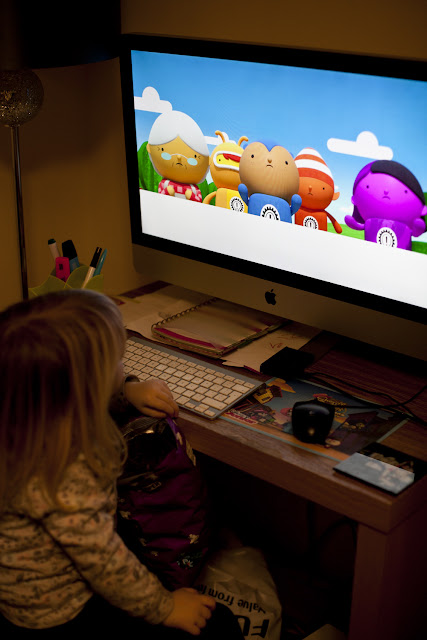 The first thing that Lily thought about the show was that the theme tune was brilliant. She started moving along to it and dancing with her hands with a big smile on her face. I also think the theme tune is great, some tunes can be quite annoying but this one is quite funky and catchy.

Lily was glued to the show and she loved that there was animals involved in the show. She particularly liked the dog that was in one episode. After the first episode was finished, she was soon eager to watch another, and then after she had watched all the episodes, she wanted to watch them again. This does show that this TV show really does interest kids and it is something they will happily watch again and again.

Lily struggled to tell me about what was happening in the show. But I did notice that while she was doing one of the activities that was sent, she went back to the computer screen to see if tinpo could give her any clues to how to do it. So the fact that they are problem solvers must have registered with her somewhere. 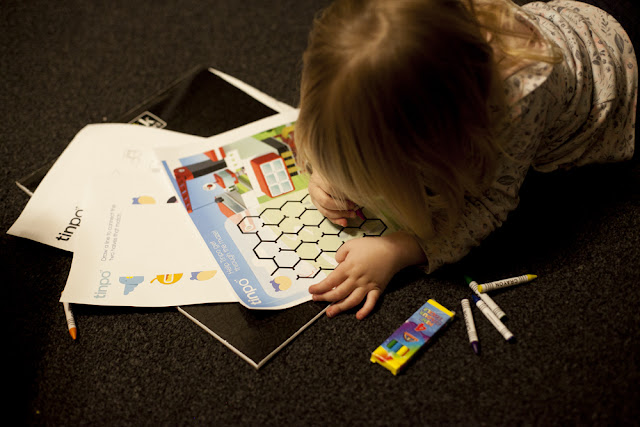 As a parents view of the show, I think it is great. It has many educational aspects showing lots of fun ways of solving problems. But I did notice that the show was also designed in a very educational way with the use of bold shapes and colours.

I also liked that the characters all spoke in a very well spoken manner. I can't stand shows that make voices babyish, use made up words and encourage children not to speak correctly. These characters all used correct wording and spoke clearly, while still being very childlike.

Each episode is around 7 minutes long which I think is a great amount of time to keep children engaged in the episode. It appeals for a younger audience as well as pre-schoolers by the episodes not being too long. 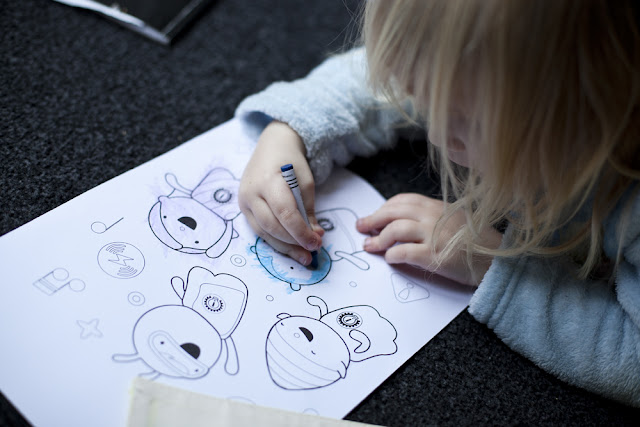 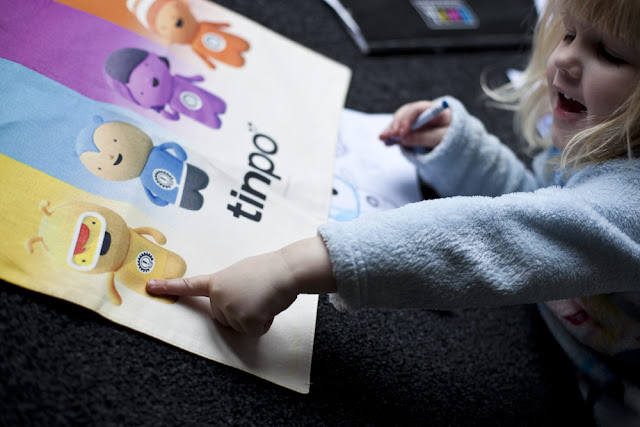 Lily really enjoyed doing her activities after the show, and then again the morning after. She noticed that each character had a certain colour and made sure she coloured in each character in the right colour. I asked her which her favourite character was and she said the yellow one. She also asked if she could watch it again which shows she enjoyed it.

The show aires at 6.55am and 3.55pm each day on Cbeebies and is also available on BBC iplayer.

Do you think your child would enjoy this show?
Posted by LilysLittleLearners at 12:01