I am always so excited when Num Noms brings out something new! So when I found out we were getting sent some of the new Snackable Dipper Num Noms I was very excited.

The Snackable Dippers all come in little packs that remind me just of the cheese dipper type snacks. Which is great. It keeps with the food theme of Num Noms. I have always love the little yogurt pots they came in but this is just a whole new way of packaging Num Noms. 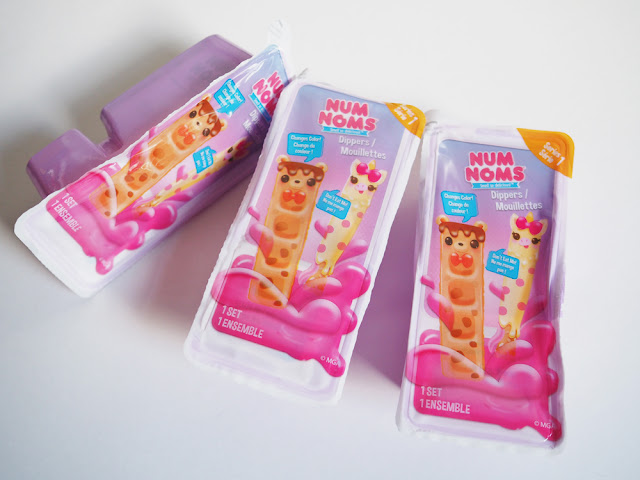 Lily was so excited to try them and the fact that they were really easy to open and she could rip the plastic lid off herself was a great bonus. She just kept saying Wow Wow Wow as she ripped open the plastic and found little surprise bags inside. 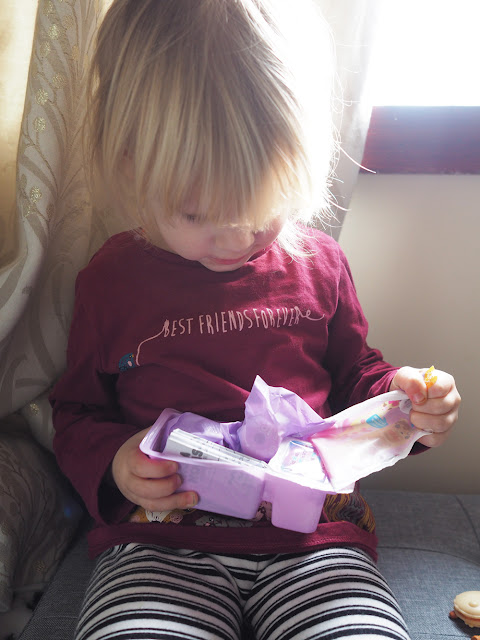 So, Inside your plastic bags are your brand new Num Noms. They still have the Num Nom style with the winking faces and cute food look to them and they still have a yummy scent to them. But they are very different to the classic Num Noms you had when they were first released. They have a totally new look with dipper shaped foods, biscuit shapes and also dipping kebab sticks which you can place more than one Num Nom on. The marshmallow looking one can join the strawberry one on the stick. 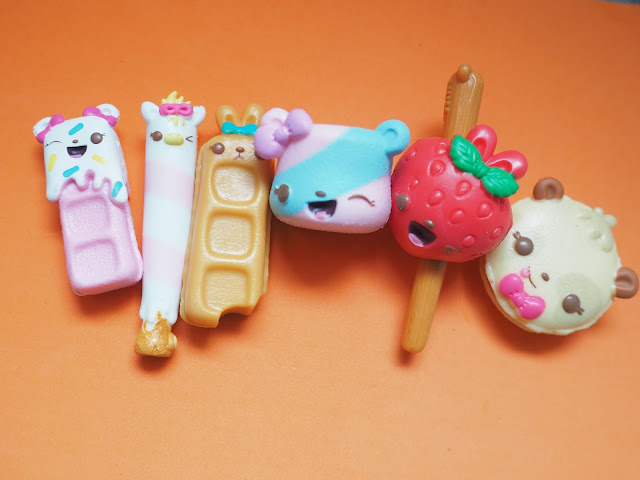 I love them! I think they are totally different and I love the idea that you can add the Num Noms onto kebab dipping sticks. They also smell so sweet which is always a lovely thing about the Num Noms. I think my favourite had to be the little one biscuit shaped one though. It reminded me of a macaroon.

There is one more thing about these special Num Nom snackables. They wouldn't be dippable with out a dip. But of corse they couldn't prove a real dip so instead you get a little pot that you fill with water and place in the dipping section. It says place cold water in so I went to my sink and put some cold water in.

I must admit, I wasn't impressed, nothing happened, it was just dipping Num Noms into water...I read that apparently some 'may' change colour. Surely I didn't get all Num Noms that don't change. 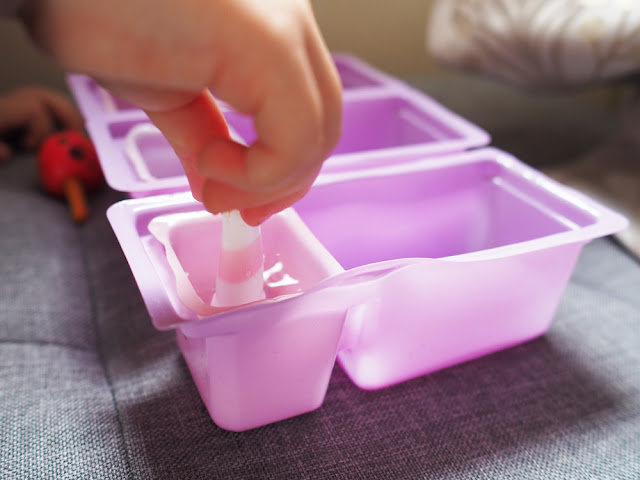 Then I thought to myself, maybe the water isn't cold enough, so I let the water run to its coldest possible, which is pretty ice cold and then filled up the pots again. This time straight away I noticed a change, the little pots themselves change colour. I got 2 orange pots and a red one.

This time when we dipped in the Num Noms we got a surprise with 2 of them that changed before our eyes. The biscuit got chocolate looking splodges on it and the waffle looking dipper got spots on it. Lily was very excited to see the change. 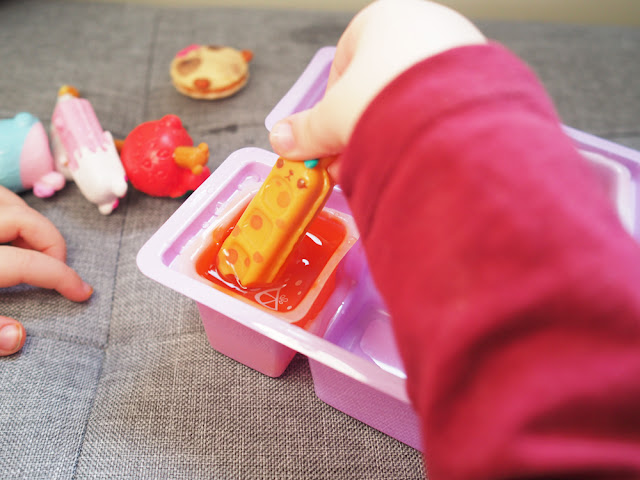 The dippers are £5.99 to buy and you get 2 Num Noms in each. I do find the price slightly high as these are something children are going to want to collect and so the price could add up to quite a bit.

I would buy Lily a pack again as a nice little treat though. She did enjoy them and they are a nice addition to her already huge Num Nom collection.

What do you think to the new Snackables Dippers Num Noms?
Posted by LilysLittleLearners at 12:00