How much do Tv shows influence our children?

I probably let Lily have way much more Tv than I should.

Lily has always been a little hard to distract, and sometimes the only way to get a job done is by putting on the Tv and letting her watch one of her favourite shows that she is compleatly addicted to. Of corse Lily doesn't only have TV time. I fit in plenty of activities and outdoor time during the day but I have started to think about minimising the amount of Tv she gets.

The first thing that has made me think about this is how much I notice her copying things from the Tv. She will start to talk about things or do something and i'm wondering, where on earth is she getting that from. Then I realise its something that has happened on one of her Tv shows.

For example, Lily suddenly started to tell me that her tooth was loose. Im thinking, can't be, she isn't even 3 yet. Any way I check and of corse it isn't loose. I tell her it isn't but she insists that it is. At first I think that maybe one of her older friends had been telling her about her tooth being loose but then one day I was sat watching Paw Patrol with Lily (because as you know, I love paw patrol Ha) and there was an episode where one of the pups has a loose tooth but doesn't want to go to the dentist!
It clicked, thats where she is getting the idea her tooth is loose from.

So while things like her using her imagination from things she has seen on Tv doesn't bother me, there are times I wonder if the TV she watches can have a negative effect on her.

The first thing I noticed was that she was starting to tell me she was scared of ghosts and all of a sudden she wants the bedroom door being slightly left open. I know exactly where the ghost thing has come from and again its from her favourite show Paw Patrol. The episode that she will have got this fear from has a ghost in and the pups are all scared of it. It all ends well when they find out that its not really a ghost and just one of the pups dressed up. But it seems to have left Lily thinking about and talking about ghosts. I now have to remind her that they are not real and that like in the episode, its just pretend.

Mummy's brave and clever words of wisdom are usually believed by Lily and that sorts her out for the night and she does go to sleep. But it just shows you that a few moments of an episode can have a big effect on a child. 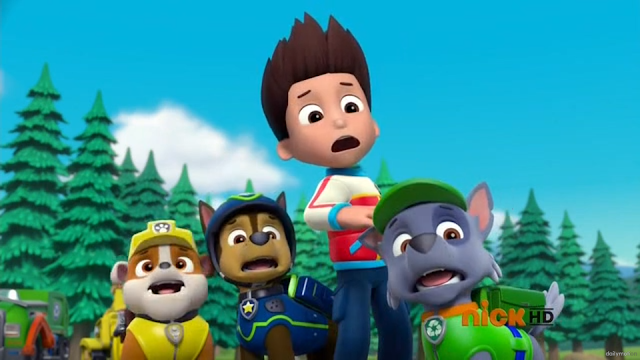 So this leads to me thinking about her behaviour. If she is picking up on things like make believe ghosts, and its making her behaviour scared then what else is she picking up.

I have always taught Lily good behaviour. Im not overly strict, but its important Lily has manners, and behaves nicely to others. One program Lily has started to watch lately that I am not keen on her watching is Caillou. This show is all about a 4 year old boy and his family. It shows all about things that happen in general day life, like playing at the park, having a sister or having a friend over to play. While the show does show Caillou being creative, adventurous and learning new things, it also shows him being a down right little (dare I say it?) BRATT! 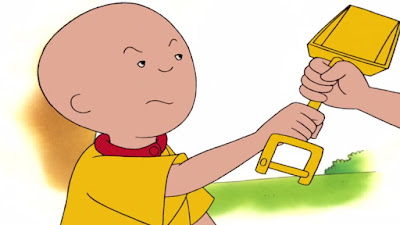 Caillou struggles to share, play nicely, and he seems to demand all the time. In fact I have barely heard him say please or thank you. A lot of his sentences start with "I want" and a lot of the time if he doesn't get his own way he throws a wobbler on the floor and cries or folds his arms in a huff. Sometimes his behaviour has been compleatly unacceptable like for example the episode he pinches his baby sister because he says "he doesn't like her".
Caillou's parents always tell him whats right and wrong, and do always make him apologise. But of corse its a Tv show and on a Tv show they can't be to strict with him. But an action like nipping I believe needs a little more of a discipline action than "thats not nice". I think if they can't show the parents disciplining him then they should not be showing behaviour like nipping.
Another thing Caillou is constantly doing is whinging and whining. "Mummmmmmy this, Mummmmmmy that, Boo Hoo Hoo". I realise that they have based Caillou on what a child can act like, but again its not great behaviour for a child to be watching. 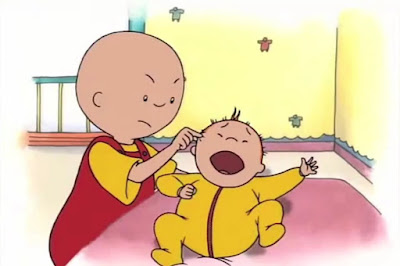 I have noticed that Lily has got very demanding lately and very whiny. I recently said to her " wow your demanding", which her reply to me was "Im not Mandy, Im Lily" as Lily doesn't really know what demanding is.
It does make me wonder how much she takes from a show like this and how much it influences her to act up, or is it just her becoming a 'threenager'?

Caillou hasn't been banned from our home, but I am wanting her to watch it a little less now. I can't remove it compleatly as she asks for it every day and its on the front screen of Netflix where she see's it and asks for it. But I am really trying to persuade her to watch other programmes as not all Tv shows will have negative repercussions and there are a lot of positive role models on Tv.

What do you think about Tv influences on our children?

Do you think that children can pick up Negative Behaviour from what they watch?