If you follow my facebook page you may have seen me post an interesting video on there lately. The video shows a child looking at a shelf of children's books and deciding to look if most of the lead characters in the books are female or male. They then also decide to see what the female story lines are. Are they empowering to women or just princess tales. If you didn't see the post with the video then you can view it here - (Click Me) - I recommend watching it. I found it very interesting.

The results were that after removing all male leading characters from the shelf they ended up with more than half the bookcase gone. Then they removed all books that were princess themed and there was hardly any books left.

I found this test really interesting. Im not one that is majorly bothered if Lily wants to be mainly obsessed with princesses or vice versa and be more interested in cars. I don't go out hunting for things to empower Lily to be any certain way and so I really don't take much notice when it comes to my books to wether it will have an empowering female figure in it. I practically choose my stories because I think they sound fun and interesting. I do though think it is important for children to have good role models and see females do jobs and roles that are stereotypically directed to males and vice versa and see males doing roles that are stereotypically for girls.

So I was very curious to what results I would get. Knowing I had put no thought into wether the books had more male leading roles than female when buying them for Lily.

Lily has a huge book collection. I just love books and we read before bed each night and she gets out stories for me to read during the day too. This test is based on the 105 books that are in Lily's bookcase in her bedroom. They are all stories and not fact books. 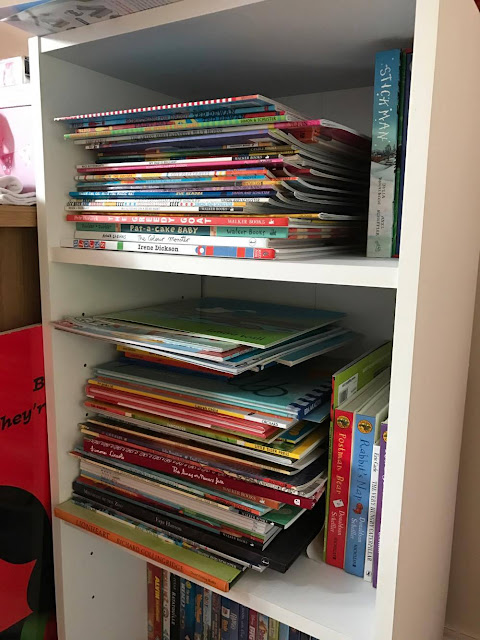 The first thing I did was organise the books into 4 different piles. One pile was for the books that are non gendered. These are generally animals and there are no mention of if that animal is a he or she in the story. Our second pile was mixed roles. Where there was both boys and girls in the story who played big parts in the storyline. The third pile was for female lead, and the forth was the books with a male lead in them. Lily enjoyed helping me place them into the correct piles. Here we are around half way through organising them. 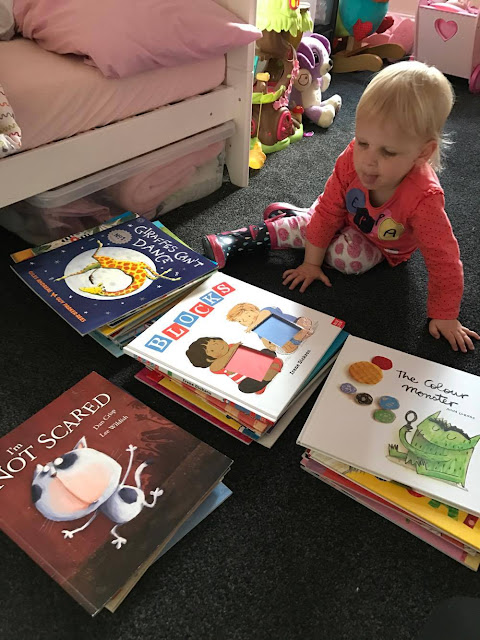 We then had the job of counting up each pile and writing down the results. This is what we got -
So our results showed that even though it was something I hadden't thought about or planned, there was more male lead characters in the books. So now I wanted to figure out WHY? Why was there more male characters than females? What type of stories were mostly boys and what kind of characters were we seeing in them. Were there any empowering women roles? Or were they mainly princesses? Were all the boys roles really boyish?

I looked through all the books and the first thing I was impressed to see is that I only actually owned 3 books that were princess related. All the rest were showing girls doing different things. 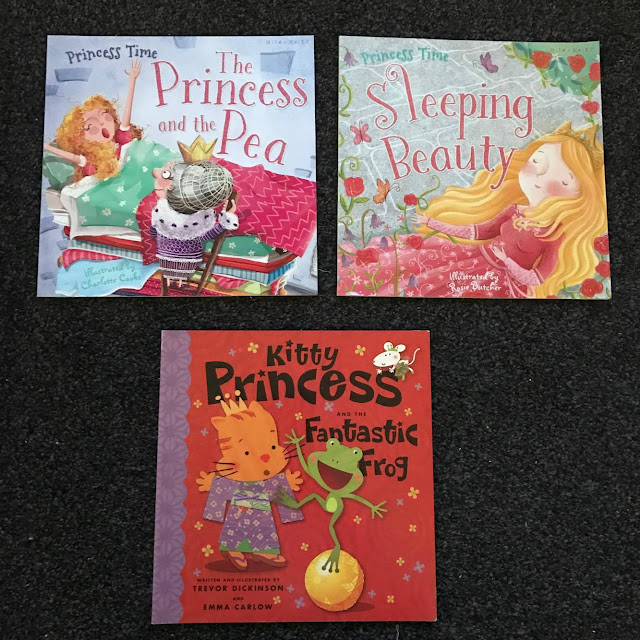 Some other female lead characters I found were Dancers, Witches, Old ladies, Teachers and just girls being childlike and doing non gender specific things like going to nursery, playing at the park, playing with toys and so on. I was hoping to find some stories that were female empowering, showing that girls could maybe do jobs that are usually stereotypically played out by boys. But I only found one and that was The First Hippo on the Moon by David Walliams who had a female hippo that wanted to be an Astronaut. So well done to David for placing a female lead in a character usually played out by boys. Its true that there are also female astronaut as well as male and so its great that David decided to use a female. 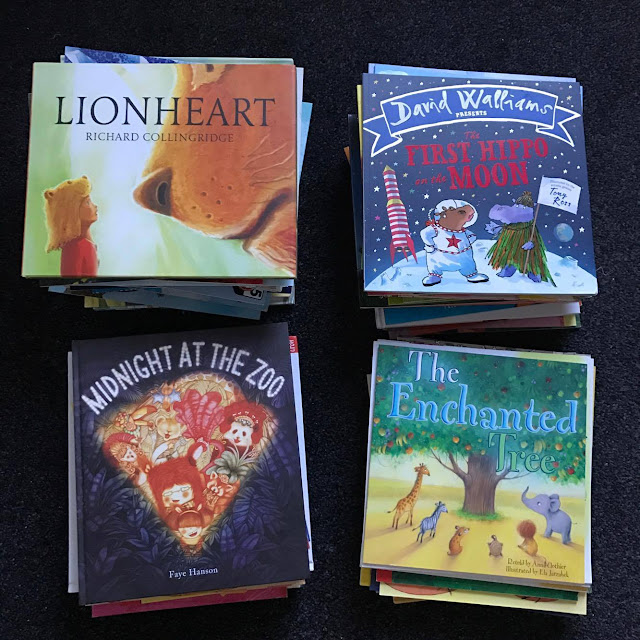 As for the male leads. A lot of the roles were adventure ones and general lifestyle. But I still didn't understand why more of the stories featured lead boys instead of girls. For example a story about collecting pebbles. One of Lily's favourite things to do is collect pebbles so this story could of easily had a female lead for the character. There is nothing that stands out to me as a reason to why these characters may have been chosen as boys by the writers other than stereotypically when you picture a girl you think princess, fairy, dresses rather than adventuring in mud collecting pebbles. It did suddenly dawn on me that books can be very sexist and I didn't even realise it. Maybe the writers also don't realise it? Even all the bears in the books are played by males.

Of corse I can't forget about boys playing roles stereotypically played by girls. Was there any male nurses? Male Hairdressers? Anything like that? Unfortunately not! The only thing I could find was a dancing giraffe, as I would usually see girls in stereotypical dancing roles.

So I do think that maybe there needs to be more thought by writers to who they place as there lead characters from now on. I would love to see more girls having an adventure and not just being princesses or girly girls. I would love to see females have more lead roles like firefighters and doctors and vice versa see males playing roles like teachers.

I think when I buy my books from now on I will be keeping a look out for more female empowering characters like the Astronaught in Davids book. I definetly would love Lily to own more than one book that shows a girl doing something that encourages her to be who ever she wants to be and do what ever she wants to do no matter what kind of job or activity is it.

What do you think about this experiment?

Have you ever done this test on your books? Would love to know your results if you do!!!

What sort of roles would you love to see in books for your little girls or boys?
Posted by LilysLittleLearners at 21:07