Ways to Help your Child Settle into Nursery.

For some children going to nursery may be such an easy thing to do. They may stroll in there with not a care in the world ready to play. Others may get upset, be shy and not want to go to nursery.

Either way I think before introducing your child to nursery there are things you can be doing to help ease the process. But of corse, every child is different and even these tips may not work.
Click here to learn more about how Toddle is helping parents in Australia to find the best child care for their little one.

Here are a few tips I think could help.

1. Take your child with you when you look around the Nursery.

The more times your child see's the Nursery, the easier they will get used to it. At the end of the day, you can't start to tell your child they are going to Nursery when they don't know and haven't seen what one is. After visiting the Nursery, talk to your child about what they have seen and liked. Lily really enjoyed the slide they had there and when looking around she got to go on it. So Lily was really happy to tell me about the slide she went on in Nursery. Then if you decide that is the Nursery they are going to attend. Bring up nursery in conversation and remind them of the things they loved about it.

2. Buy a book all about going to Nursery

There are loads of books out there about going to Nursery. I chose this one for Lily as I really found it very relevant to what would be happening for her. Lily is quite shy and so is the little girl in this book. In the story it shows how the little girl is shy at first but decides to be brave and say goodbye to her mummy and stay at nursery all by herself. It then shows the fun things that Lulu gets up to and then at the end it shows Mummy coming back to pick her up. Lily really interacted with this book and showed a great deal of interest about Nursery. As I was reading the story I asked Lily questions like, are you going to go to Nursery? and Are you going to play with the toys at Nursery? She always answered yes as what she saw in the book was something fun. I think this really helped her also think that Nursery was going to be fun when I told her that she was going to be going. The book also has a certificate at the end and I will be giving this to Lily after her first full day on Tuesday. 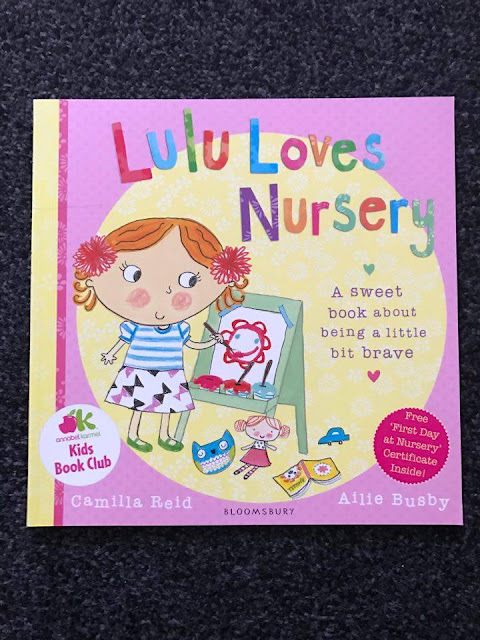 3. Buy a special bag for them to take to Nursery.

Its not a must, but I think that buying Lily her very own bag that was especially for Nursery really helped her get excited for her day. I think its a really good idea to get them one that they will love. Generally they will get their own hook to put there bag on and so for them its good that they see something that belongs to them, stay with them at nursery. I decided to buy Lily a Ben and Holly bag as at the moment its her favourite thing to watch. 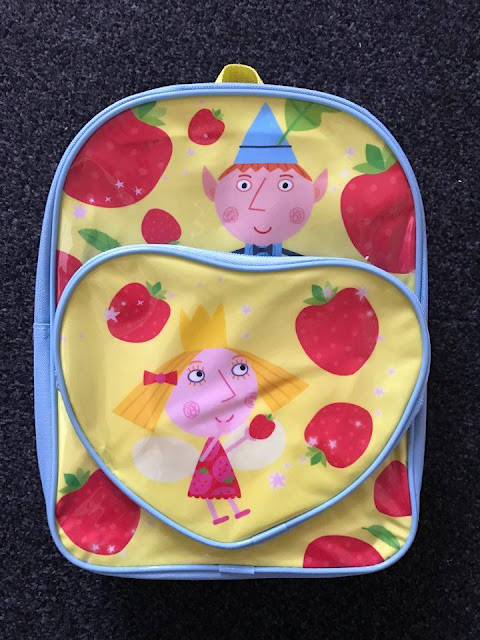 4. Take them Nursery clothes shopping.
Its not a must. But I think its always a great idea to have some clothes that are especially for Nursery. Nurseries do try there best to avoid paint and food on their clothes, but at the end of the day the child is there to have fun and learn and so getting messy is all part of it. If you have a few special sets of clothes that are great for nursery only then it means their best clothing won't be ruined. The reason I say take them with you to buy them is so they can be involved and part of the process of preparing for Nursery. I bought Lily some new trainers for Nursery so then she didn't have to wear her best ones. So when we were buying them she was so excited and was saying that they were Nursery shoes.

Generally children will have settling in days to Nursery now. This will be your child's first real experience of Nursery. I think taking a photograph of them on there first day its a really nice thing to. I think it all depends on the child and if they like a big fuss. If so it can help the child feel like something special is going on and something to be excited about and maybe even be brave about. I took Lily's photograph when we set of for our first settling in day. You can see on her face that she knows she is about to go to Nursery and is generally quite excited. 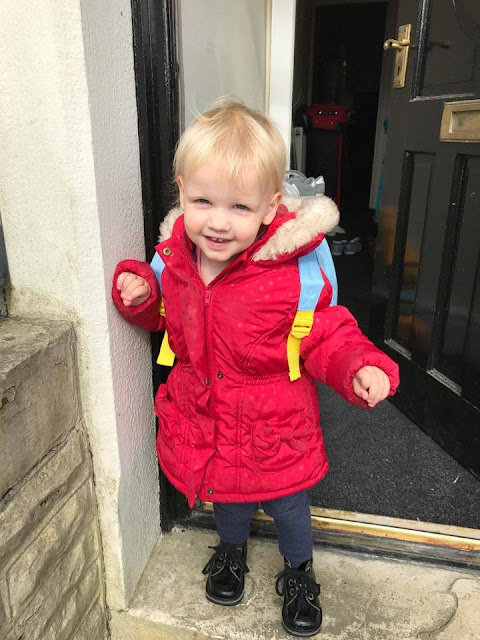 My final tip is one that we probably don't realise we are doing. Sometimes as a parent it can be really hard letting go of our children and sending them somewhere where you are not. You are worried about them getting upset, and worrying if they will be okay. It's really important to try and not let our children see this. I believe they can feel negative energy and so you need to remain as excited and confident about nursery as you want them to be. Leave your tears for when you have left them and they can't see you upset.

Don't forget that all children are different and you may do all of the above and your child may still not instantly settle and may cry when you leave. But from experience with working with children, they are in the best hands and I assure you that not long after you have gone, they will be playing and much more happy.

Did you do anything to help your child settle into Nursery?

Posted by LilysLittleLearners at 21:18