The Potty Training Academy And My Carry Potty

Potty Training. The one thing that a lot of parents dread to start doing with their children. There are rumours that potty training can be really difficult and even some may have said an absolute nightmare. Well not for much longer. The Potty Training Academy are now here to help and for us it couldn't of come at a better time.

Lily has recently started showing interest in using the toilet and potty's. She will always want to come to the bathroom with us, and will generally want to sit on the potty or toilet though usually with her nappy on. She has even tried wiping herself even though she still hasn't done anything on a potty since she was around 18 months old.

Lily is now 28 months old and so Im feeling like it would be a good time to start to get her using the potty. Just like other parents I do feel a little daunted about the thought of potty training, especially because Lily did go from doing so well on it at 18 months to suddenly not wanting anything to do with it for a year. So when I got told by The Potty Training Academy that I would be getting sent one of their kits I felt relief to be getting some help with it all.

As well as the potty training kit I was also getting sent a My Carry Potty which I knew Lily would love as it looks like either a ladybird or bumble bee.

The kit arrived and was all packed up nicely in a little box and Lily got sent the ladybird potty, which has a great resemblance of Gaston from Ben and Holly which is currently one of Lily's favourite shows. So it was the perfect potty for Lily. The great thing about the carry potty to is that it has a little handle so they can carry it around with them. This is really great for independence and making them feel like its their own special potty. 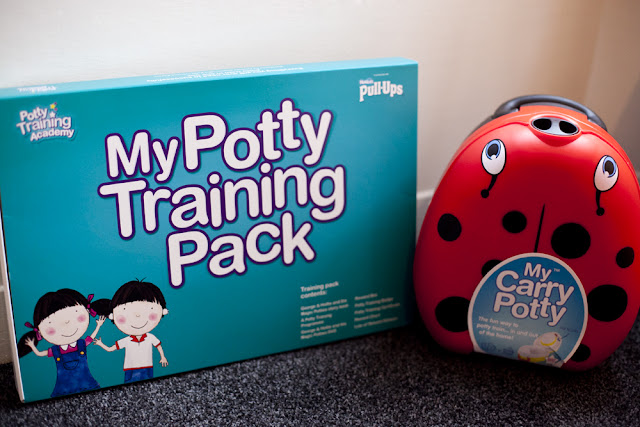 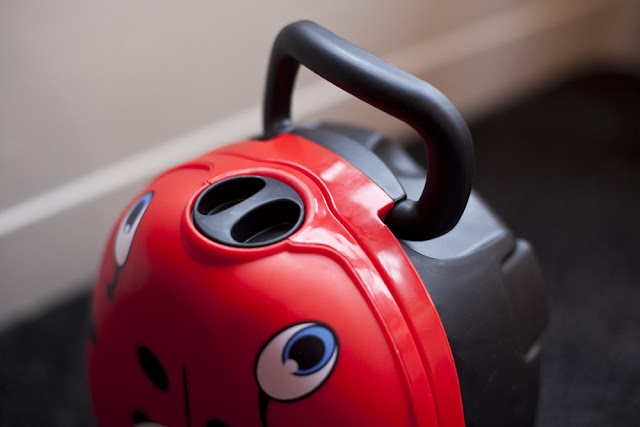 There are so many exciting things in the pack. 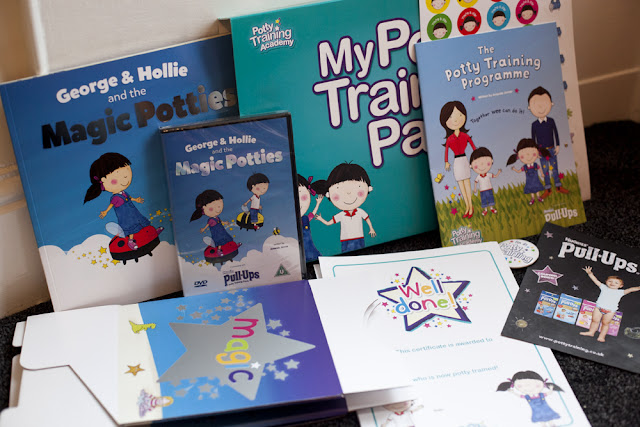 I think everything that is included in the box is brilliant. We haven't been using Huggies but it was great to find out that The Potty Training Academy are in association with them and that they recommend wearing them as they have a layer which makes the child feel the wet of the pull up a little more than normal pull ups. The Potty Training Programme is really helpful, it gives lots of tips and also gives you advice on how to start the potty training. Also some great do's and don'ts. Also having it all written down means you can pass it onto family who may also help with potty training. Its great for us all to be able to follow the same ways.

The DVD and book are both Brilliant. They introduce George and Holly and show their magical potty training adventure where they both get new potty's which they find out to be magical. The potty's are the same as the Carry Potty's and so the same ladybug one that Lily now has. This is great and helps Lily relate to the story and film. In the book and film it shows George and Holly both do really well using their potty's and it shows them getting a sticker and getting rewarded.

The reward chart looks great to. The stickers are nice and colourful and I just know Lily is really going to enjoy sticking them on the chart. It has an area at the top that you can write the child's name on and then the days of the week where you can stick the stickers on when they do a wee on the potty. 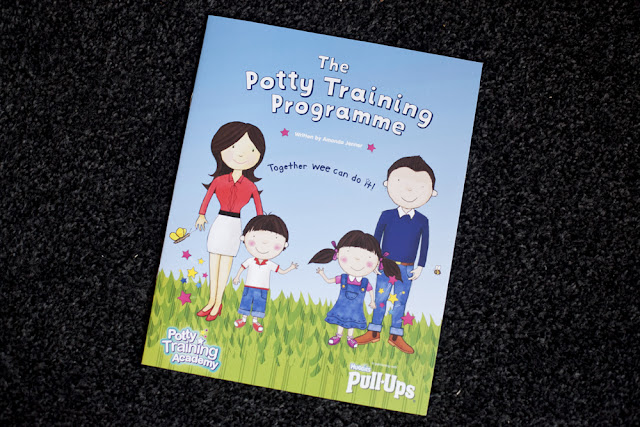 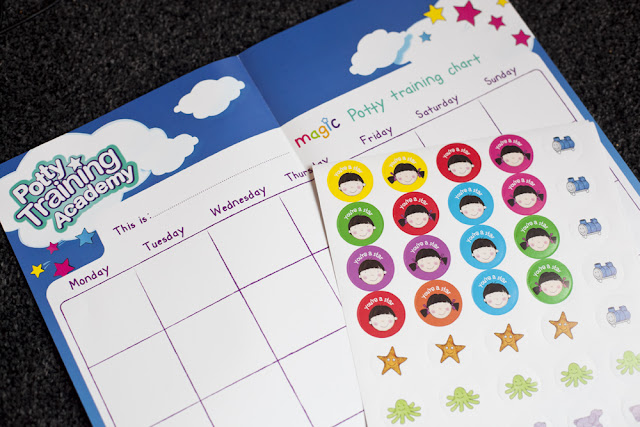 So Lily has started her Potty Training adventure this week. When she first watched the DVD she straight away after said Potty and sticker and went and sat on her potty. I encouraged her to have her nappy off and she was happy to sit on it with no nappy. A great start and so I gave her a sticker which she decided she wanted to stick on her leg. Haha its her reward so I guess she can stick it where ever she likes.

Then the next morning Lily watched the DVD again, but this time she didn't want to sit on her potty after watching it. I didn't force her and thought we would try again later.

Over all this week, we have watched the DVD about 5 times and read the book twice. Lily has been really on and off with the potty, sometimes really happy to sit on it and sometimes not at all and shouting NO IM NOT when I ask her if she is going to do a wee on the potty for a sticker.

We have tried Huggies but there doesn't seem to be a change in behaviour with her nappies being wetter. Either she doesn't notice or doesn't care.

So far she has sat on the potty around 6-7 times this week and I have only sat her on it when she is willing and excited to do so. There have been no wee's yet from her though. I'm really hoping that the first time she does one and gets rewarded and see's her wee in the potty that it may help her get the idea of what she is meant to be doing and she will want to wee in there again.

In the meantime i'm really happy that she has at least sat on the potty a few times. She is really happy to wear her Im in Potty Training Badge and she also loves watching the DVD and reading the book. I will have an update at the end of the month to show how she is doing. 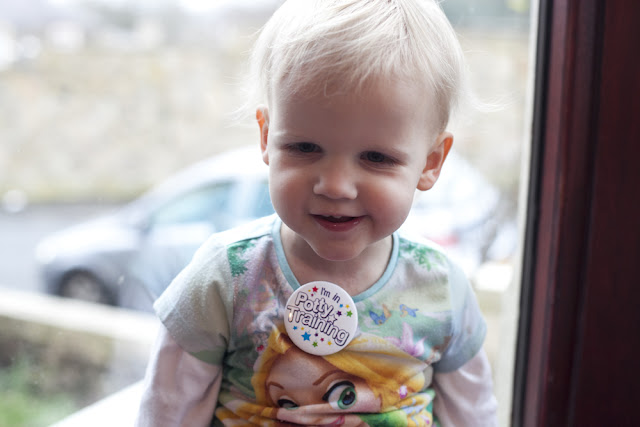 Posted by LilysLittleLearners at 21:44