The title says it all. Lily is still getting called boy, and almost on a daily basis. Its nearly a year on since I posted the first post about how Lily gets called a boy. I really can't believe she is still getting it.

Okay, so she still doesn't have a huge amount of hair yet, but she does have the cutest little curl at the back of her head and its definetly getting longer. She wears a lot of pink and is generally wearing her red coat with bows on. Her little trainers even have pink on.

It was only recently that some one was calling her a boy. I politely corrected her and said "girl" and the lady replied, oh I should of known that she was a little girl, she is wearing pink. I thought, No you should of known that because you have just spent the last 5 min trying to talk to her and she IS A LITTLE GIRL" 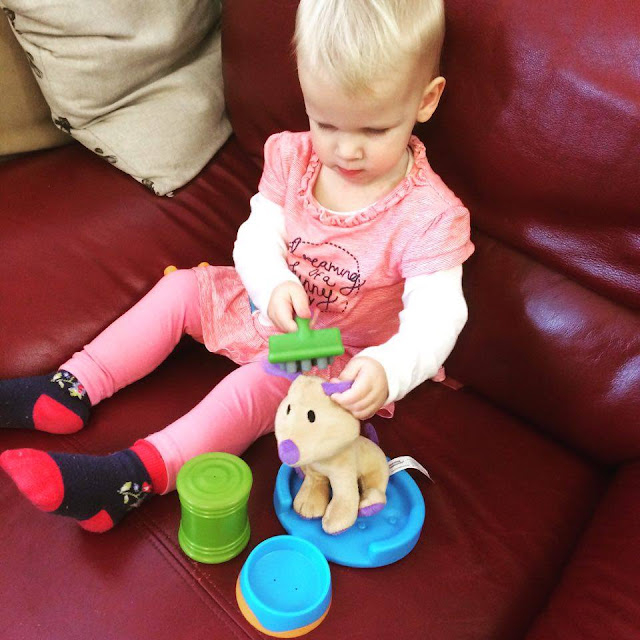 Im also getting a little fed up of people calling her a boy on the blog when people are commenting on my posts and my photo's of her. "Aww isn't HE cute". I really would like to thank those people for taking the time to see that my blog is about my little girl Lily.

Then in a shop last week we got a man saying "excuse me little dude". Which did make me want to turn back to him and apologise for being in the way by saying "sorry madame".

A year ago I though to myself, it wont last long, its only because of the short hair and all baby features are cute and so baby boys can also look pretty. But now she is becoming a toddler its annoying me even more. I don't think there is much I can do about it. Dressing her in pink doesn't work, and I doubt even putting a bow in her hair would work to the people who just don't pay attention. Maybe a sign above her head? What do you think? One that Lily can hit people with when they don't read it and call her boy. Haha.
Lets see in another year if i'm writing the same post!

Posted by LilysLittleLearners at 21:42