We were really lucky this Christmas to get to try and review the Wow Toys advent Calendar. Lily is a huge Wow Toys fan and so for her to be able to get a little Wow toy a day was a great thing to have.

We were sent the town version of the calendar. I loved the look of this one over the other ones as although its less Christmassy than the Wonderland one it looked like it would have more inside that Lily would enjoy.

When it arrived it was much bigger than I expected. Lily was amazed by it and really wanted to open it right away but I had to explain to her that it was to open at Christmas time. With her only being 2 year old I wondered if she would understand that she could only open one a day but she actually did and each day would point to it to open one of the doors. 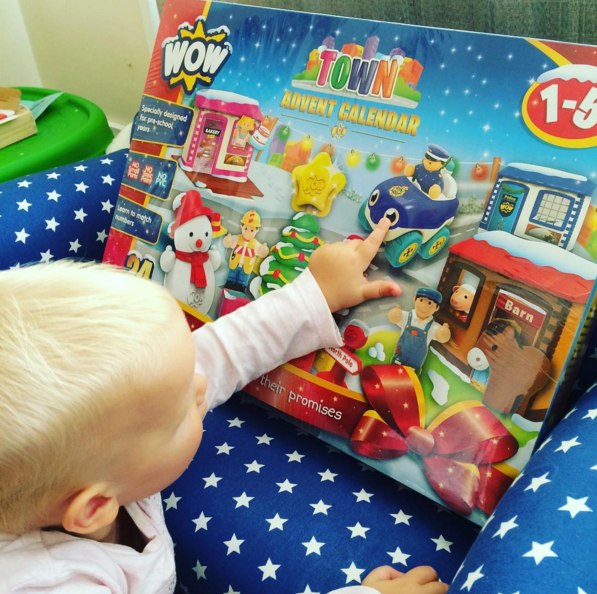 When we opened it on the first day of december it opened up to reveal 24 doors all different sizes and the front of it laid flat showing a image of a Christmas scene. The scene had numbers on it for the toys to be placed on after they have been taken out. So for example. Door 1 had a number 1 space for the toy to go on.

I did have to help Lily open the doors, and if I wasn't careful then she would pull to hard and rip into the next door. We ended up with door 16 open way before the 16th. One thing I would say is that the cardboard is very thin and so rips easy at toddler hands. 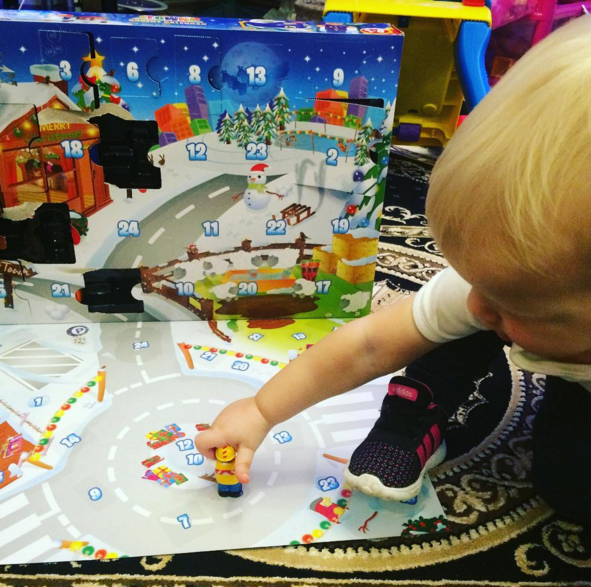 Lily was so pleased at all the toys that came out of the advent calendar. Here is a list of the 24 items we got. (in no particular order)

The main gift behind the doors was the police car and Lily was really excited to get this one as she loves the cars. She also really loved the tree as you could put it toggether and she was very excited to see Father Christmas in there to as she has just started to learn who he is.

She actually enjoyed playing with the calendar and she loved putting the figures back in and closing the doors on them. You may notice some of the doors closed on the pictures and thats because she kept closing them back up.

Here are a few pictures of Lily opening her calendar. 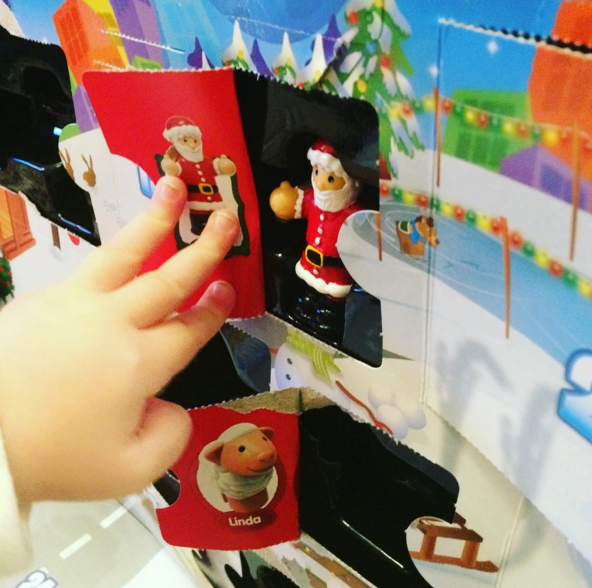 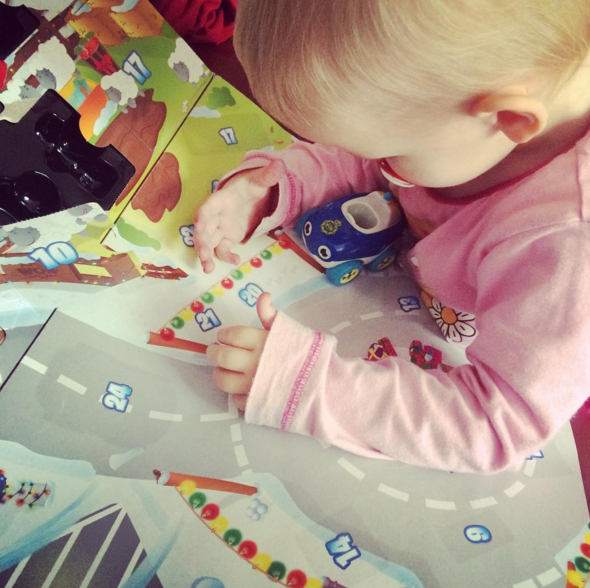 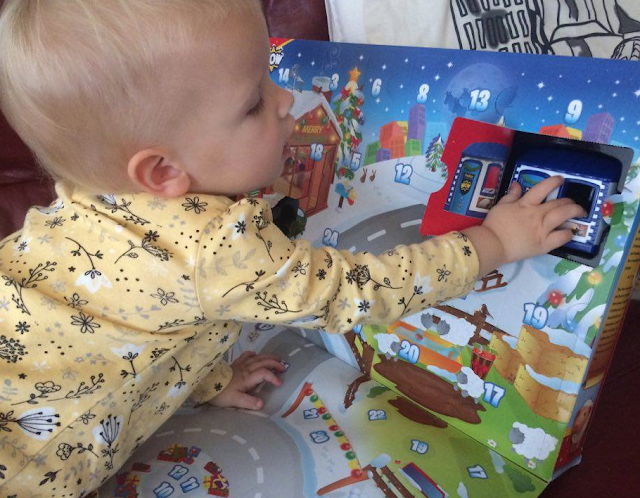 Lily also enjoyed playing with them on the winter scene with the road and numbers, although she cant match the numbers up yet she placed the toys around the scene and used it for imaginary play. I really like the scene and so after using the calendar I cut it away from the box so we can play with it again. 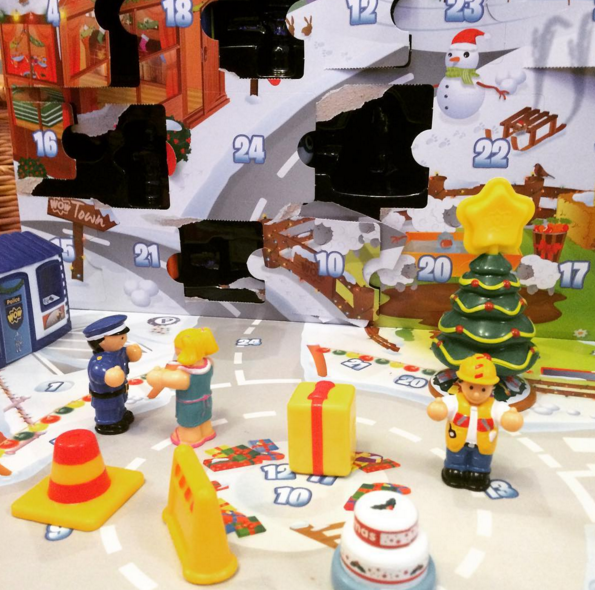 If your child is a fan of Wow toys then they are sure to love this calendar at christmas time. Its also great that they do 3 different themes so you can can enjoy one of these each year for at least 3 years.

You can head to the Wow Toys website to see more and buy yourself one or find out where they are stocked.
Posted by LilysLittleLearners at 12:00