Lily is a huge fan of puzzles and so when Ravensburger asked us if we would like to review this Christmas Friends one I Knew that she would love it and said yes.

I didn't actually know that Ravensburger did puzzles for children so young and so I was really happy for it to be brought to my attention that they make puzzles that are for 18 months plus. 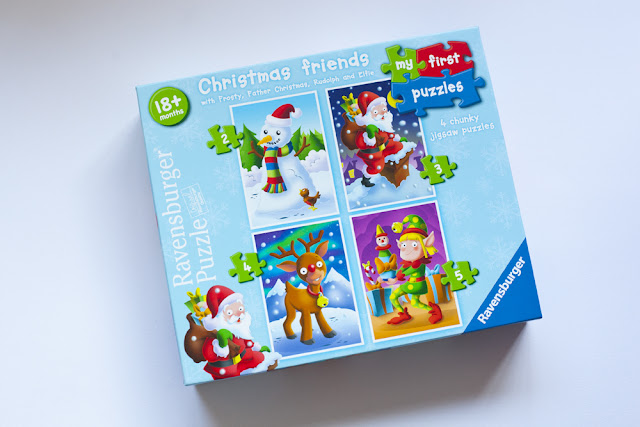 As soon as Lily saw the box she wanted to do the puzzles straight away and brought the box to me. She sat so nicely on the floor and waited for me to get her the pieces out.
Its really nice for her to have a Christmas Puzzle as this is the first year she understands a little more about Christmas and is starting to recognise some Christmas characters. 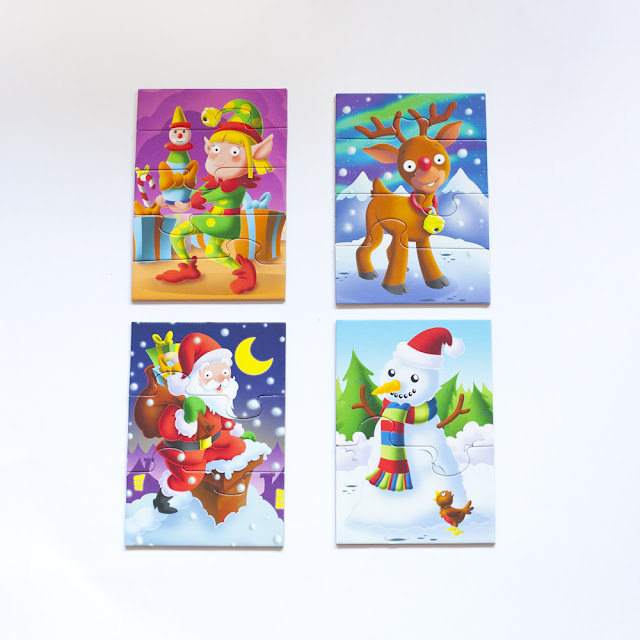 I thought we would start with easy and work our way up. So we started with 2 pieces. This was really really easy for Lily to do and she pushed the pieces toggether really easily. She then said "man" for snowman as she recognised  what it was on the picture. I think If I would of given this to Lily 6 months ago when she was 18 months old she may of found it a little harder. 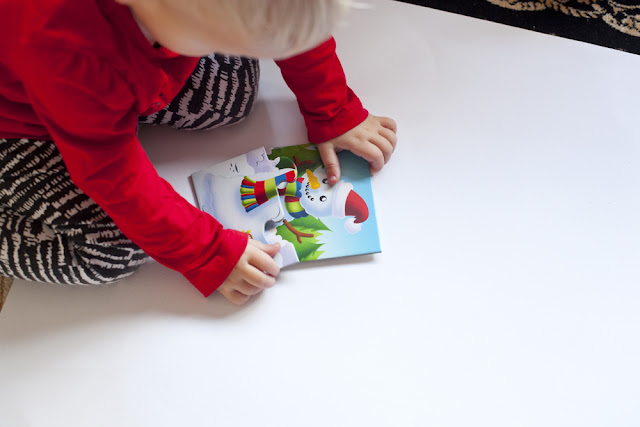 Next up was the 3 piece puzzle, Lily again did really well with this one and pushed the pieces toggether really easily. I did lay them out for her in the correct order though which made it a little easier. She also then recognised that the character on this one was father Christmas which she said "christmas" as can't say father yet. 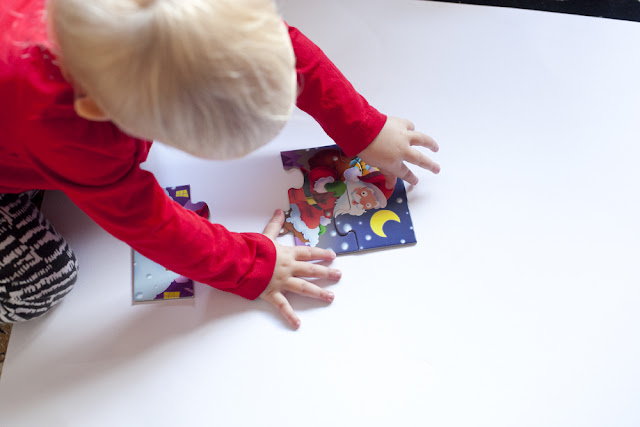 Next up and its getting a little tricker, its the 4 piece puzzle, but Lily still managed to do it. It just took her a little longer. So I decided to mix up the pieces for her to figure out which went where. I thought she would struggle with this but she seemed to get the concept that the pointy out parts slotted into the holes. A few pieces took her a few goes to get the correct way round but it was good that it was getting her thinking. 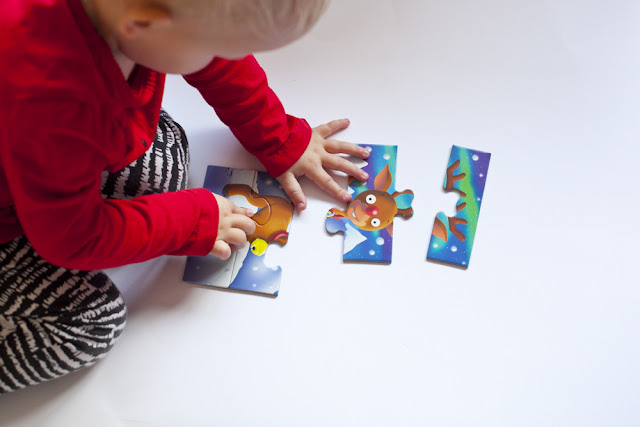 Last but not least was the 5 piece puzzle. This is the one that Lily had a little struggle with and needed a little help. As well as it having 5 pieces, if she got them mixed up she struggled to figure which went where as the image has lots of shapes and stripes and spots in the picture. But with my help she did manage to do it. Its great that there is one puzzle in the box that she doesn't find to easy and its something for her to work on. 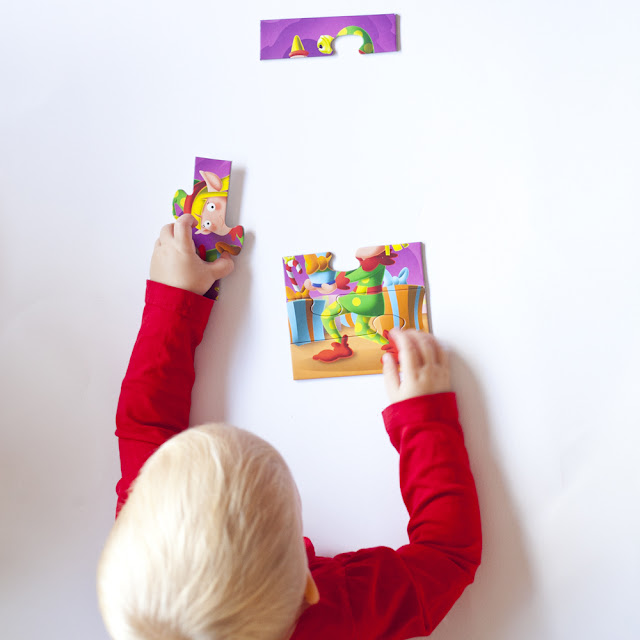 I think the reason the puzzles are so easy to do are the shape of them, being rectangle and going one under each other makes them easy to push toggether and figure out where they go.

I think these puzzles are really good for a starter puzzle and I can see Lily getting this one out quite a few times over Christmas to play with. I don't quite think she is ready for the next level of puzzle just yet as I think she likes the fact she can complete these and it doesn't frustrate her.

You can buy other themed My First Puzzles and see them here on the Ravensburger Website.
Posted by LilysLittleLearners at 09:13