The Most Epic Moments of the Middle Earth 6-Film Collection 1. The End of the Lord of the Rings
When the ring is so close to being destroyed but will he be able to do it. Suddenly a fight breaks out with Golem and Golem gets the ring back from him but this ring needs to be destroyed so Golem gets pushed to his death into the lava. It such a Epic moment to watch golem finally have what he has been wanting and he has such delight on his face until he realises that he is about to loose the ring again, in death.

2. Sam Vs Shelob from The Lord Of the Rings - The Return of the King
When Sam has to battle a giant spider, with may I add, a sword that is rather on the small side. Im not a big fan of spiders so for me to watch him battle a giant one was a pretty epic moment for me.

3. Smaug and the Dwarves from the Hobbit -  Devolution of Smaug.
This was my favourite scene from the Hobbit. Watching the Dragon Smaug kept me so captivated and I loved the location this scene was placed. Watching the dwarves all try and escape and destroy the dragon and the moments where they thought they had got away from him or even defeated him but then Smaug returned all made this scene really exciting. There are so many epic parts to this scene, where rooms go from a cold blue to a roaring orange from the flame of Smaug and he busts through walls, SMASH! This part really kept me on my toes! 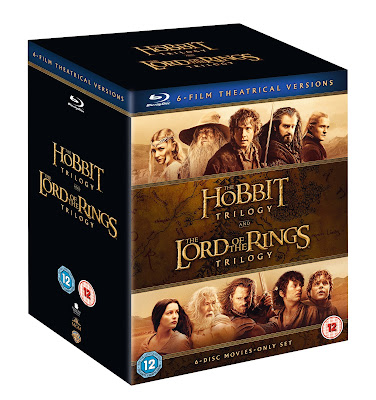 Fans of Middle Earth will be just as excited as me to find out that there is a new six DVD box set about to be released.

I myself have been one of those people that got addicted to watching The Lord of the Rings and the Hobbit and so to now be able to have it all in one box, well I better had clear a day in my schedule.

This DVD collection will make it possible to re live Peter Jacksons epic adventures. Its going to be released as two different collections. A Theatrical Version and a Limited Edition Collectors Set.

The Ultimate Collectors Edition includes 30 disks featuring the 6 films all in their extended edition forms. It comes in six faux leather books and displayed in a hobbit style wooden shelf. Additionally all previous released bonus content will be included in the collection. There are also some premium collectables provided in the set. With an Exclusive 100 page sketch style book with replica, The Red book of Westmarch and two original reproductions of watercolour paintings by artists Alan Lee and John Howe. 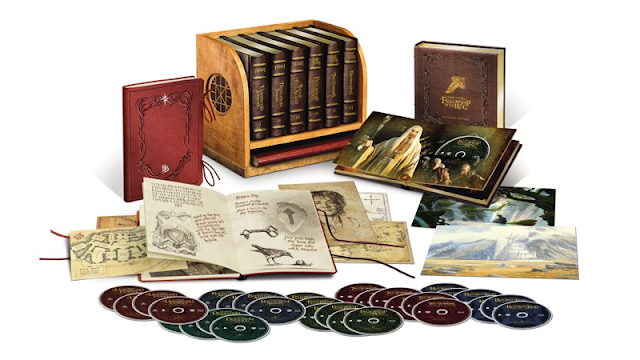 Priced at £35.99 for the Theatrical Version and £299 for the Collectors Edition they both make great gift ideas for Christmas.

How would you like the chance to Win a Set of The 6 Dvd Box set Theatrical Version? Head to my Twitter Page and RT the Tweet to Win.

Posted by LilysLittleLearners at 09:30