Our day out to Bowland Wild Boar Park

Last week we had a lovely day out with my parents to Bowland Wild Boar Park.
It was a lovely day and we had never been before and so it seemed the perfect place for a day out.
We weren't wrong and it was actually even better than expected.

It took us about 45 minute to drive there from my parents house in Burnley, which was the perfect time to give Lily a nice nap before we got there.

As you arrive you pay to get in, and its £7.50 per adult and was free for Lily being under 2 years old. We got given a map and its a really good job we did get one of these as the place is huge. Much bigger than expected and it had a lot more animals then expected to.

Lily really enjoyed walking around with the map and looked so cute doing so, it was like she was going on a little adventure. 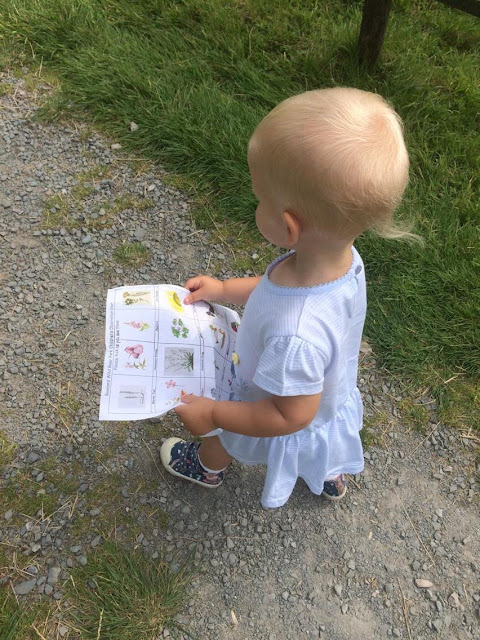 Our first stop was the Meercats. There were lovely and kept running over towards us. Lily was waving at them as they stood up and looked at her. Then there was the Raccoon. I had never seen a Raccoon before so was really impressed to see one. Though Lily was more interested in the ducks that were in the field across from the Raccoon enclosure. Next to the Raccoons were 2 really big Owls. One of Lily's Favourite animals is owls but they were so high up in the cage that I don't think she could see them properly as she didn't seem to interested in them. Which is unusual for her as she normally gets very excited to see owls. Next we headed into the wallaby enclosure. This one you could walk around really close to the wallaby's but they were all asleep in the long grass as it was quite warm and I'm guessing they needed shade.

Lily really like the wooden animals that were dotted around the park and would want to stroke each one that we saw. 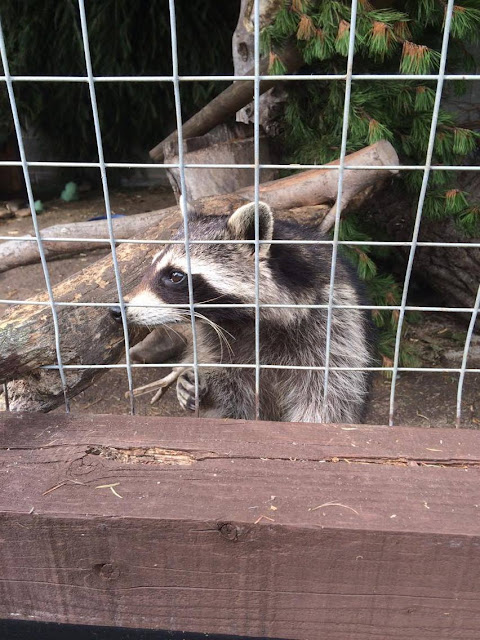 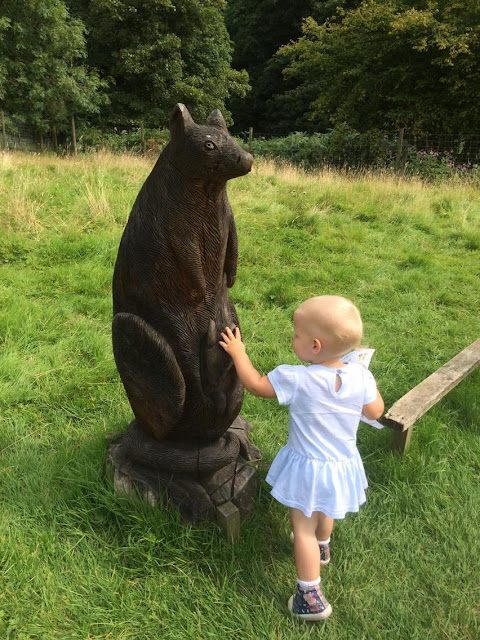 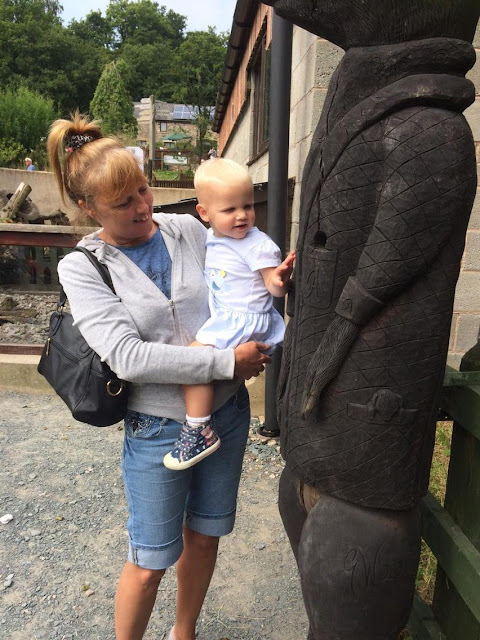 We then headed to feed the goats and other animals at the feeding section of the park. We bought 2 bags of animals feed for 50p per bag and we also got a tub so Lily could feed them to. She was quite happy to hold the tub to the animals to feed them. There was goats, sheep and alpacas. 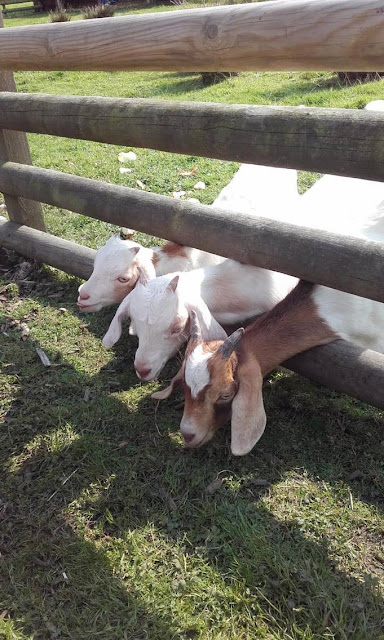 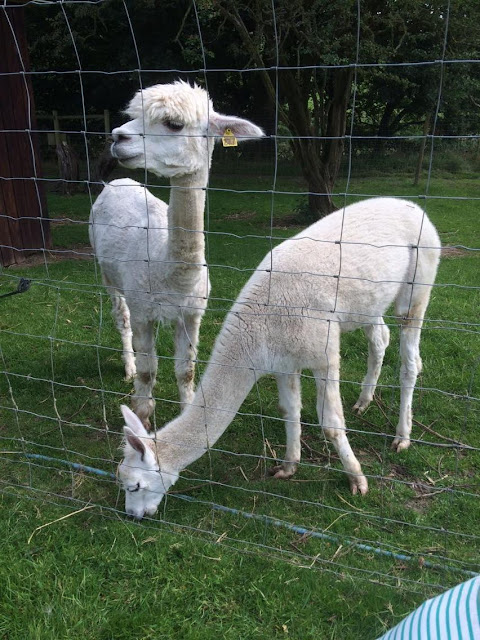 After this we headed to the barn where there was chick stroking. I had never held a chick before and so was excited myself. I wasn't sure how Lily would be but she actually loved it. She sat on my knee and then we sat the chick on our knee. Lily was stroking the chick so gently and really really enjoyed this experience. 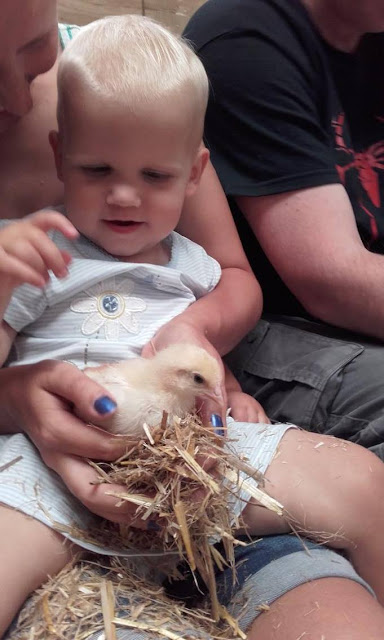 After this we took a little break and had some Ice cream, although Lily just had a cone. She still doesn't like Ice Cream. Haha
We then headed back into the barn to see some other animals. In the barn there was a cow and it had a calf with it. That calf was only a day old. It was a lot bigger than I though a day old cow would be and it was already starting to walk around. Was lovely to see the mother taking care of it. 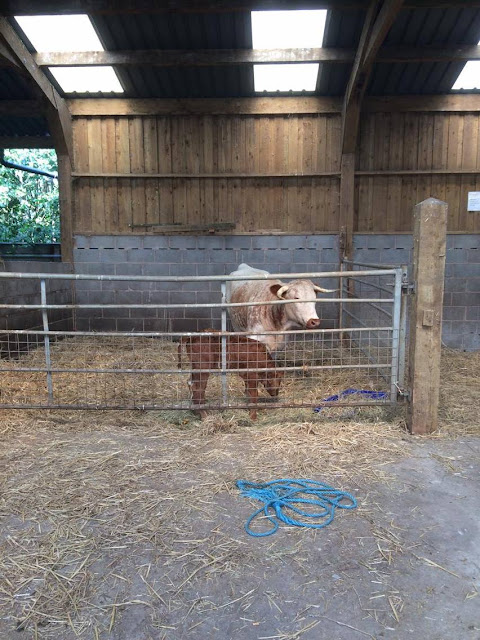 We then went to see the Boars and this was on a nice walk around the countryside. The views around there were just beautiful. As we were heading back we spotted a little enclosure we had missed. I'm so glad we went to look inside it because there was a really cute little baby Wallaby. Never seen one before and wow they sure can hop high. 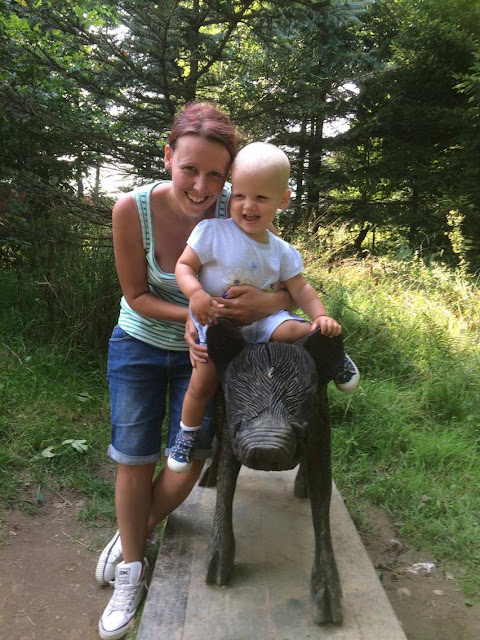 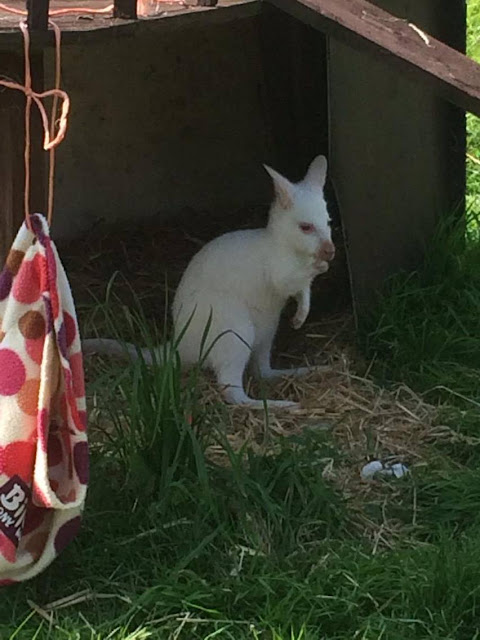 After that we headed to the huge park that was there as Lily had been asking to go on it all day. I really liked this park as a lot of the slides had steps that Lily could walk up herself and So I think she really enjoyed the independence of not needing my help. We spent ages on the slides and she wasn't to happy that we had to leave. But a little trip to the shop and a treat to a toy tractor soon cheered her up.

We had such a great day and would definitely go back.

Have you ever been? Or been to anywhere like this?

Posted by LilysLittleLearners at 11:48