The Gruffalo Live On Stage


We have always been a big fan of the Gruffalo and we own the award winning book by Julia Donaldson. So when we got invited to attend the press viewing of the Musical Adaptation of the Gruffalo I was really excited and was definetly going to attend. 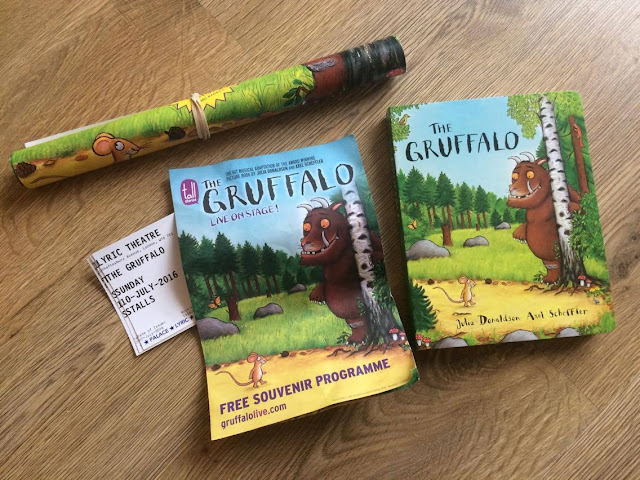 We went on Sunday to the Lyric Theatre in London for a midday viewing of the show. Lily had never been to a show like this before and so I wasn't sure what she would be like. The age guide for the show says 3+ but as it is only a guide I thought I would give the show a go with Lily to see if she would enjoy it.

Lily was quite interested to be somewhere different and although she didn't really know what she was about to see, she seemed excited. 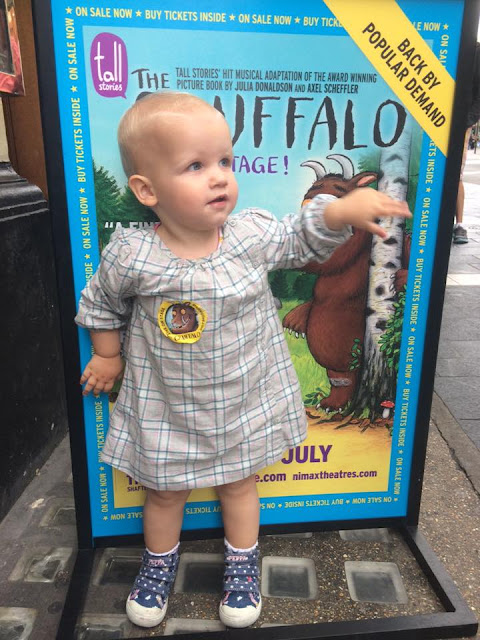 I had never been in the Lyric Theatre before and when we got in there the stage looked brilliantly set up. It was a woodland scene and was set out so well that it really looked like a deep little wood. We sat down and it wasn't long before the show started. Lily straight away was really interested in what was going on and couldn't keep her eyes from the stage and the actors playing out there parts.

She was loving it. Giggling along with some of the funny parts and pointing at the tree's and animals. Then she really enjoyed the parts when they sang and was dancing away on my knee and would applaud after the songs. She actually was a a lot more entertained than I thought she would be and that, I would put down to the show being so brilliant and the actors so enthusiastic. 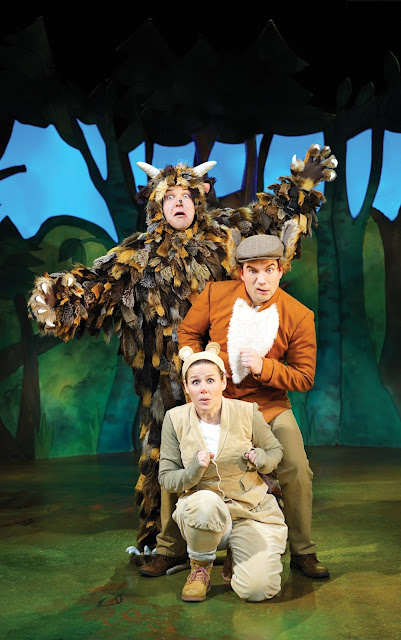 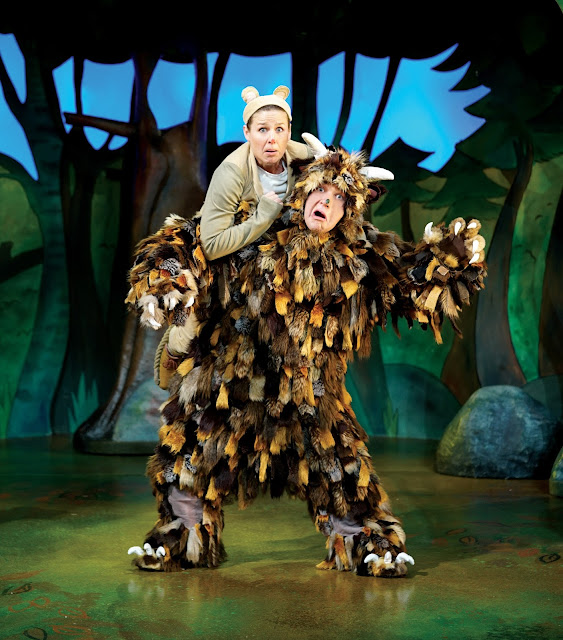 The Mouse is played by Ellie Bell, The Gruffalo is Steve Mccourt and the Predators is Charlie Guest and it is directed by Olivia Jacobs.

As well as the stage looking amazing, the actors did to. I Loved the costumes as they were not over the top but realistic enough for the children to know what they were. Also the Gruffalo's costume wasn't to scary for children.

The actors were great at getting the children involved getting them to roar like a Gruffalo and shout out Gruffalo when she was asking who she was going to meet for lunch.

The show was exciting, funny and had a ton of energy. It told the story of the Gruffalo so well that it makes you fall in love with the tale even more.

I myself had never been to a show like this before and even as a adult I really enjoyed this show.

This show is one not to be missed if your a Gruffalo fan and even if you haven't yet read The Gruffalo I would recommend seeing the show as its brilliant. If it is still running in a few years I will definetly be taking Lily back to see it. 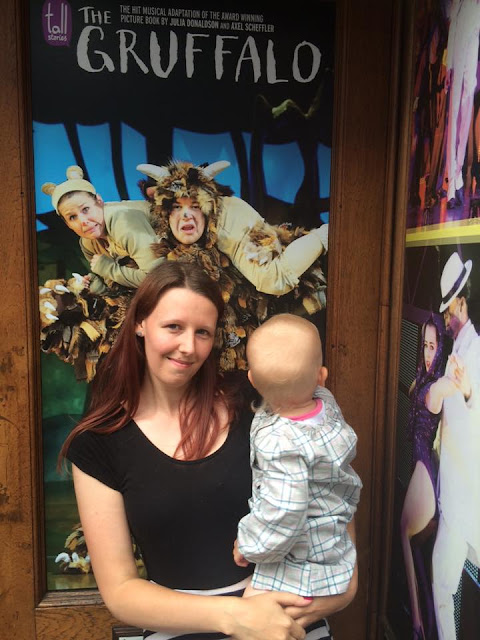 Tickets are available to buy from The Tall Stories Website