So today I have something really cool to show you. They are something that i've seen be used before and so when I found out I was getting sent some from EatWell I was excited to get to use them.


We were sent some LunchPunch Sandwich Cutters!!!! 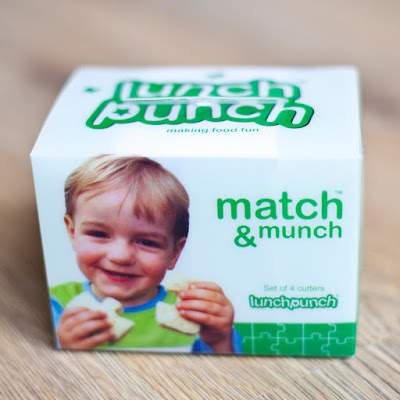 The website has 4 choices of shapes of LunchPunch Cutters which you can see here and we chose the Match and Munch ones which come in the shape of a jigsaw. I chose this set as I felt it was unisex and also the most fun being able to make a little puzzle with it and put the pieces back together.

The set comes with 4 cutters. 2 have 4 shapes on them and 2 have 2 shapes on them. I Love the idea of them. Sandwiches can be so boring for children and also Ive always found it tricky to make a sandwich look neat and tidy.

The cutters are brightly coloured and made out of a nice plastic that is dishwasher safe and PVC Free. 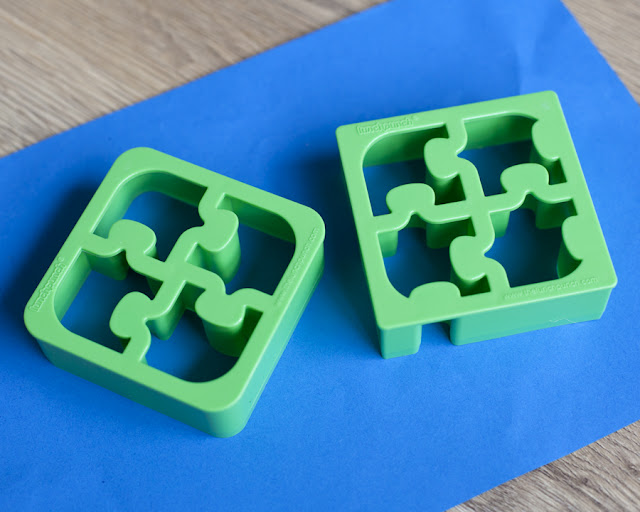 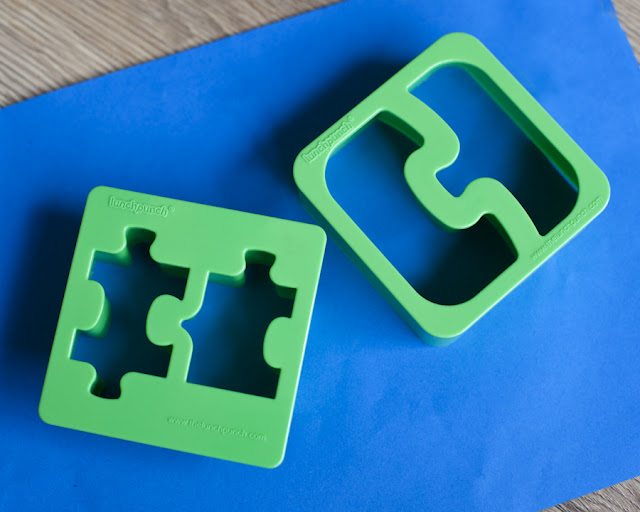 It was lunchtime and so I decided to give them a go.

Lily wouldn't be able to do it herself yet but an older child would love to be able to use these to help prepare their own lunch. I definetly will be letting Lily do it herself when she can.

So I buttered 2 slices of brown bread (bread and butter Lily loves) and placed the cutter on. The bread I had was quite thick and large and so the cutter fitted nicely in the middle of the bread. I did wonder how well the cutter would cut as the plastic felt really light and to look at, it doesn't look like it would cut through the bread. 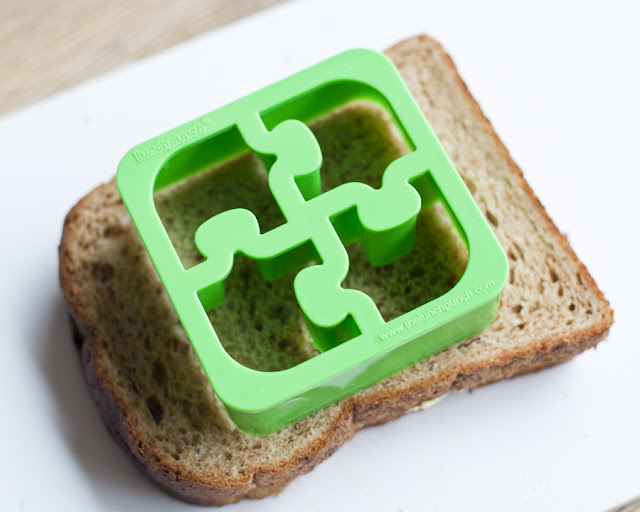 It was actually really easy to do. Simply pushed down and gave it a little wiggle and then could lift the remainder of the bread away.
As my piece of bread was quite large it did leave some bread as well as crust but Lily never eats it all anyway. She defiantly doesn't like the crusts so the fact they were now off was a good thing. I didn't see the extra bread left as a waste as it would more than likely not get eaten by Lily when i do her sandwiches normally. 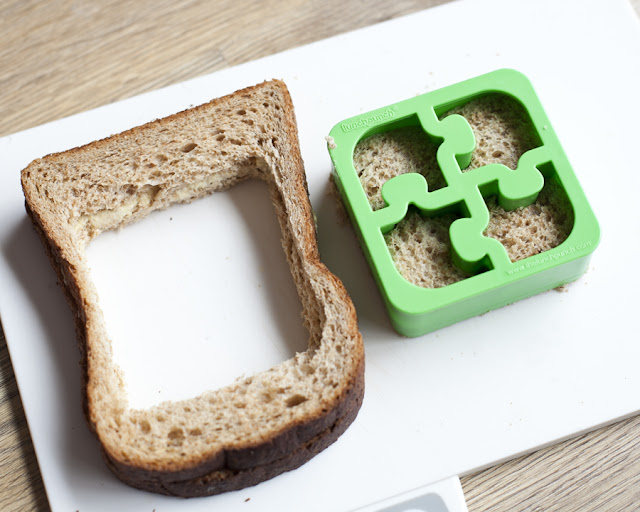 Then to get the pieces out. I gave the Cutter one last push down and wiggle against the chopping board and then pushed each little piece out of the cutter. They all came out so easily and looked a lot better than I expected. The little shapes were so cute and also a really nice hand held size.
I was going to get a really nice photograph with them looking pretty on a plate but Lily actually was so excited to eat her little sandwiches she actually grabbed them. Which is not a bad thing as it means the sandwich cutters did there job and made sandwiches more exciting. 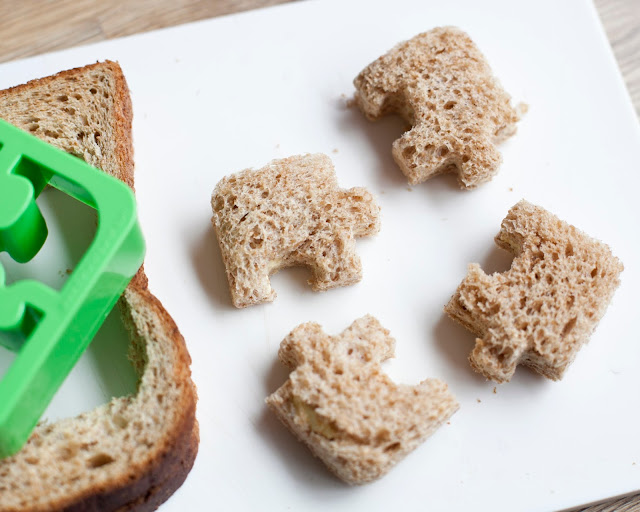 Lily ate a lot more sandwich than she normally would as a lot of the time she would take a bite of each and then be done with it. This time she actually ate full pieces of sandwich.
I can't wait to use these on a more regular basis. I think they are perfect for everyday use, picnics, parties and I will definetly be taking them to my friends playgroup for her to give it a try for the children's sandwiches. 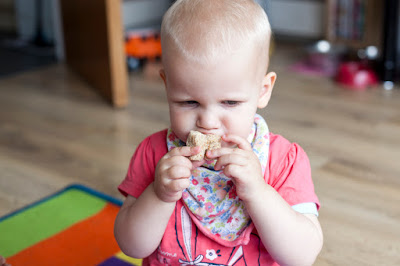 At £12.00 a set I would say these are a brilliant little buy to ensure that you little one eats their sandwiches. We are going to get a lot of use out of ours and so that makes £12 brilliant value for money.

If you would like to buy a set or know more about them, then head to the EatWell website and check them out for yourself.

But you are in luck! We will be giving away one set to one lucky winner. Enter below on the Gleam app for your chance to win.

Win a Lunch Punch Sandwich Cutter
Posted by LilysLittleLearners at 10:02