Hatchimals CollEGGtibles series 3 is now out and so we were lucky enough to be sent some from Spin Master to review.

We were sent a brilliant bundle witch surprise packs and larger packs with 12 Hatchimals inside. 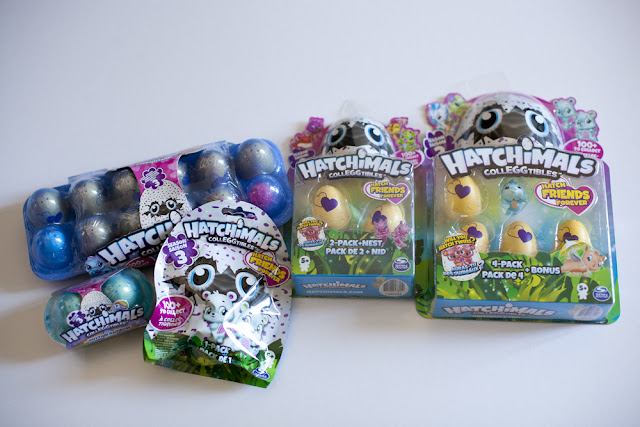 Lily was super happy when she saw the bundle. She just could not wait to open them up. She has had a few surprise bags before and so knew what they were all about. The surprise bag was the first thing she wanted to open.

The one single surprise blind bag is £2.99 and you get one Hatchimal inside an egg. Lily ripped it open straight away to see which one she got. 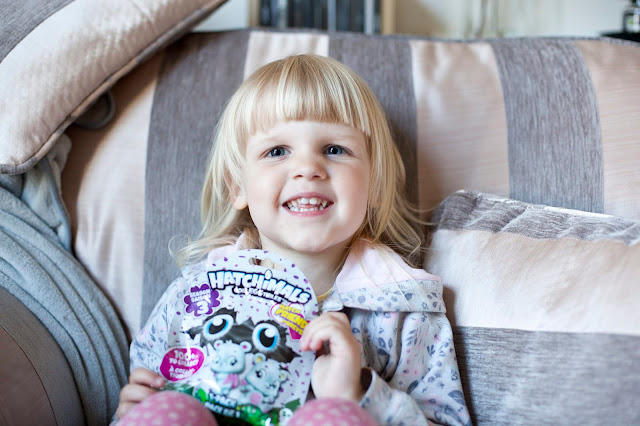 I love that these come in egg cartons, its such a nice way to be presented and Lily loved opening them up to reveal the eggs inside. 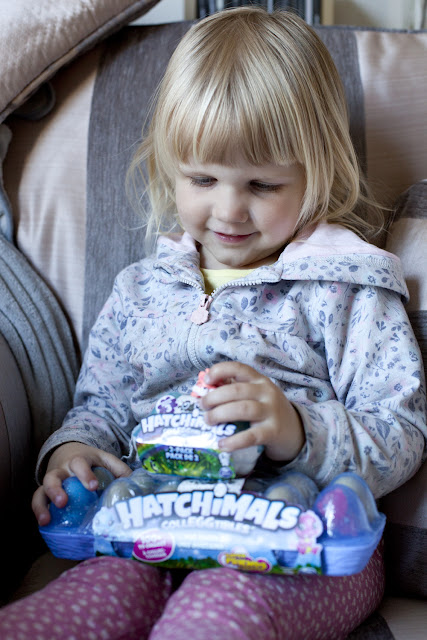 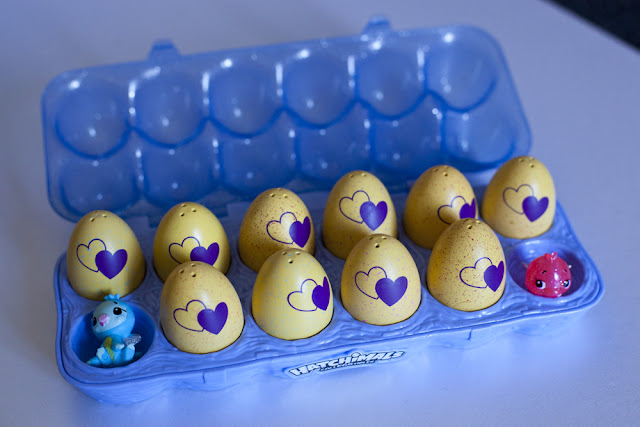 Inside, there are 10 eggs and 2 little extra Hatchimals that aren't inside eggs. Each egg has a cute little Hatchimal inside and also each egg is covered in coloured speckles and has a heart on the front.

The different coloured speckles are to show which group the Hatchimal inside belongs to. So you could have purple speckles for the Jungle set, or you could have a pink one from the Garden set. You can find out which Hatchimal belongs to which set by looking on the little collectors leaflet that comes with each set. After seeing which set the Hatchimal comes from its then time to open it.

First you need to rub the little heart on the front, you will soon see that it changes colour. When it has changed colour this means your Hatchimal is ready to hatch and you press in the little heart to crack open your egg. Lily did struggle with the initial first crack of the egg, so I did this for her, and then she pulled off the rest of the egg to be able to pull out each Hatchimal. As she did this, her face was brilliant and she said "wow", and "awww" to each on she found. 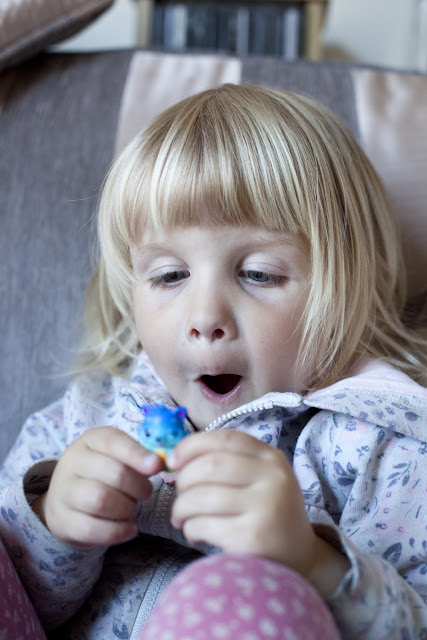 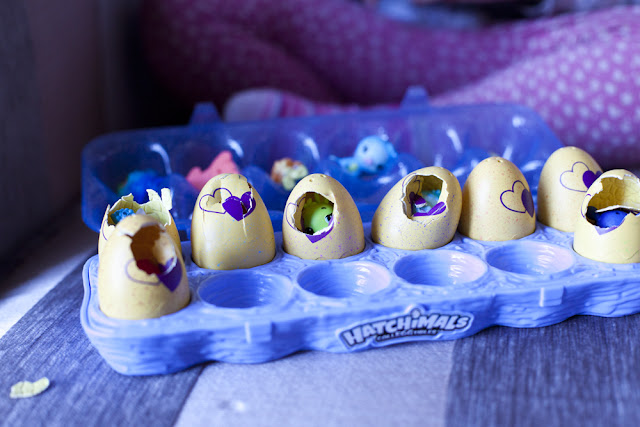 Inside the eggs, you also have a chance to hatching Twins and there may be 2 little Hatchimals in one egg. We were really lucky to find some that had 2 in one egg which Lily was delighted to see. 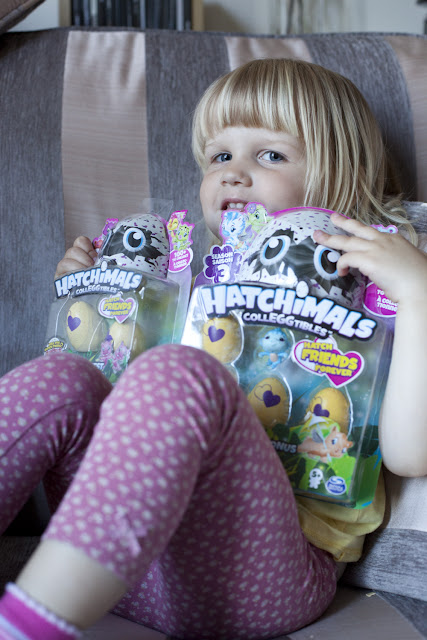 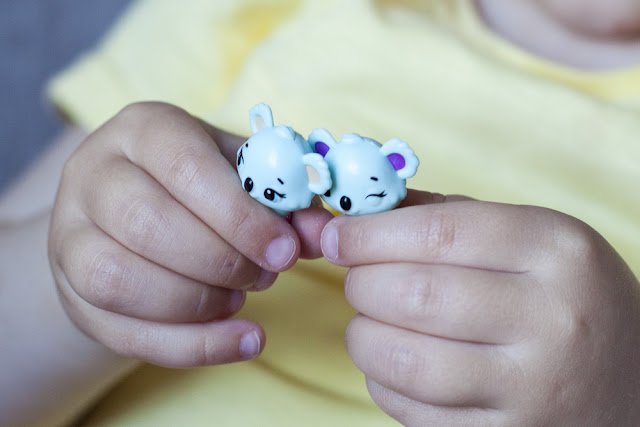 After you have opened all of your Hatchimal, you can then check them against the check list on the little leaflet that comes with. Under each picture of the Hatchimal there is a little wings symbol, and the wings symbol colour determines if the Hatchimal is common or rare or ultra rare or limited edition. We ended up getting some rare ones and a limited edition one which we was very impressed with.

The Hatchimals are so cute and the little nest that comes in one pack is a great place to sit your Hatchimal in. Lily's collection looked great when we put them all together.

My favourites were the really colourful ones, and some were also just so adorable too. 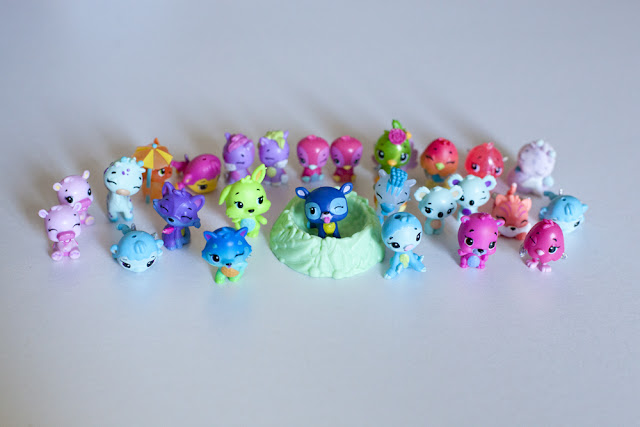 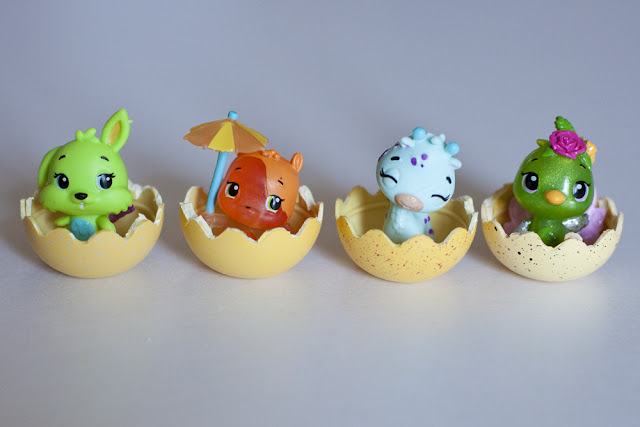 Then there is even a FREE app to download, where you can hatch new hatchimals over at Hatchtopia which has different areas to explore! Then when you’ve hatched them, you need to look after them, keep them happy, and play with them. It sounds great fun!

These toys are aimed at 5+ but Lily absolutely loves them and wants more. They can be bought at most toy retailers and if you want to find out even more about them then head over to the Hatchimal website.

Would your child enjoy collecting these?

Posted by LilysLittleLearners at 14:46 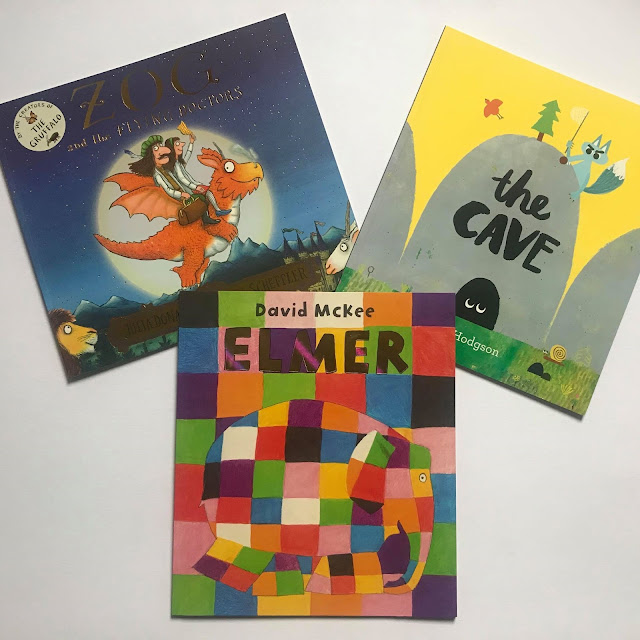