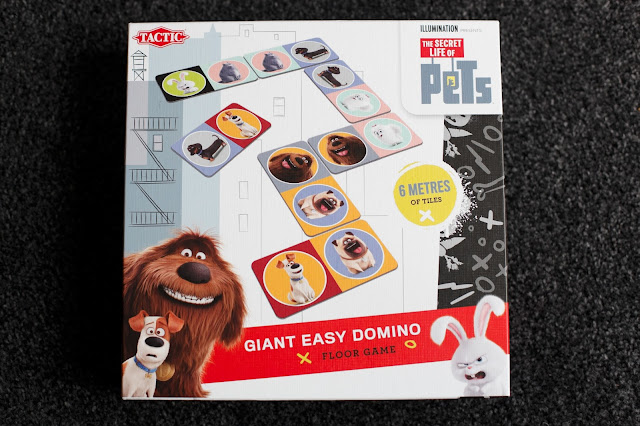 Lily loves playing games and so when I got offered to review The secret Life of Pets Domino game from Tactic Games I just had to say a big YES.

Although this game is recommended for children aged 3+ I just knew that Lily would get the concept of the game and with my help to be able to play it.

Lily could not wait to get this game out and as soon as it arrived she was bringing it to me to play with. So I cleared a nice big space in the living room, sat down and got it out for her.

The game looked great as I opened the box. The characters on them are so colourful and animated and the pieces are such a good size for Lily to be able to see the animals clearly on. The dominoes are made from a really nice thick card to which is great as a child should be not be able to bend them easily. Lily has always been quite gentle with her toys though so its not some thing I have had to worry about. The back of the cards also have a great pattern on them which was nice to see instead of them being plane. 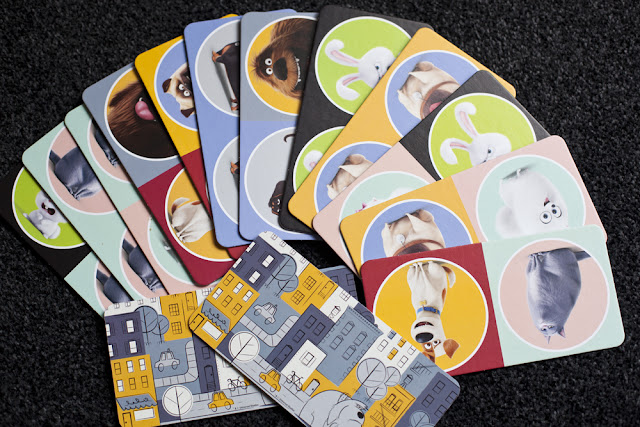 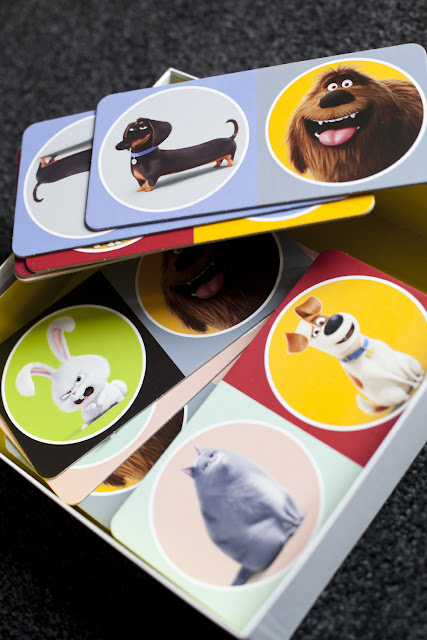 Inside is 32 Giant Dominoes and some rules. In total the Dominoes make up to 6 metres of tiles. The setting up and playing of the game is really easy. You shuffle the dominoes and each player gets 4 tiles each to start with. The rest of the dominoes are kept in a pile face down. The youngest player starts the game and puts down a domino. As they do, they pick up another from the pile. Then the next player has to match either end of the domino from one in there selection of 4. If they don't have a matching domino, they need to pick up from the pile and if that one they have picked up matches then they can play it, If not then it goes to their 4 to make 5. If they do already have a matching domino then they put the domino down next to the match they have made. They then pick up another domino making them have 4 dominoes again. The game carries on until the first player has no more dominoes left. A tie is possible where players each have a domino they can't play.
There are also special dominoes with a group of pets on. This domino can be placed next to any domino meaning you don't have to pick up a card. 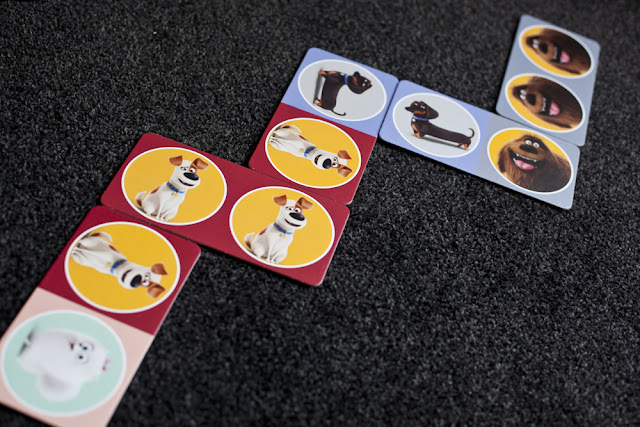 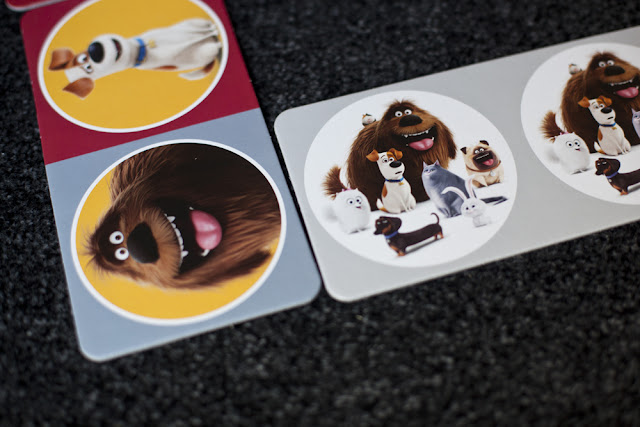 So how did Lily get on with the game? I had expected Lily to be able to understand this game and play but she did much better than my expectations and played the game really well. She understood the matching of the cards, understood when she had to pick another card up and also took turns really well. Lily played the game to the end and we ended up having a tie. She loved playing so much that she wanted to play all over again. It wasn't until the 3rd game that she got a little bored and we decided to end it there and put it away. For a 2 year old she did really well. 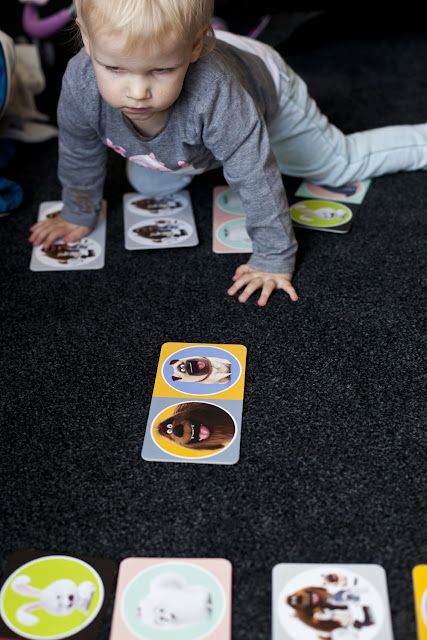 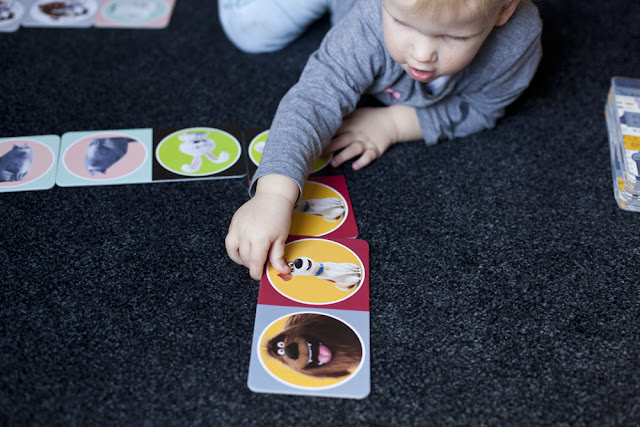 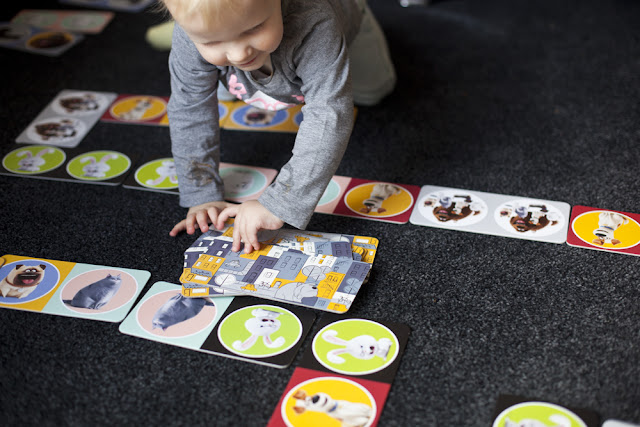 We really enjoyed playing this game. Even I could happily play this game over and over again. The game is so good for helping your little ones concentrate and also help their matching skills. Its also really good for their hand and eye co-ordination having to get the domino next to the other one. There were time when I had to help Lily with getting it straight next to the other domino so this will be great practice for her.

I would really recommend this game for your child. Especially if they are a big fan of The Secret Life of pets as I think the pictures on the dominoes are great.

The game is £12.99 and can be bought from the Tactic Games website.

Who would you play this game with?
Posted by LilysLittleLearners at 11:00

Books to Read to Help your Mind

There are so many books out there on the market to buy that are all about helping your mind. Daily life can be hard and sometimes we don'... 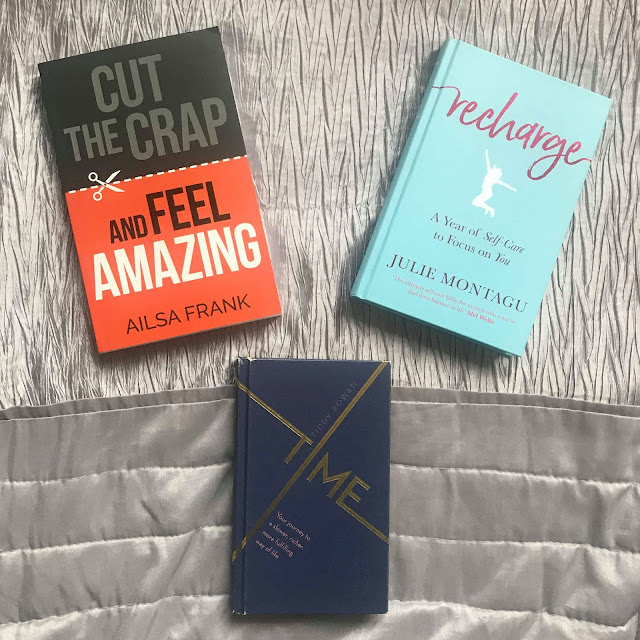