One thing that you pick up as a parent is the art of multitasking. Apparently women do it better than men and I think the reason for this is because we are the ones who have the children and may need the skills more.
But then again there are loads of stay at home dads now, and dads play a bigger role in taking care of their children than they did in the past and so Ive definetly seen some great multitasking skills come from dads to and I think because of parenting they are definetly getting good at it.

I think I must multitask on a daily basis. Though I never realised it. Only the other day I had Lily in one arm, a carrier bag in the other hand, and the bucket we had just been using at the beach fell out of the pram. Rather than put down Lily or the bag I decided to pick it up with my foot and place it into the pram. For me it seemed easier than the concept of putting Lily down and having to stop her running off, or putting the bag down and break my back trying to bend and pick up the bucket. 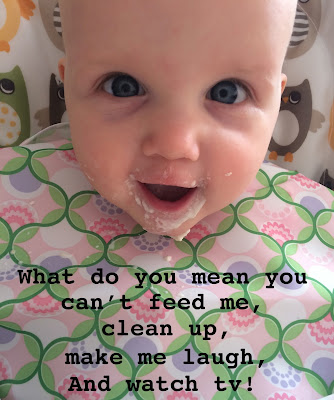 When thinking on the subject of multitasking I decided I would love to share with you some stories from other parents and see what wonderful (and funny) things parents have done when multitasking.

Here are 5 stories from some fellow parents and bloggers.

First up is Mo from Adventures of a Novice Mum who has a hair multitasking story to share with us.


"I remember a period when the only way I knew to successfully plait my toddler's hair was to breastfeed him. It involved breastfeeding whilst parting my toddler's hair into rows with my comb, combing the parted rows with my fingers, then cornrowing each one one, whilst making up the hair style. As you might imagine, it involved lots awkward stretching and aching contouring. I won't even try to list all the skills involved in this multitasking achievement."

Second is Jo from Miracle Max who found it can be other people who spoil all our multitasking hard work.

"Cooking dinner with a newborn is almost impossible so I popped him in the sling whilst I cooked a full Sunday roast. I was feeling rather smug as he stayed asleep the whole time until the timer went off to say the potatoes were done, the doorbell rang and my phone started ringing all at the same time. Cue a screaming baby, a stressed Mum and some burnt potatoes."

Third is Amy from Mums The Law who found a nice little way to be able to enjoy some Gaming Time and keep her little one entertained.

Our problem is more tasking than multitasking; but we have one aspect of our lifestyle sorted. We're gamers in this house, but our one year old thinks he can join in and start pressing buttons on our controllers whilst we're in some sort of heated encounter, or try and steal it completely. We've taken drastic action and bought him his own controller to play with to allow us some interruption-free gaming! So far, we have suffered no more toddler induced video game mishaps!

Fourth up is Sarah from Whimsical Mumblings who has mastered the art of multitasking when you have more than one child.

I have a one year old & and a 2 year old. So I'm always multi tasking. They always need nappy changes at the same time, so I've mastered it! Laying them down next to each other and changing them at the same time!

Last up is Sam from A Testing Time who shows you can multitask by making use of parts of your body.

My toddler went through a clingy period when he was about 6-8 months old.
He wouldn't part from me unless bedtime and I got nothing done round the house.
I ended up getting a carrier and putting him in it. He would use my boobs as a cup holder, toy holder or snack holder. I'd get my cleaning done whilst he used me as a holding device.

Thank you to everyone who submitted a story. I would like to end this post with my own multitasking story.

My partner works long hours in the week and we had no food in the house at all. By the time he gets home its to late to go out and do a big shop, and so I decided that I would head out one day and see if I could manage this full shop, and get in everything we needed. But having Lily with me I knew it would be tricky. So when I got there I thought that I would give pushing a trolley and a pram around at the same time a go as Lily was to small to put in the trolley seat yet.
It was a lot tricker than I thought it would be and I had to push the pram forward and pull the trolley behind me. I think I nearly trashed the store and I got some really funny looks but wow did I feel great that I had managed to push a pram, pull a trolley, get things from shelfs and not forget anything we needed.
Never done it since though haha

Have you got a good or funny story about when you had to multitask? Would love to hear them below.

Posted by LilysLittleLearners at 21:35