We love getting together as a family and playing board games and this is something we do on a regular basis. We were all super pleased to get to try out the new Wordmaster Game from Character.

I have always been a big fan of playing word games so I was super happy to be getting to try this one out.

The game is a five-letter word guessing game for up to 4 players and is great for competing against each other. 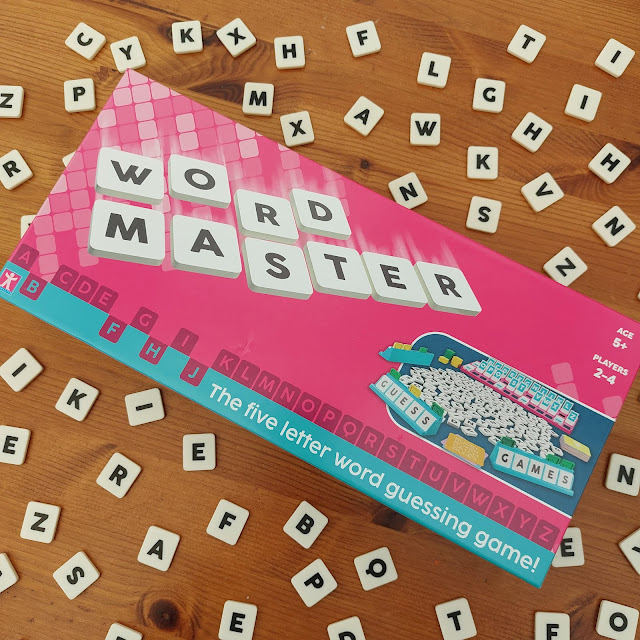 The game does take a little while to set up before you can begin to play. You need to pop out all the cardboard pieces, and the cardboard letters need to be slotted into the play board. They need to be placed in alphabetical order.

You then set up the subject cards into piles. Some examples of the subjects are Food, Animals, and Sports. 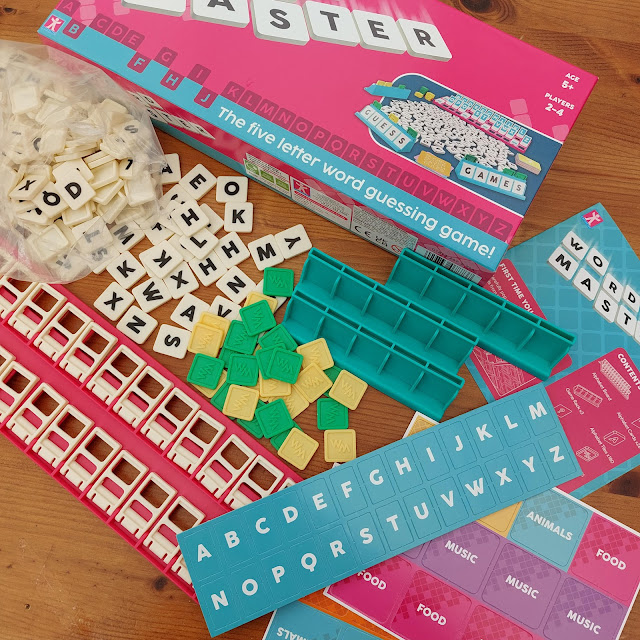 Now you're ready to play. You need one person to be the game master. I decided I would be the first person to be this. I pick a word from the cards given and then keeping this word in mind, I ask the players to try and think of a 5 letter word on the subject given.

For example, my word may be bread. So I tell them that the subject is food. The players choose from the pile of tile letters and make their word. They then place this into their letter holder.

Each player shows me their word that they have guessed, keeping it out of view of the other player. I then mark their word. If they have got a letter correct, in the right place, I give them a green token, this token gets placed in a little slot above the letter. If they have got a letter correct but it's in the wrong place then they get a yellow token placed in the little slot. So now they have got a bit more of an idea of what their word may be. Any letter that the players have played, that are incorrect, they will be flipped down on the alphabet board, so they know not to try and use the letter again. It is the process of elimination that will help them figure out what the word is. The first person to guess the word, is the winner. 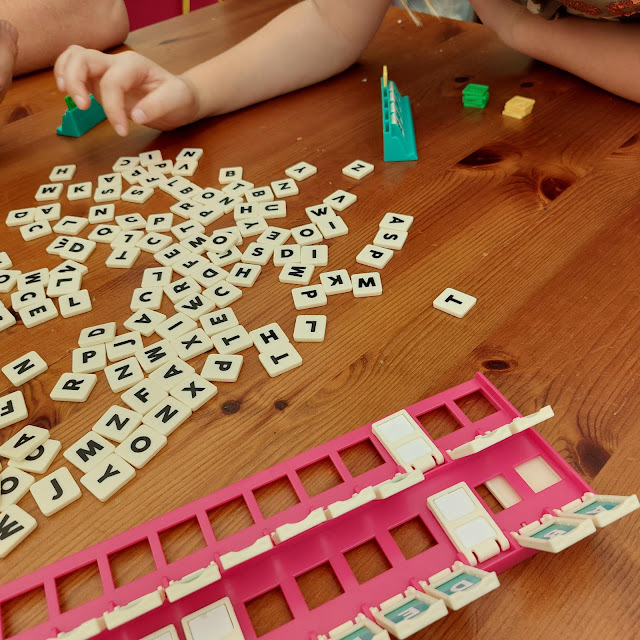 Loving word games, I loved this game. I find it challenging and fun. The game is recommended for 5 year olds, but in my honest opinion, I think it is too difficult for a 5 year old. My 8 year old played it, and she got the concept, but at times struggled to think of 5 letter words from her head.

She did enjoy the game though as she did keep wanting to play it again and again, which I was happy to do so.

One thing that would have been great for the game, is to have somewhere to store the tiled letters, I ended up using a sandwich bag as I threw out all the plastic packaging. So if you haven't already done that, keep hold of the packaging to store the tiles in.

The game is available to buy at Smyths Toy Stores for £19.99.

Would your child enjoy this game?

Posted by LilysLittleLearners at 07:30