If your child is hands on, loves to build, loves magnets and also loves a challenge, then Geomag Mechanics Challenge Strike is the toy for them.

We were sent this to review and it was something all the kids loved, and even the adults. 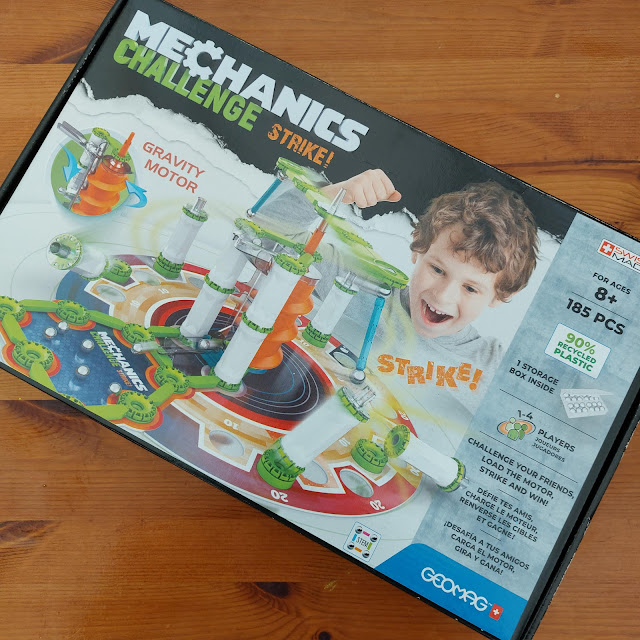 In this set there are 185 pieces, all to be constructed together to become a fun game involving magnets and speed.

The idea of the game is to be fun, but also helping children learn and understand how mechanics work,

The set came with instructions on how to put it together, I have myself never been very good at this, and my 8 year old also struggled to put it together, but an older child I think would be in their element putting it together. I got my partner to do it, although he is 32, this is totally his sort of toy and he was super excited to play it with the kids.

He put it together in no time, it looked great all build up and I was very eager to see how it worked and how to play the challenge. 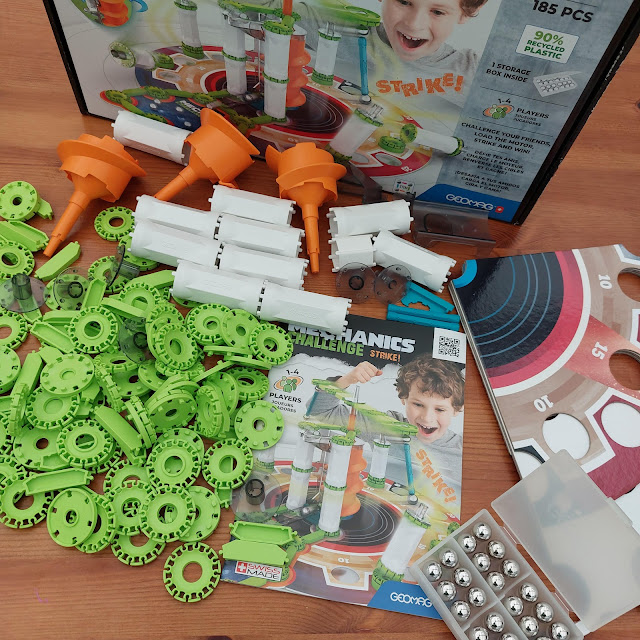 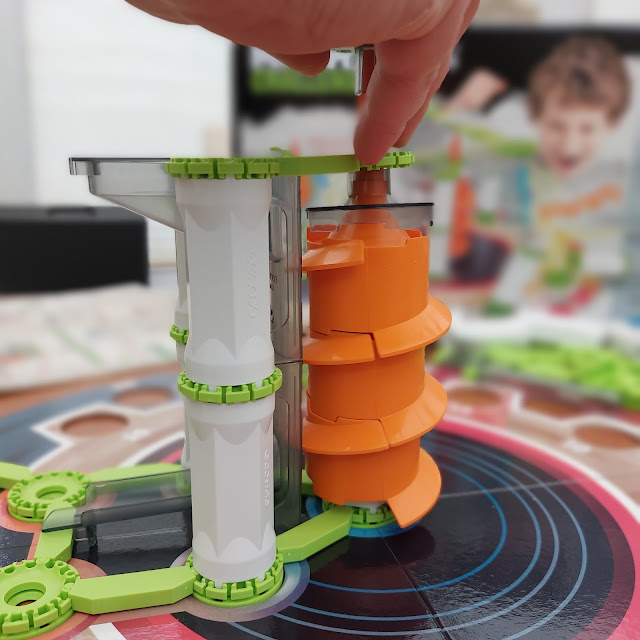 First of all to test if it works, the set comes with little magnetic balls that you need to throw into the slot at the top. The idea is meant to be that the faster you can throw the balls in then the faster the top of the construction spins. We did to start have some trouble getting it to spin. But looking at the trouble shoot in the instructions we think it was because the spinner wasn't connected together properly. There were also other things to think about to why it may not work, such as it having to be on a flat surface. 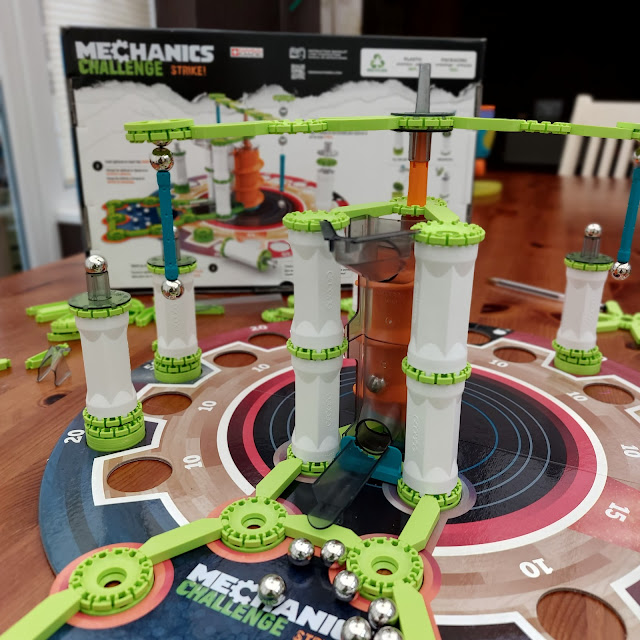 We did also find that there was a technique to getting it going, putting the first ball in and waiting for that to move the spinner slightly before starting to throw your other balls in.

The idea of the game is to throw the balls in, to make the spinner spin and knock down the towers on the playing board. There are different ways to play, and different ways to earn points, making the game play different each time. As well as knocking towers down, you can also pick up magnetic balls sat on top of the tower, which also gets you points. There was actually something very satisfying about this factor and there was always a big celebratory yes when managing to pick up a ball.

This game becomes quite addictive and we played it over and over, there is something great about seeing the chain reaction of it all working using mechanics and gravity. 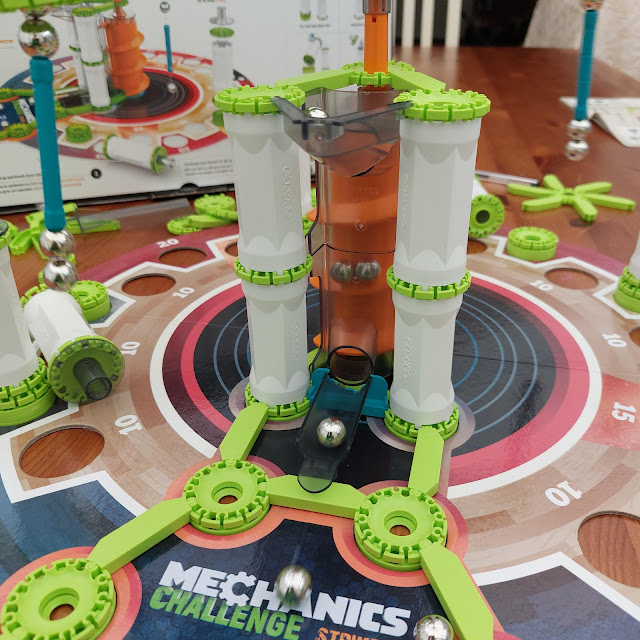 The game is for players 8+ and I would say that is about the right age range as my 8 year old although couldn't build it, she enjoyed playing it.

You can read more about Geomag Mechanics products on the Geomag website and this can be bought online at places such as Amazon.

Posted by LilysLittleLearners at 10:46