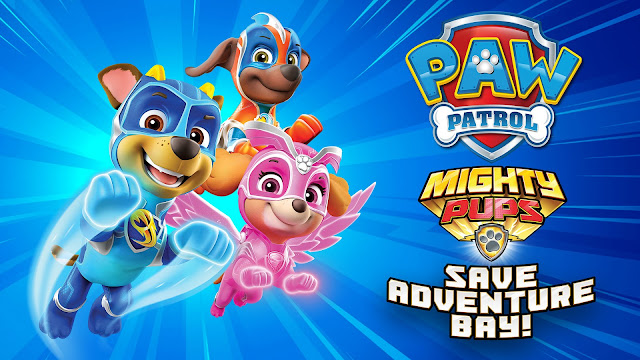 Who here is a massive Paw Patrol fan? We are in this house which is why we was super excited that a brand new game has come out that features all the pups in action!

Its called Paw Patrol Mighty Pups - Save Adventure Bay! and it is available on the following consoles.

The game is released on the 6th of November and is available from Smyths Toys or Amazon.

The game can be played one player mode or 2 player mode and features fun mini games and adventures saving familiar loved characters by using the pups mighty powers.

We was sent the game to play and have been having a blast with it! First of all, you and your kids will be super impressed with the graphics. We have been playing it on Nintendo Switch which means we can play it on a little screen or big screen. The graphics are so good that it looks exactly like the Tv show itself. Not a detail is missed and all of the characters look exactly like they do on the tv show. It looks just as good blown up on a big TV as on a small screen and so this really helped make the whole playing experience more fun. 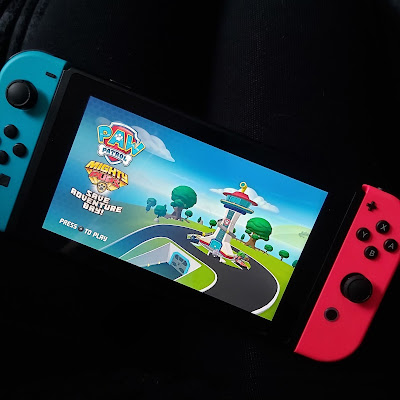 The kids loved playing with this on their own, and in 2 player mode which is co-op mode and helping each other rather than being against. They found it really easy to set up and play which meant that I could just leave them to playing it. The little missions the pups have to go on are so much fun and really get them excited. When playing it on the big screen they could not stop moving around and you could see the adrenaline and excitement rushing through them as they played. They also get to visit different parts of the town and other exciting places that may be recognisable from watching the TV show. 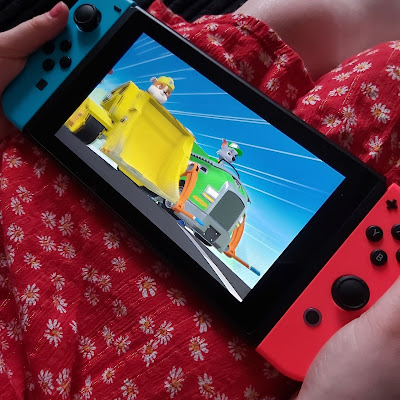 The game also has some education value as your kids will have to do a lot of problem solving! Great for getting little brains active!

If your kids are massive paw patrol fans then I would 100% recommend this game for them.

You can watch more on the super clip here -

To celebrate the game, we had a special paw patrol party! We was sent lots of fun things to have our party with, and it also gave us the first chance to play the game! 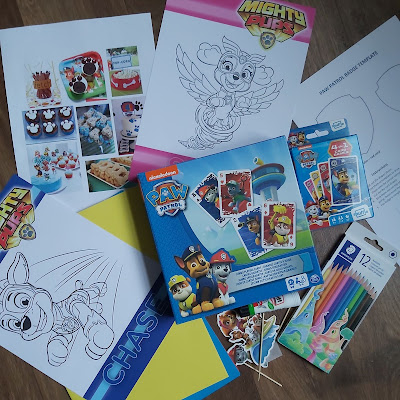 After getting the party started by playing the game we also did some super activities. Colouring, which calmed all the kids after the excitement of the game, and making our own paw patrol badge.
We also had some Pup tastic snacks that we made which all went down so well after the kids had built up such an appetite!
Plus to get them back into the gaming spirit, we played some paw patrol themed card games which got the adrenaline back up and ready to get back into the computer game. 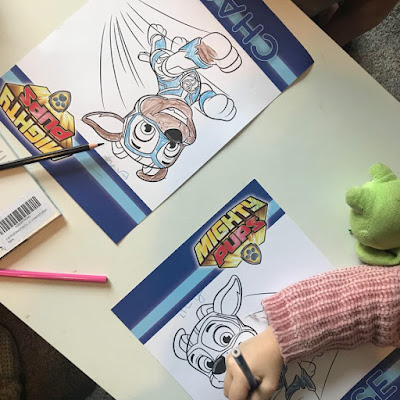 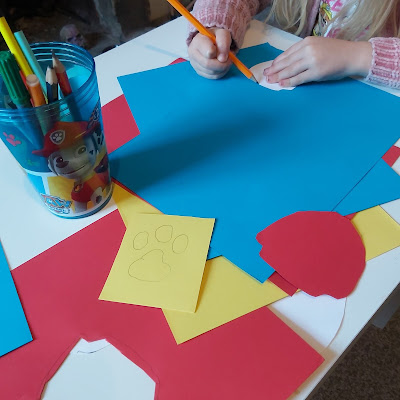 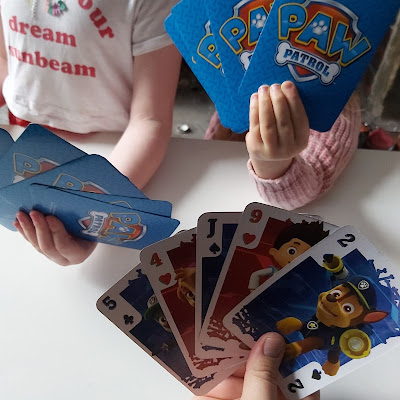 If your feeling in the party mood after all this, then why not head to the #PAWPatrolMightyPups Twitter party which is featured on @UkMumsTv Twitter page on November the 6th at 1pm until 3pm.
Posted by LilysLittleLearners at 11:32