Well I just didn't think that Hatchimals CollEGGtables could get any better. They have cute characters, colour changing ones, furry ones, sparkly ones, then theres the special shaped eggs, cute little nests, fun playsets, and much much more.

But Hatchimals really have gone one step better with this next toy, and i'm going to tell you all about it.

The set is called The Crown Jewels Mega Surprise and it comes as a big egg!

Lily was super excited when she got it and couldn't wait to get it open! 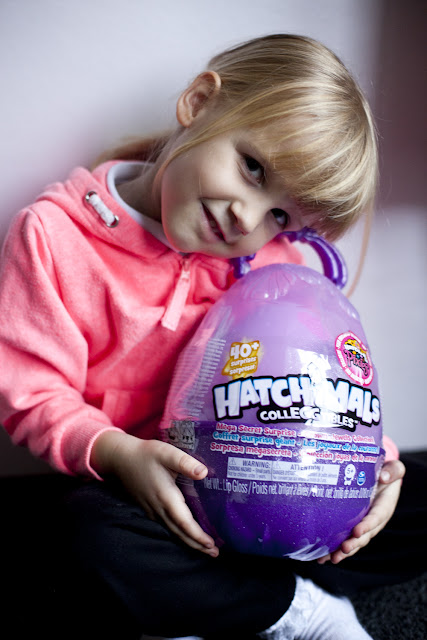 The Egg is a big plastic case which has a handle. At first I thought it may be filled with eggs but upon closer inspection instead it has a massive egg inside!

Hatchimals CollEGGtables is all about surprises and this is one bit surprise after surprise all in one egg!

As we took the lid of the plastic egg off, we could see the other egg better. It was covered in hearts and made out of the same material that the mini eggs you normally get with Hatchimals are made out of. 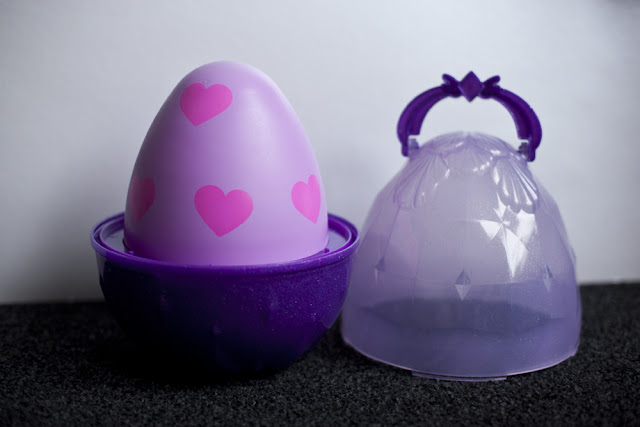 Lily being very used to Hatchimals, she knew exactly what to do and instantly started to push on the heart to break it open. You don't need to apply too much pressure and the egg breaks open to reveal a little packet inside. Pull more of the egg shell off and then you can reach the little packet. 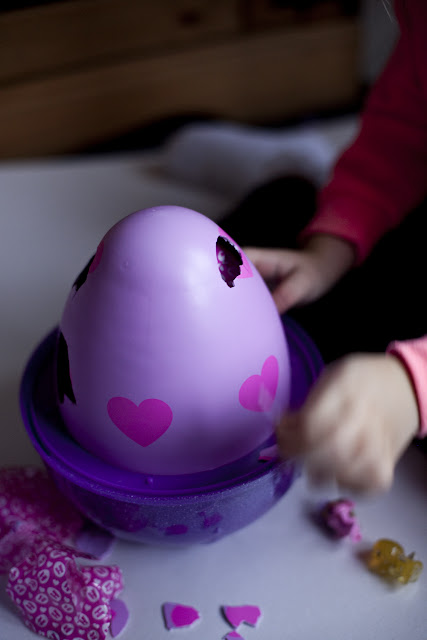 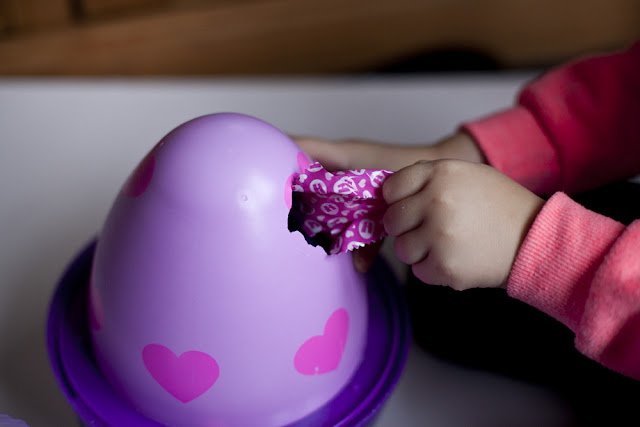 The next fun thing to do is to open the little bags. Lily couldn't rip these open so she used scissors to cut them open. So, what do you think was inside? Hatchimals off corse! And as usual they were cuter than ever. Lily was so excited each time she found a new one. But there wasn't just Hatchimals in the packets, there was also little crowns and jewels. These all easily slot onto the Hatchimals heads to make them even cuter!

There was even the surprise of a jewel shaped lip gloss which Lily was pleased to see. 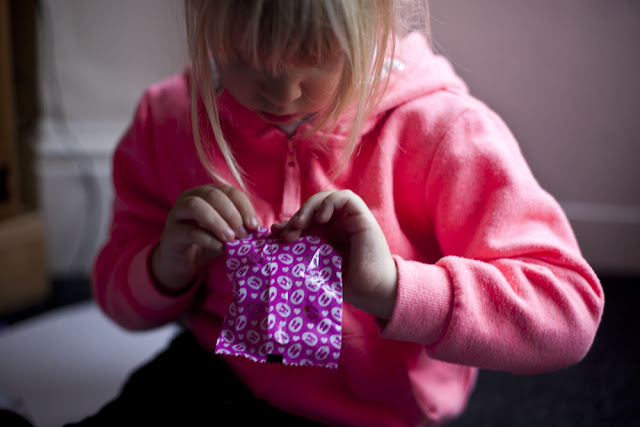 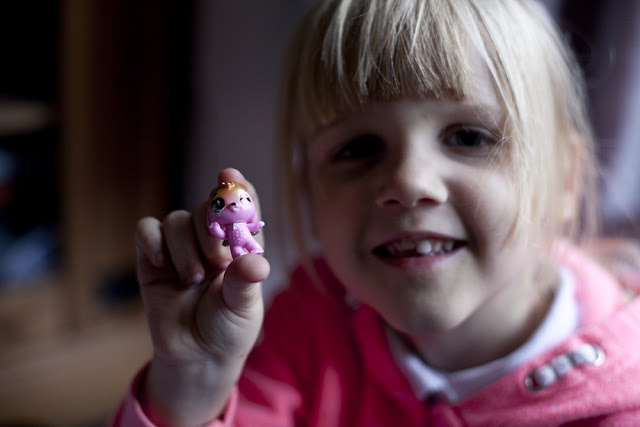 After you have broken through all the holes, its time to rip away all the rest of the remaining shell. Quite an easy job as it all easily breaks, but Lily and I both did this together to save time.

You are then left with a plastic shape that looks like shelves. But the surprise doesn't end there. If you pull on the shelves, it comes up and underneath there is a whole new layer of surprises to be revealed! 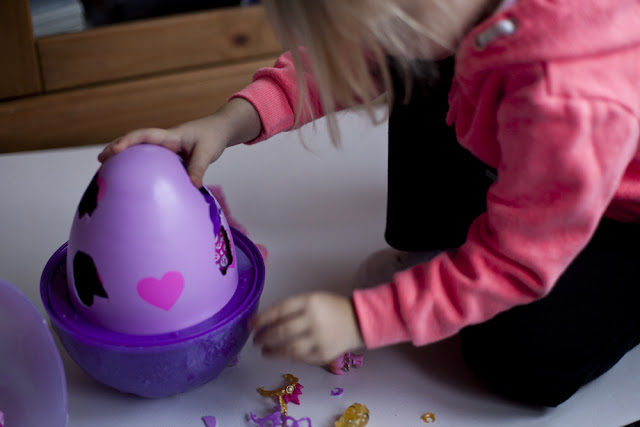 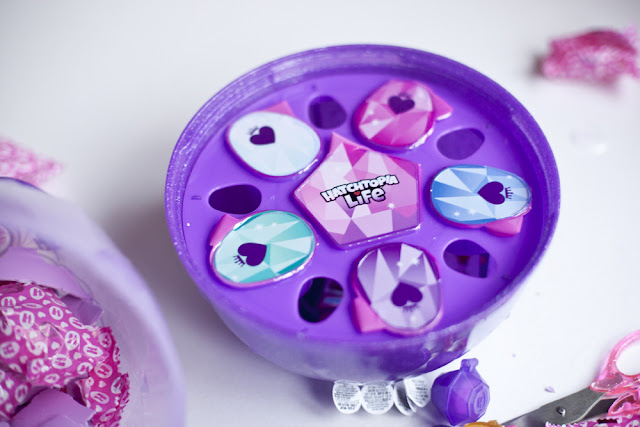 Earlier when we was opening bags, we did find some crowns and also glasses that wouldn't fit the Hatchimals, we was quite curious to what these could be for. Until Lily revealed that there was a little pixie character inside!

She is so cute! Has lovely little pixie wings and looks super friendly. I see her as the little pixie that takes care of all the Hachimals. It was lovely to find something different inside the egg. 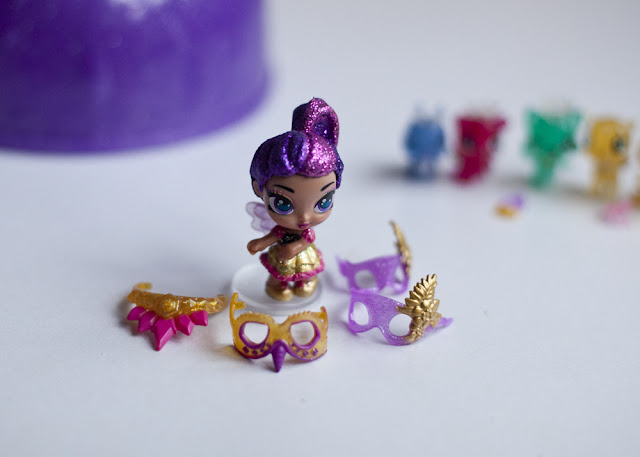 So the next job was to open the rest of the layers. Lily found these really difficult to pull off unfortunetly, so this was a job for mummy. You just pull the plastic layer off and inside reveals more Hatchimals. I must admit, it would have been nice for these to be extra eggs to open rather than plastic lids, as that is the part Lily enjoys the most. But she did still get excited to find a new Hatchimal in each section. 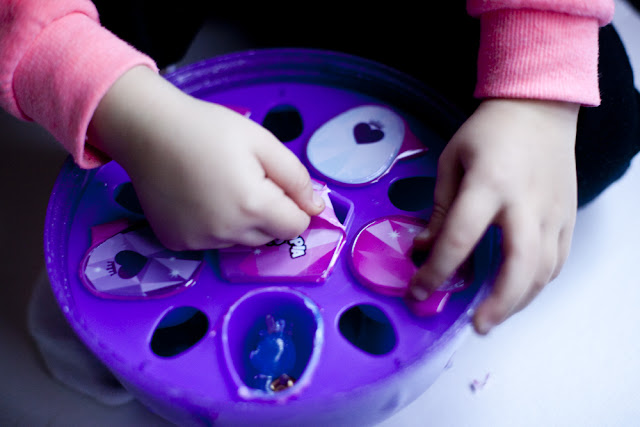 The middle section of the egg, revealed some special disks, these disks are what you can use for the Hatchimals app.

The Surprise STILL doesn't end there. You can also lift that layer off and inside is some stickers and also guide to which Hatchimals you can collect. I really do love the layer upon layer aspect to this toy. 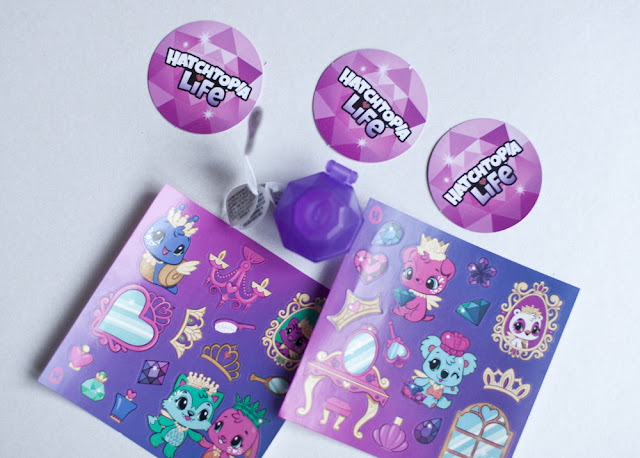 So, which Hatchimals did Lily get?? She got so many different cute ones and got 10 in total. The rest of the surprises was the crowns, the pixie and pixie accessories. In total there was 40 surprises!

Lily loved that they all wore crowns on there heads, they really easily slot on and so Lily could easily do this herself.

Out of all the Hatchimals, Lily loved the little blue on that you can see sat right at the end of the line. 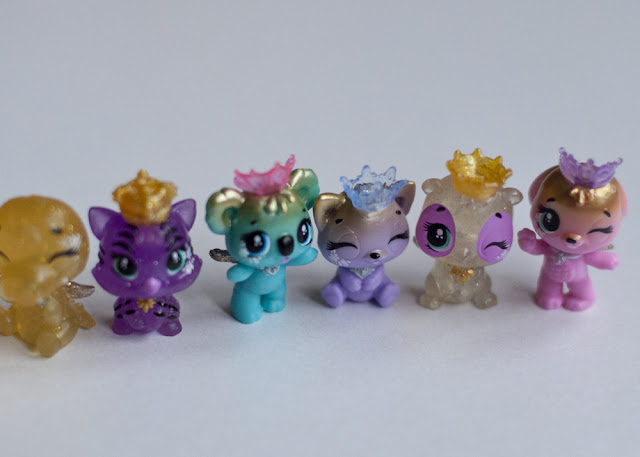 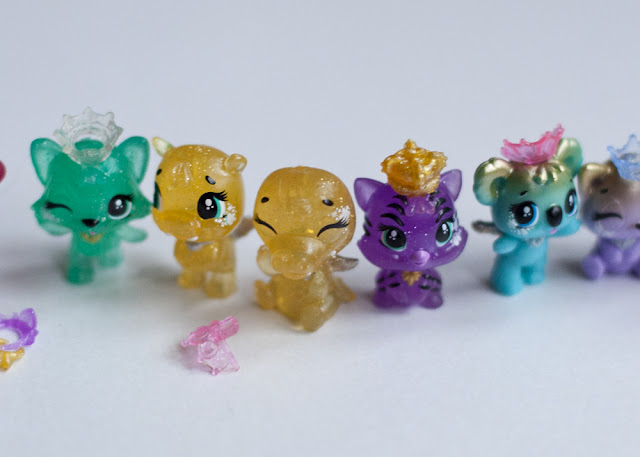 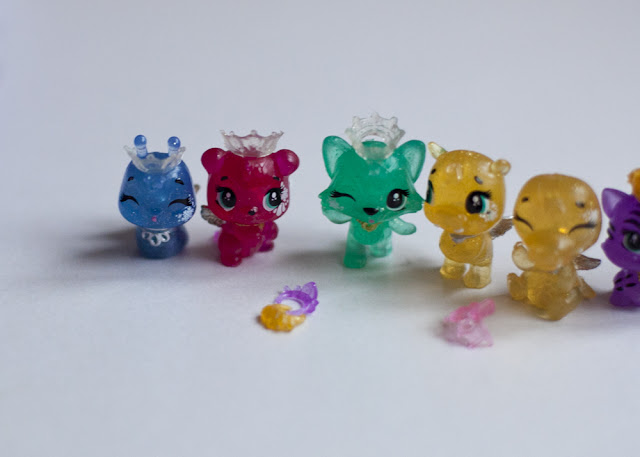 One thing that is usually pretty rubish with surprise toys is the waste of plastic. But this toy is different!!! You can re use your Egg as a carry case or display case.

If you reassemble the shelves back in place, you can sit your Hatchimals on to it with a little hole on the foot of the Hatchimal and little stump on the shelf. This keeps all your Hatchimals in place as you carry it about.

I think they look so nice displayed on the shelves.

If you already own lots of Hatchimals then you can also store them in the bottom of the egg where the stickers was found. It really is the perfect storage for your Hatchimals. 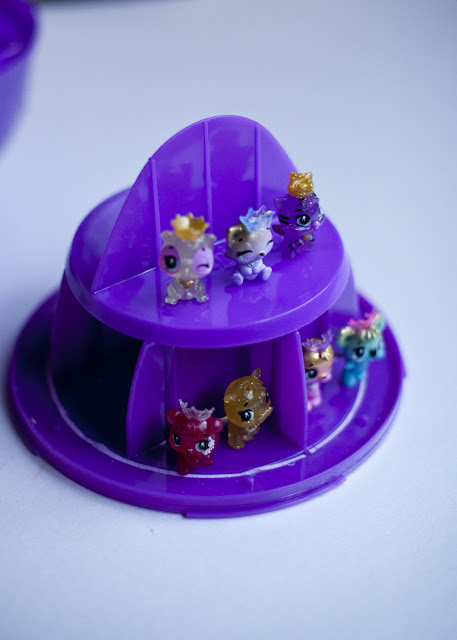 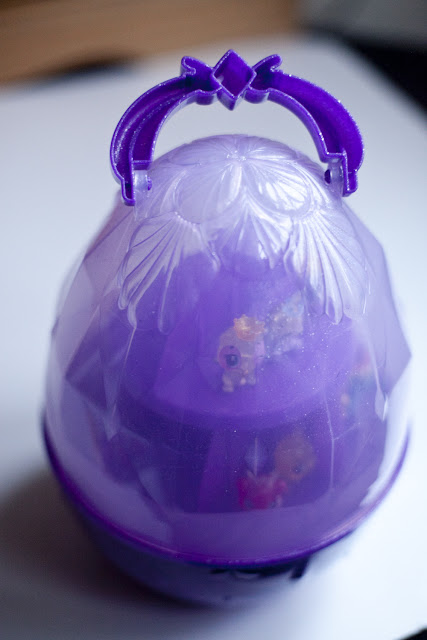 Overall I really rate this toy as a surprise toy! It took Lily ages to open it which means the fun wasn't over quickly.

If you like the look of it and think your child will love it, then head to Smyths Toy Store where you can buy it.

Is your child a fan of Hatchimals? Would they love this toy?

Posted by LilysLittleLearners at 09:22