It's the start of October, time to start getting your spook on. And what better way than to start binge watching some spooky TV.

So here are 5 TV series that you may want to concider starting watching this halloween!

If you are a fan of Witches then this one may be for you! I watched the entire series last year and I was hooked! It is historic, grim, gory, spooky and full of drama! The fact that there wasn't any cheesiness to the whole witches storyline made it brilliant and you really do get a spooky authentic feel to the story. the story line is all about a high witch who rules over Salem, and is hatching a plan to conjure the devil.
There is 3 seasons in total, and after the 3rd the show got canceled, BUT I found the ending of the 3rd season made it come to a close so I was happy with the finally. There are 13 episodes in season one and 2 and then 10 episodes in season 3 and they are all a hour long each so that should keep you going for some of halloween depending how fast you watch them. You can get this on Netflix. 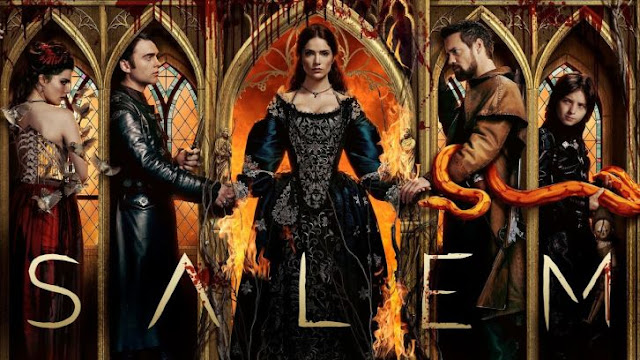 2. The Chilling Adventures of Sabrina

If you manage to make it all the way through Salem and your still looking for something witchy to watch then you next bet is giving The chilling adventures of Sabrina a try. I can't tell you much about it other than it is mildly set on the Sabrina the teenage witch that we all grew up and loved watching. But it has made its changes, the characters are the same but it is not for kids, it is a lot more freaky, spooky and contains some gore and it also doesn't have a talking cat. The reason I can't tell you much about it is that it is on my watch list at the moment and is going to be my Go to series for this Halloween. There is currently 2 seasons on Netflix and there are 11 episodes in the first and 9 in the second. 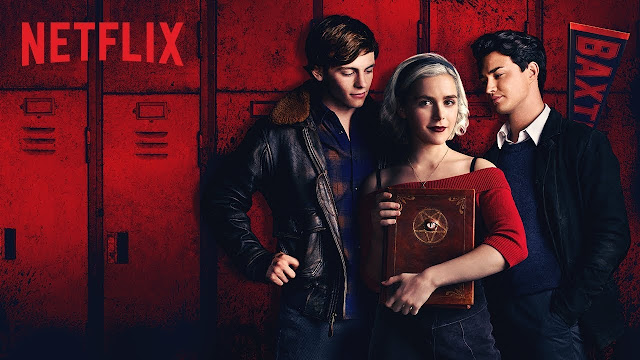 I was super excited last year to find this on Netflix as Lizzie Borden is one of my favourite non fiction female killers. If you don't know her then this little rhyme might jog your memory. "Lizzie Borden took an axe, and gave her mother 40 whacks, and when she'd seen what she had done, she gave her father 41". The series is loosely based on the character of this evil women who committed that murder in 1892. But unlike true facts of Lizzie Borden, she carries on Murdering lots of the people in the town she lives. The thing that sold this series to me was that Lizzie is played by the amazing Christina Ricci who I have always been a big fan of ever since she played Wednesday Addams. If you enjoy watching murder series and love seeing gore then this is a great series for you. Unfortunately I have just checked and its been taken off Netflix, but it is available on DVD and so may be worth investing in. 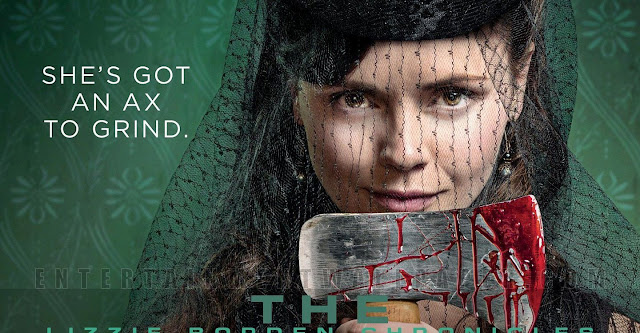 If female killers arn't your bag then you may want to look for a series with a male killer and if you are a fan of the 1960's film Psycho, then this could be a Tv series for you as it is inspired by that film. Its about a mother and teenage boy who open up a motel in a quiet town. but it soon becomes quiet teenage boy turned serial killer because of his complicated bond with his mother. It is a phycological thriller which has 50 episodes to keep you glued to your Tv this halloween. It has 10 episodes per series and 5 seasons and all 5 seasons are available on Netflix to watch. If you like creepy programmes with sadistic killing then you will love Bates Motel. 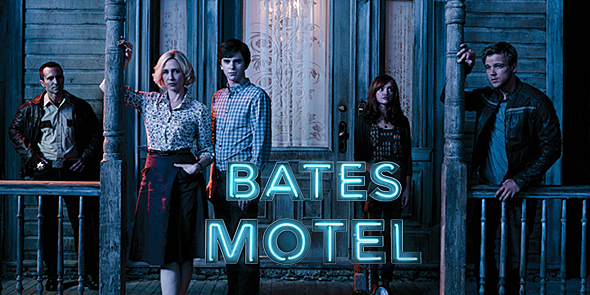 The films are a classic horror must watch, but now that there are TV shows to follow they are also now a halloween must watch this year. I know that people have been worried to watch the series hoping that it wouldn't ruin what was one of their favourite horror films but many have been delighted that it is just a brilliant addition to the horror classic. It follows the film and so keeps to that scary scream you know but has some amazingly added scary extras that you will just love. There are 2 seasons available on Netflix with 10 episodes in, each lasting 45 mins so this series shouldn't take you too long to get through.

Would love to know what you thought of the above series?

Can you recommend anymore perfect for halloween?

Posted by LilysLittleLearners at 11:22