15 Halloween Films to Watch if you are a Wimp!

I have always been quite into the gothic side of things. I used to have jet black hair and I also collect spooky Living Dead Dolls that lived in coffins. If its freaky then I love it, just like Halloween. I Love getting dressed up, doing scary activities, having parties and decorating the house all spooky. So you would imagine that I probably LOVE watching horror films right?

Wrong!!!! I hate horror films!! Im a total wuss, wimp, scaredy cat, coward! Im that person that you would find hiding behind the pillow while watching a horror. Then I would be the one not going to sleep at night as my imagination ran wild and I thought each shadow I saw was going to kill me. Nope, I avoid horror films as much as I can.

But that doesn't mean that I can't enjoy movies at Halloween. There is so much choice of non scary films out there that are perfect for Halloween and I have thought of 15 films that I would quite happily watch. They range from kids films to teen films to some that are a little more for the adults.

Here are my 15 Halloween films to watch if you are a wimp! (Like me)

1. Hocus Pocus
I have always loved this film and it is an ultimate must watch at Halloween. You really can't get more Halloween related than a film about Halloween itself. With witches, trick or treating, halloween parties, a talking black cat and spell books, What more could you want? This film is very child friendly and I don't remember ever having any fears after watching it but it may have some scary moments for really young children. It has comedy, adventure, music and fun and is one of my favourite Halloween films.

2. Scary Movie
I love Scary Movie because I get to watch all the scary movies with out having to be frightened. It shows all the horror stories, the build ups, and the freaky costumes. But then it is a total comedy sketch making fun of the most well loved horror films and their clichés. The first film has to be my favourite involving the well known horror character Scream. But there are now 5 films of scary movie and so this could keep you going all Halloween night. This film is definitely not one to watch with the kids though, they probably will be scared and maybe slightly scarred for life with some of the ruder scenes. 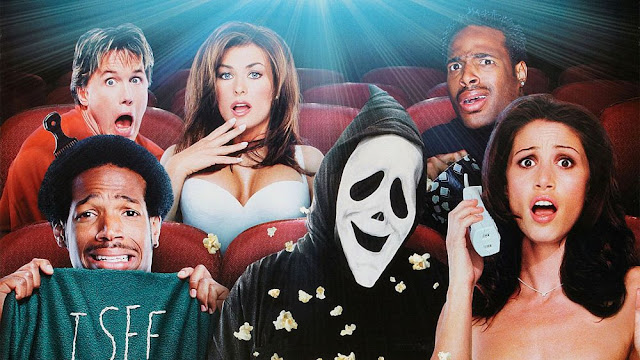 3. Beetlejuice
Tim burton to me is the legend when it comes to Halloween. There will be a few more of his films listed here but Beetlejuice is one of my favourites. If you have never seen it, it is definetly one to watch at halloween with a ghostly family, and a freaky man trying to help them haunt a house. It has comedy and fun and lots of ghoulish characters that definitely come from a crazy imagination. This film again isn't for small kids but is definetly one that your teen would enjoy. 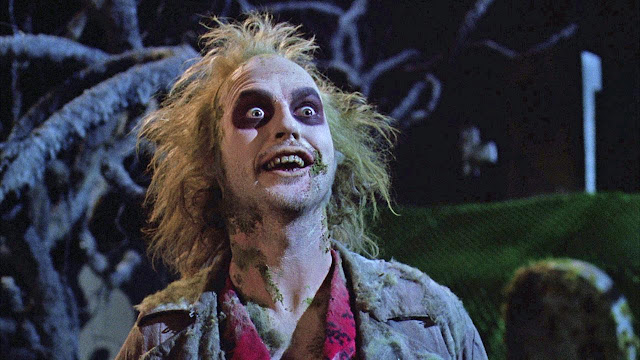 4. Casper
Yes the friendly ghost, one of my childhood favourites. The film came out in 1995 after the cartoons and I must admit I still love this film as an adult. Ghosts are scary right? Well not this one, as he is a friendly ghost. Casper the ghost is so cute and most children love him. This film is so lovely. Its funny, has lots of action and also some heart touching moments. This one will definetly be watched by me this Halloween. 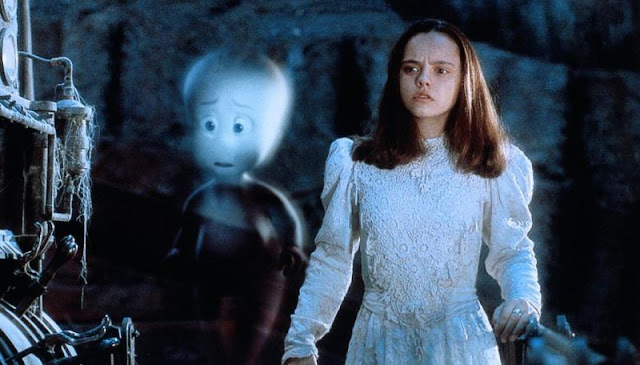 5. The Addams Family (Click Click)
After even saying the name of this film I am singing the theme tune and clicking my fingers. This is another loved halloween film by many and another great one if you love anything of the freaky nature, but with out it being scary. You just have to love all the costumes and characters in this film and the way that being freaky is just perfectly normal for the Addams family. Again another one I shall be watching this Halloween. 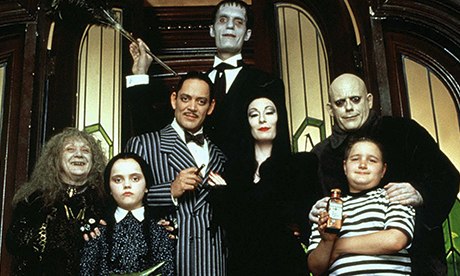 6. Misery
This one is definitely more for the adults. Misery is another film I love. It has all the scary parts and may have you hiding behind a pillow at times but at the same time its not that scary and thank fully there is no blood and guts. This film is based on a very insane freaky lady who saves/kidnaps an author of her favourite book. She saves him from a car accident he had in the snow but then doesn't want him to leave. This film is quite the thriller but I assure you that it won't leave you having nightmares. It may stop you heading out alone in a car in the snow though. 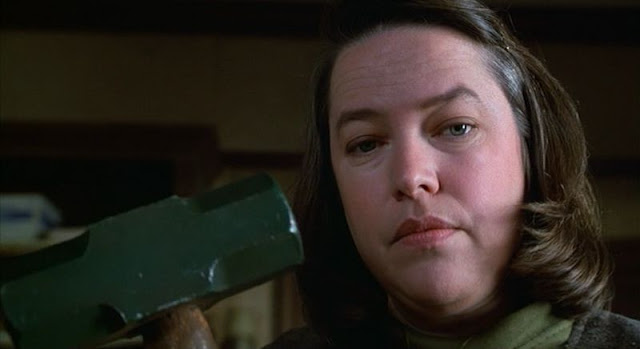 7. Hotel Transylvania 1&2
One that is a little more light hearted and for the kids now but yet still enjoyed by adults. Or at least I enjoyed it. I recently watched this with Lily and happily sat and watched the entire film without thinking "this film is for kids only". It has great animation and great characters. Fun for all the family to watch. If you liked the first one, the second one is just as good. I would say this is the perfect starter film for introducing your child to Halloween. It has mummies, vampires, Frankenstien, wolfs, ghosts and many more freaky characters. 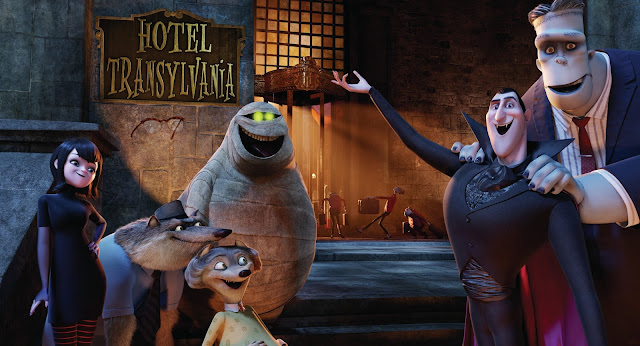 8. Corpse Bride
This is another Tim Burton film that is the perfect example of all things freaky. It has a great story line about a human accidently marrying a corpse and the film is filled with lots of songs and a great storyline. Not to mention it is put together with stop motion brilliantly. This would be perfect to watch with an older child and is more fun than scary. 9. Shaun of the Dead
This film is such a great comedy film. I have watched it so many times and still laugh at a lot of the scenes in it. You can't beat a zombie film and I do love comedy so put them both together and you have one brilliant film. The good thing about this film is that they have still left in some of the gore which you need to have in a zombie film (though I think they used ketchup a lot of the time.) 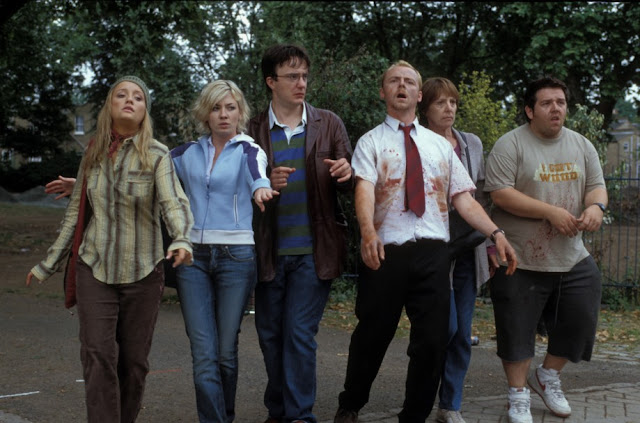 10. The Craft
I have been watching this film since I was a teen and it was one of my favourite freaky films. I must admit I haven't seen it for a few years and after making this list, it may be one I will watch this halloween. This film is all about some girls dabbling with witchcraft and magic. But there is white magic and black magic and so you see some scenes that are showing good spells but also some which show bad and thats where the slight horror in this film begins. But unless you have a huge fear of creepy crawlies and snakes then you should not find this film to scary. 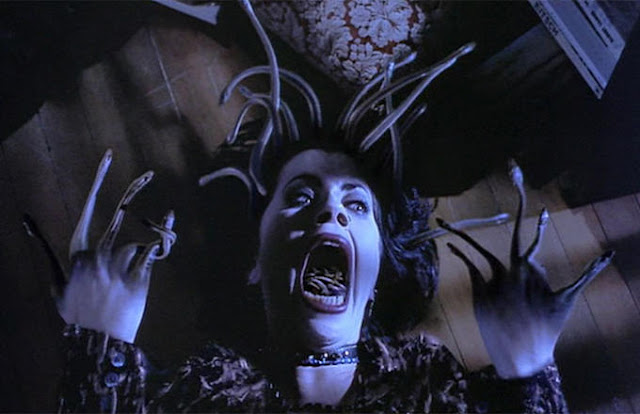 11. A Haunted House
Following on from Scary Movie we have A Haunted House which is by one of the Waylan brothers Marlon. He acts in the film as Malcolm who moves into a new house with his wife. This is where freaky things start to happen. Its a spoof film which shows scenes simular to paranormal activity (which I have never seen). Some say you need to have seen the original horror films to get the jokes, but I haven't and I still enjoyed this film. There is also A Haunted House 2 available to watch if you enjoyed the first one. 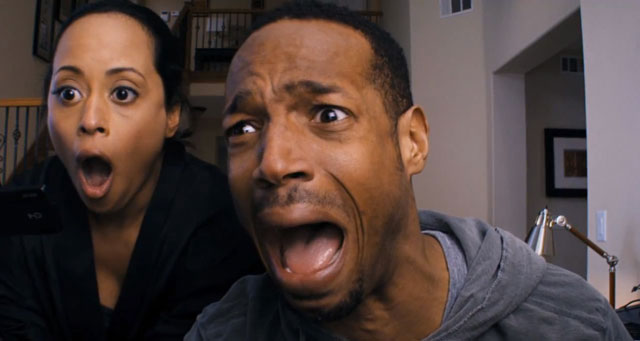 12. Scooby Doo
A GGGGhost! Scooby Doo the movie is a brilliant film for all the family to watch at Halloween. Full of freakishly ghoulish characters and lots of action and adventure it makes the perfect film to sit with your youngest and introduce them to some thing a little bit spooky. If your children enjoy the cartoon then they will definetly enjoy the film. I think I will introduce this one to Lily this year.

13. Sweeny Todd the Tim Burton Version
If you enjoy a little bit of blood and guts then this is the film for you. Sweeny todd isn't scary but does show some pretty gruesome scenes as he slices the throats of his victims. Then to top if off, you get to see scenes of people indulging on what are meant to be the best pies in town but we know that really they are eating human meat. Yuck! I have seen the original with Ray Winston in and that one is just as good, so you could choose between that one or the musical version from Tim Burton. 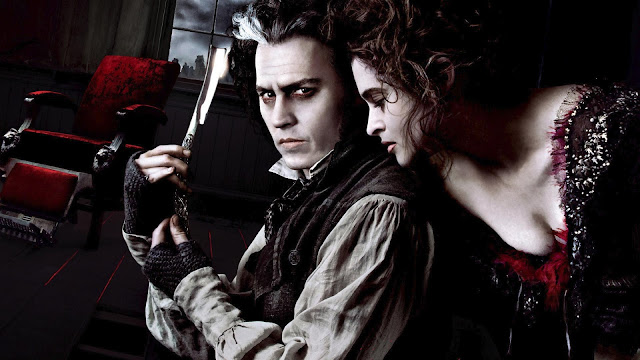 14. Zombieland
Okay it's another Zombie comedy, but I simply can't get enough of them. This film is all about trying to survive a zombie apocalypse and it features 4 characters who all team up to try and stay alive. But the film is very light hearted and not scary at all. So if you are a big fan of zombies but don't like horror then this is one to watch. 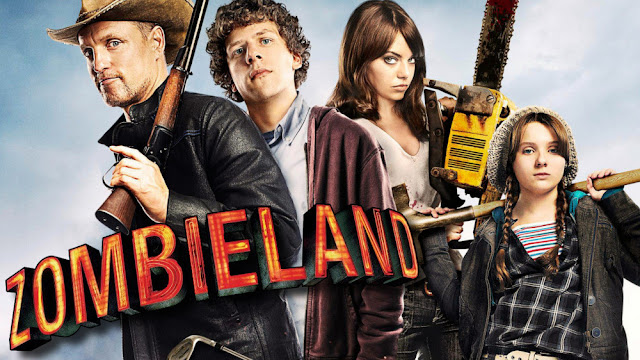 15. Split
I would say that this is the scariest film in my list. Slightly jumpy, slightly gory at times, but a fantastic film. Split is about a man who kidnaps some girls, only it's not just one man they are dealing with, it's many. This kidnapper has multiple personalities and they all have something in store for the girls. This is another thriller and I wasn't feeling scared while watching it but it definitely had it's freaky moments. It is quite a new film so if you haven't seen it then I would really recommend that you get your hands on it for Halloween. 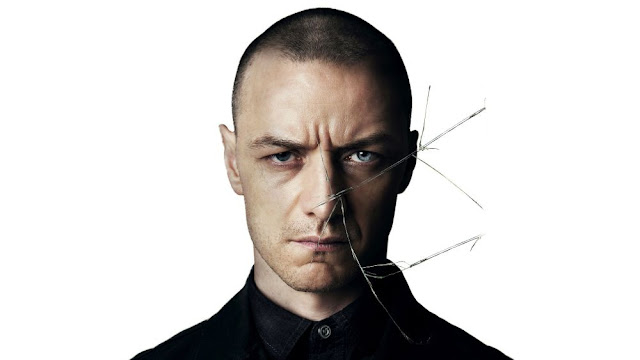 So thats the end of my list. I hope you are inspired and looking forward to a fun movie night for Halloween. I'm not sure I can watch 15 in one night so i'm going to go and have a long think about which I want to watch.

Which of these films do you think you will watch for halloween?

Do you have any good ideas for Halloween films for wimps? (like me)
Posted by LilysLittleLearners at 10:00