Now with this amazing show we really are taking a journey into my childhood! As a child I was a huge fan of musicals and Joseph was one of my favourites. I loved this show and think I could use the words I was pretty obsessed with this show! I saw it live, I had the dvd, I had the soundtrack, I sang it 24/7 and then I even did my own little shows for my family and friends.

So of corse loving Joseph and his Technicolor dream coat so much I was going to introduce it to Lily. She also loves musicals, anything with singing and dancing in and she is happy. So I found the recorded version of it and put it on the tv for her. She loved it, and wanted it over and over again.

Not long after this I find out that there is a live show on at Winter Gardens Blackpool! and they invited Lily and I to go and see the Joseph and the Amazing Technicolor Dream Coat show. 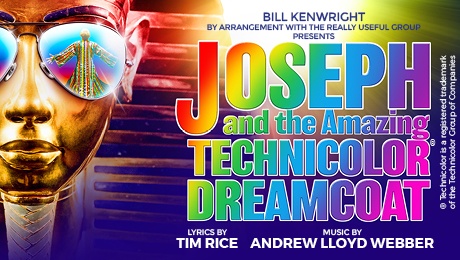 If you don't know the story of Joseph and his Technicolor Dream Coat it is a biblical story about a guy called Joseph and his eleven brothers. He gets given an amazing coat that make his brothers jealous and they sell him as a slave. But Joseph is no ordinary man, he interpret dreams and there for becomes a very special guy. Although this is a biblical story, you do not have to be religious to enjoy it. The storyline, music and dancing alone is brilliant and well worth a watch.

I was super excited and so was Lily when I told her we was going.

We went to a 5pm showing on a saturday, the theatre was busy and the stage was set with a golden border around the edging to help set an Egyptian feel. As the curtains opened I was so excited to hear the music play, playing soundtracks with no words of all the best Joseph songs.

The show stars Jaymi Hensley as Joseph who is origionally from Union J a band that came from X Factor as he came onto the stage he sang his first song "Any Dream will do". I would say this is the most famous songs of the whole of Joseph and he sang it brilliantly. His voice hit every note perfectly and you could hear every word perfectly. Throughout the show he was brilliant! Full of energy, expression and played the part of Joseph exceptionally. 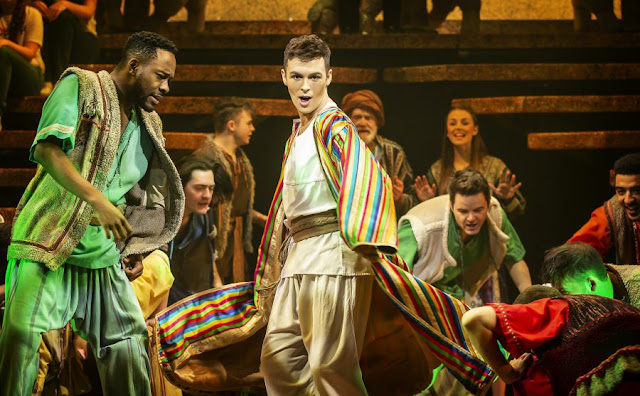 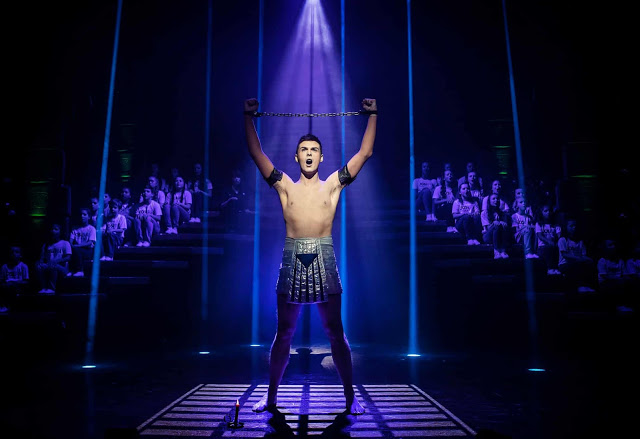 Of corse another main part of the show is the Narrator and she was played by Trina Hill. The narrator is a big part to play with lots of different type of songs, sung fast, sung slow, sung loud, sung quiet and she did a brilliant job with all of them.

Everyone who played a part in this show was amazing. Joseph and his Technicolor Dream Coat always has a choir of children as backing singers and they did amazing. Some looked quite young and they all moved to where they needed to be in time and also sang brilliantly. 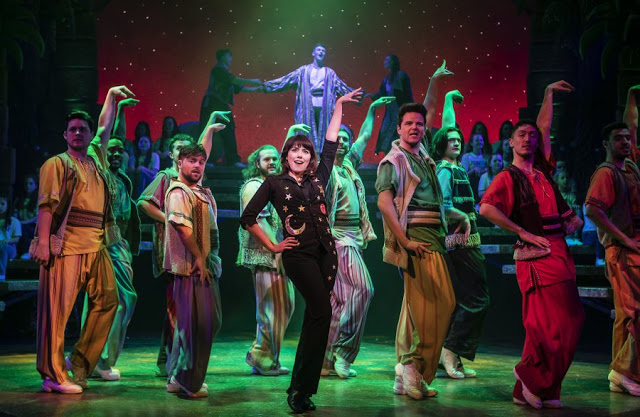 I must talk about the brothers, all eleven of them played their part brilliantly. As a group they all sang together with loud powerful voices and then when they had solo parts they took on there own character perfectly. They were full of life and there dancing skills were amazing! I could not rate the brothers part in this show more highly.

Now on all shows, there is generally one of two things you don't find perfect and unfortunetly there was one part that I felt put a negative to the show. If you know the show Joseph then you will know that the Pharaoh generally has a elvis vibe to him because he is the king. So usually the voice of Pharaoh is very elvis like and his style may have a slight elvis feel to it. Well unfortunetly in this show I was slightly thrown off to the way they portrayed Pharaoh. The costume that Pharaoh wore was way to Elvis looking, as was the hair. So for me when he started singing the Pharaoh's songs, although he sounded amazing, it felt to much like Elvis was singing rather than a Pharaoh. Then to add to more confusion he sung a love type song that isn't even in Joseph. Looking around I could see other confused faces in the crowd wondering what was going on. I suddenly felt swept from Joseph into a elvis impersonator show. 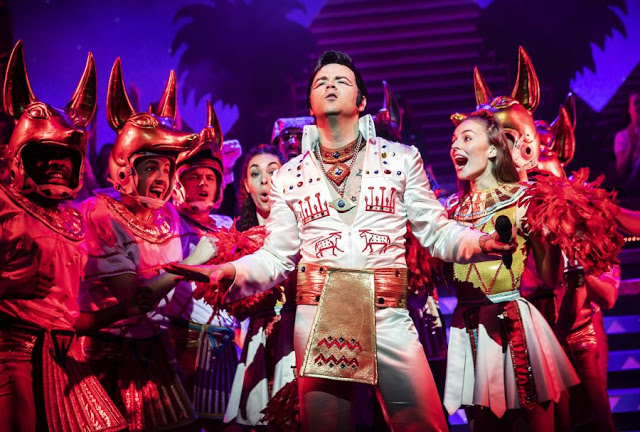 But you did soon get over that when it jumped straight back into joseph and the songs you knew and loved were playing.

Next to mention is the amazing set, costumes and lighting. It all worked together so well. Costumes were colourful and the cast changed in and out of them quickly to play new parts. The set was brilliant, it moved around and they had all sorts of props and big Egyptian statues to set the scene. Then the lighting just added to it, making it even more colourful. At the start of the show when Joseph got given his coat, it wasn't very 'Amazing' and I thought, is that it??? But I was super glad to see that at the end of the show it was brought out and when grabbed and pulled out it showed the array of colours that is Joseph's coat. 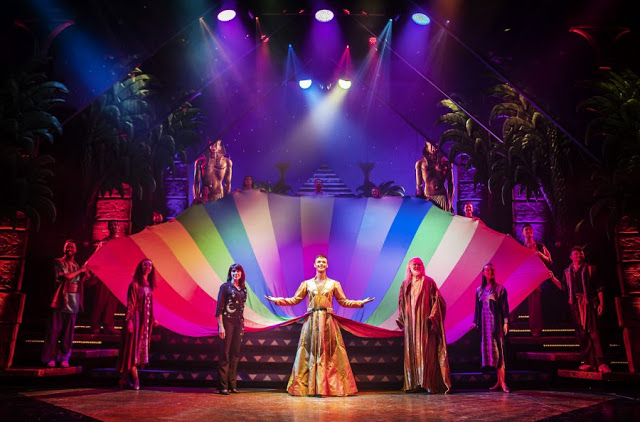 The finale to the show was brilliant and had a the crowd up on their feet singing and dancing and clapping along. I was loving it so much and Lily and I got up and danced to!

Lily really enjoyed the show, in fact I think she enjoyed this most out of any show she has ever seen! She sang, she danced, she clapped and then when she came out of the show she could not stop singing.

Literally for days after the show it is all she can talk about.

Winter Gardens Blackpool put on such an amazing show and it was such a wonderful venue to see it in. There are so many amazing shows coming up and I would recommend you get booked now to go see some of them. Head to the Winter Gardens Website to see whats coming up.

Have you ever seen Joseph and his Amazing Technicolor Dream Coat?


*AD - We were sent tickets in return for an honest review, all words are my own*


Posted by LilysLittleLearners at 12:51