We were lucky enough to receive the mountain falls set to review and this is the home of Lin the Panda Bear.

The toy comes in a really colourful box and you can see on the inside exactly what toy you are going to be getting. The bright colours really make this toy inviting and Lily was super pleased to receive it. 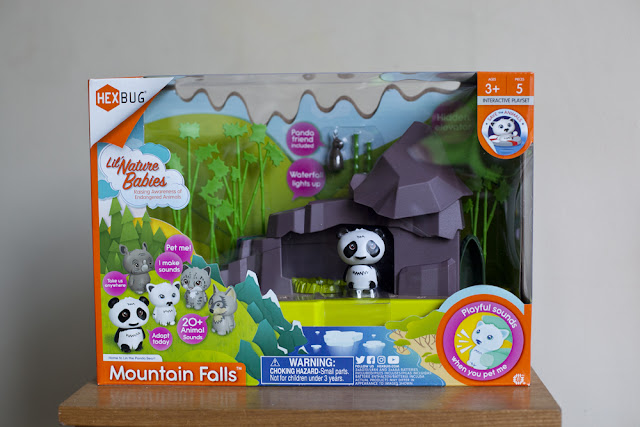 The set is really sweet and has lots of little hidden features. It comes with a panda, a little rabbit friend, and 2 shoots of bamboo. The bamboo shoots are quite small and so this toy is recommended ages 3+.

The play set is set out like a rocky mountain, and has a river flowing down it. The river lights up when you press down a little button that looks like a rock. Lily really liked this feature of the toy. There are also green plants all around the little mountain and a little bed for the panda to sleep in. 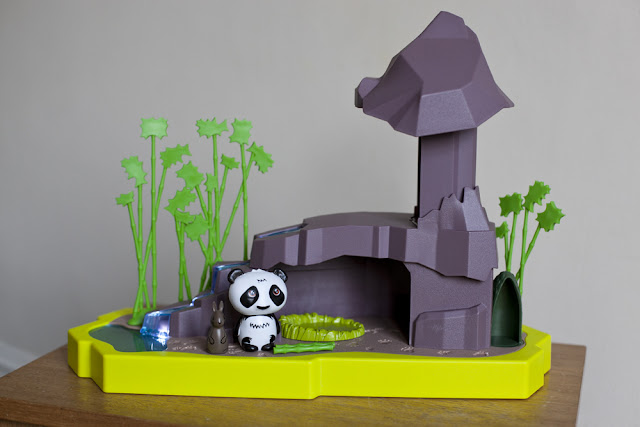 The play set also had one or 2 hidden features. One is especially for the rabbit to hide in, and is this little green hut. It spins around so then the rabbit can easily hide. Lily didn't notice this feature at first and so I hid the rabbit in there. It took her ages to work out where the rabbit was hidden but was so surprised when she found it inside there. 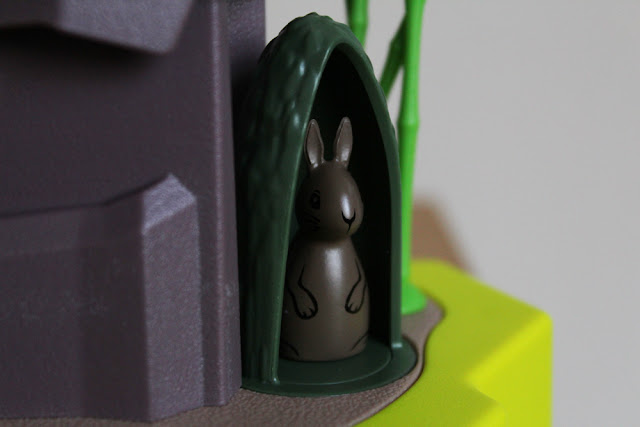 The second little hidden feature is that the tall part of the mountain is actually a lift that the panda or rabbit can sit in to go up the mountain. It literally slides up and down to lift the animal up and down.

Lily a few times found it a little stiff but as soon as she got the idea how hard she needed to push and pull it, she managed.

She was soon making the panda go up and down the mountain using the lift to take it up and using the river to slide it down. This was her favourite thing to do with the toy. 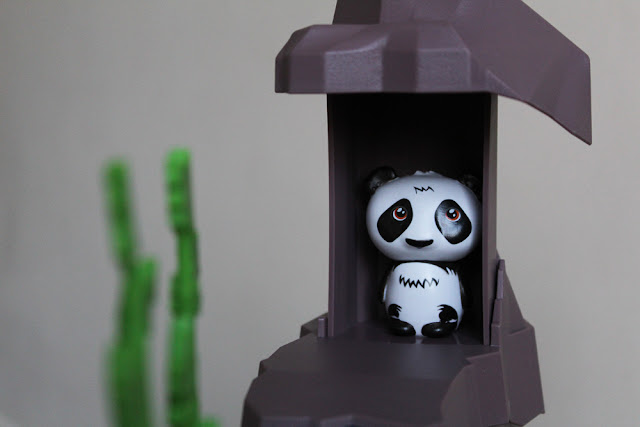 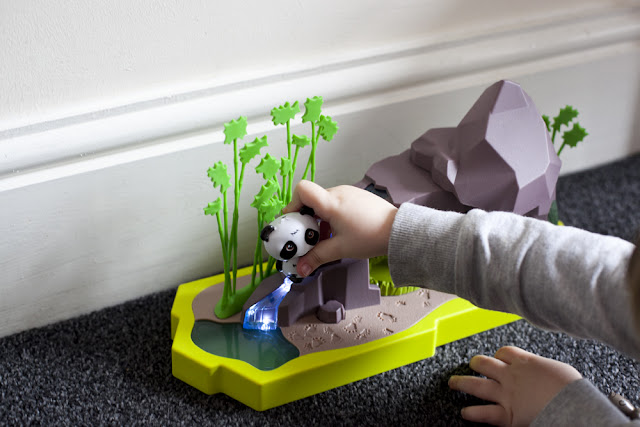 But thats just all about the play set. The panda is one of the main features of this set and does a lot more than it looks.
Firstly the panda is actually quite soft and squishy. It is made from a flexible plastic so when you can squeeze them. Then your little panda also makes sounds. On the bottom of it there is a little switch and when switched on it makes 20+ cute animal noises. Each of the animals in the set has its own unique sound. One way to make your animal make sound is to simply touch it and it responds. There are sensory zones on the belly, head and back. It can also tell when you lay it down to sleep and it makes cute sleeping noises as it does.

If you really enjoy this play set, the sets have also been made so you can add on another set by making the play sets fit together.

The little animals also come with little keychain attachments that mean you can take your panda everywhere you go and can have an adventure together.

The play sets are £24.98 each and can be bought from the HexBug Website.

What do you think to the Lil Nature Babies Playsets?

Posted by LilysLittleLearners at 16:07