Halloween has to be one of my favourite times if the year. I am one of those people who love to decorate the house, have halloween parties, cram as many halloween films in as I can, and also do fun activities with Lily.

Thats why I decided that it would be fun to make our own spooky Halloween themed Pizza's.

How to Make Spooky Halloween Pizza's

I came up with a few ideas for my pizza's before going out and buying my ingredients. To make the same ideas as mine, you will need Pizza bases (or make your own). Cheese, ( I bought sliced) and Olives. You will also need Tomato Puree.


The first design I made was the Mummy.

It is super easy to do. First spread the tomato puree onto the base. This was Lily's favourite job. You then need to cut the cheese into thin strips to make the bandages. Then place them on with some spaces between and cut up 2 olives for eyes. Mummy's don't always have to have a mouth but Lily wanted to give ours one. 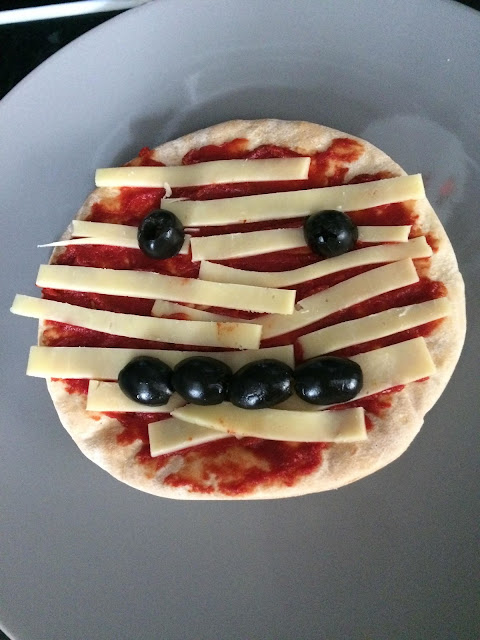 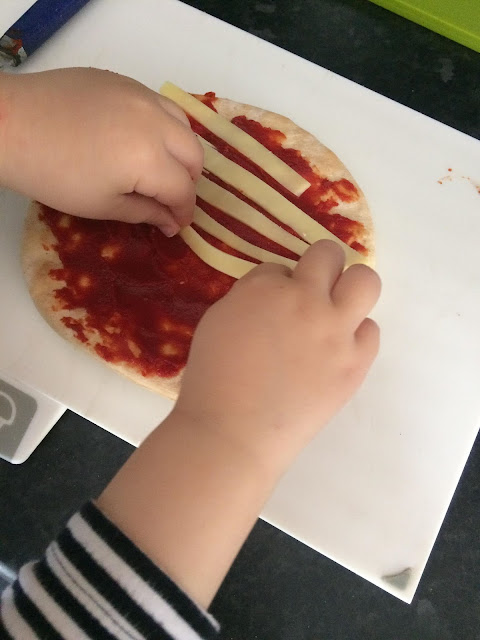 The second design I made was a spider web with spiders on it.

Again spread on the Tomato Puree but this time with the cheese you need to cut it into even thinner strips to create the web pattern, then cut strips in half to go around the centre of the web. After you have placed on the cheese, you then need to cut some olives in half to create the spiders body. I put 4 olives as spiders bodies on mine. Then to create the legs you cut half an olive into 4 little slices and place them on each side of the body. The third design I made was some ghosts.

Again the tomato Puree goes on. You then need to cut some little ghost shapes out of the cheese. I managed to cut 2 ghosts to place on top of our pizza's. I then chopped some shapes for the eyes, which Lily put on and then made a little ground for the ghosts to hover above out of olives.

The pizza's then need cooking for around 10 min each. 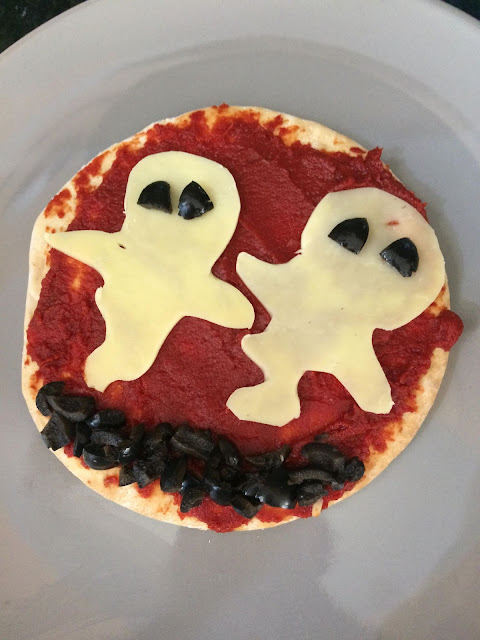 I think that the pizza's came out great! Much better than I expected. Lily loved them and she decided she wanted the mummy pizza. I had the spider web one.

There was a few more ideas I came up with for the pizza's. One was warewolf using tuna to make the texture of the fur. Another was vampire, using olives for black hair and peppers for the mouth.

Which of the 3 pizza's above do you like the best?

Can you think of any creative Halloween Pizza ideas?
Posted by LilysLittleLearners at 17:34