We are heading to the end of the summer holidays now, but Lily being off Nursery has meant for lots of days out and trips to the park.

Orchard toys have available lots of travel games perfect to keep your little ones entertained for when you are out and about and so we were sent some games to review during the summer holidays.

I could not wait to get lily out in the sunshine to try some of these games. But unfortunately, the sunshine seemed to disappear a few weeks ago and so we didn't get much outdoor use with the games.

But the first sunny opportunity we got, we headed to out local park to sit outside in the sunshine and play some games.


Orchard toys let us choose two games and we chose Animal Families and Build a Beetle. 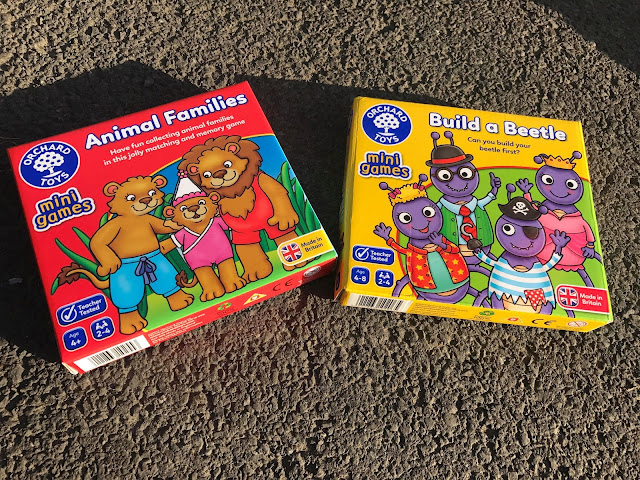 Both of the games are aimed at children 4+ and Lily is still only 3. But she will be 4 in a few months so I felt that these games may be more appropriate for her age.

The first game we played was Animal Families.

The game comes with 30 animal cards which make up 10 families. It also has 2 wild cards. I was really excited about playing this game with Lily as I used to play something simular as a child myself. 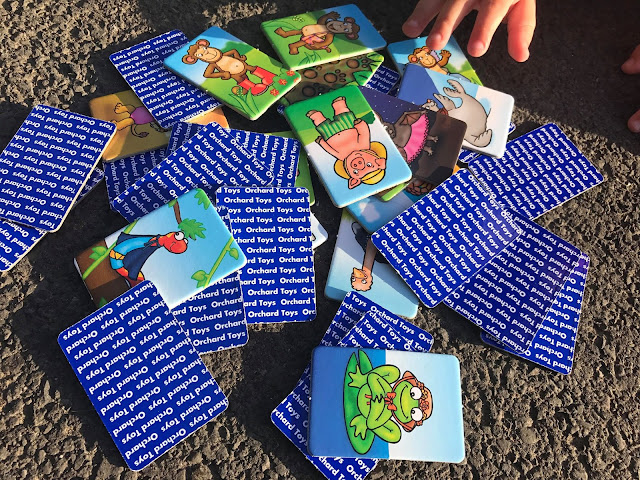 To set up the game you need to shuffle all the cards and then lay them animal side down onto the ground. Its a great game for travel seen as it is so easy to set up.

Playing the game is really easy. You take it in turns to pick up 2 cards. If the animals on the cards match then you may keep them, if they don't you place them back down.

When you have 2 animals matching, and you pick up another one of those animals, you also may keep it and add it to make an animal family. 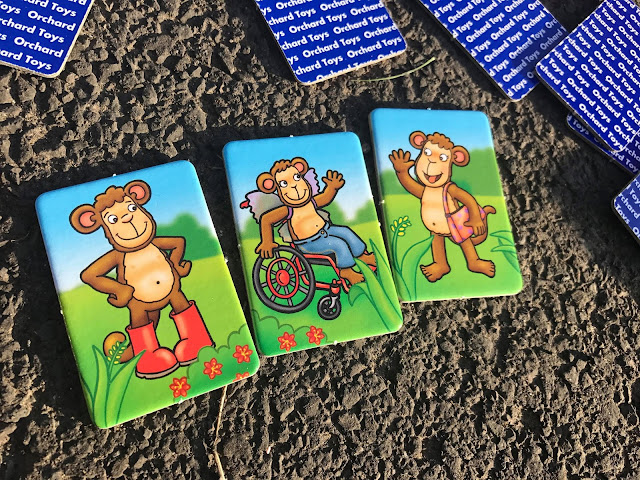 If you pick up a wild card, then  this means that you can take a complete family from another player. The wild cards don't need to be used in the game though and can be taken out before playing. After the wild card has been used it needs to be placed to the side not to be used again.

You continue to pick up cards until all the families have been collected. The winner is the player with the most animal families collected.

The second game that we played was the Build a Beetle. 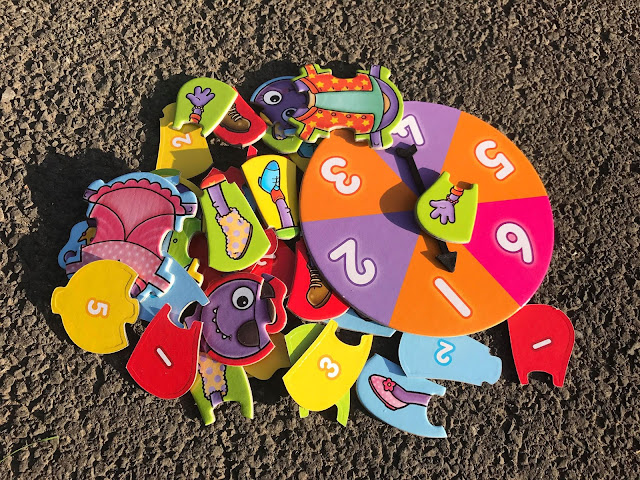 The game comes with 4 nine piece beetles and a spinner board. 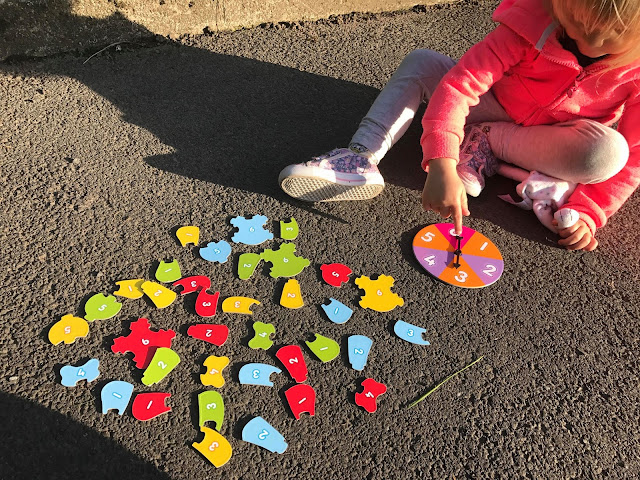 The first player spins the spinner. They must spin a 6 to be able to start the game. As Lily is quite young I skipped this part and let her choose a colour 6 she wanted. She would of got frustrated with not spinning a number 6.

You then place that number 6 the picture way round which shows the stomach of the beetle. Players then take turns to spin the spinner and collect the numbers which make up their beetle. The winner is the first to build their beetle.

Lily did really well with this game and she enjoyed the jigsaw element to this game. 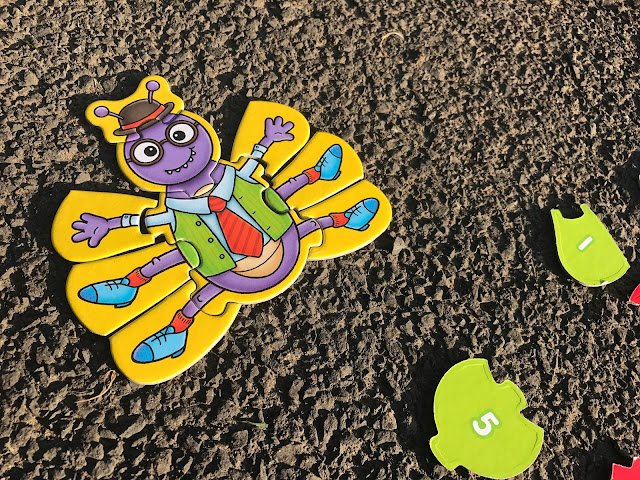 Each game is only £5 to buy and there is lots of games to collect.
You can see the entire range of travel games here on the Orchard Toys website.

Which of these 2 games do you like the sound of?
Posted by LilysLittleLearners at 15:10