Lily and I love trying out new toys! So as soon as we were offered to review the brand new crate creatures I jumped at the chance to see what the new toy was all about.

The title of Crate Creatures says "Free The Beast" and thats exactly what you have to do with this toy.

The creature comes inside a crate which is brilliantly designed. It has all the features you would want to see on a crate with a monster inside including bars and a hole for the monster to peep out of. It also has signs on saying Caution!! which really gives it that feel of there is something scary inside.
The bottom and top of the crate is made of a hard plastic. I think it is great that the packaging of the toy is actually part of the toy. Also meaning it can be stored away neatly when not being played with. As well as that, it has a lock and chain on the top, and a crow bar at the side that you can use to open up your creatures crate. Lily was super excited to get open her crate creature. 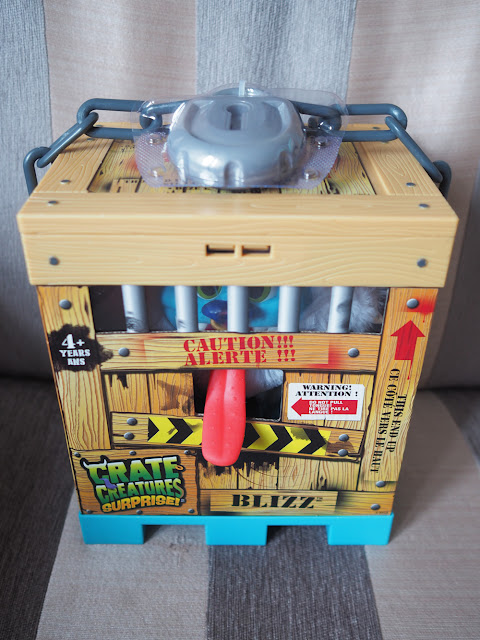 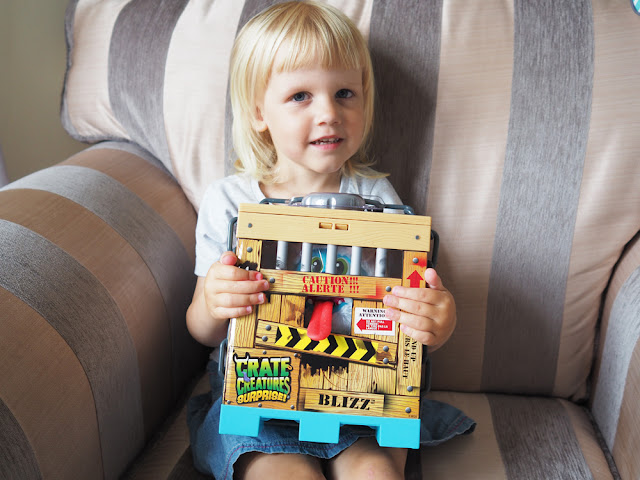 Lily quickly understood what she had to do with the crowbar to open her crate creature. You firstly jam the crowbar into the lock and it clicks undone and you can take the chain off. After that, there are 2 holes at the front that you place for crowbar into, and this pops up the lid and out pops out for creature. This can be done over and over again which makes it really fun for kids to do. 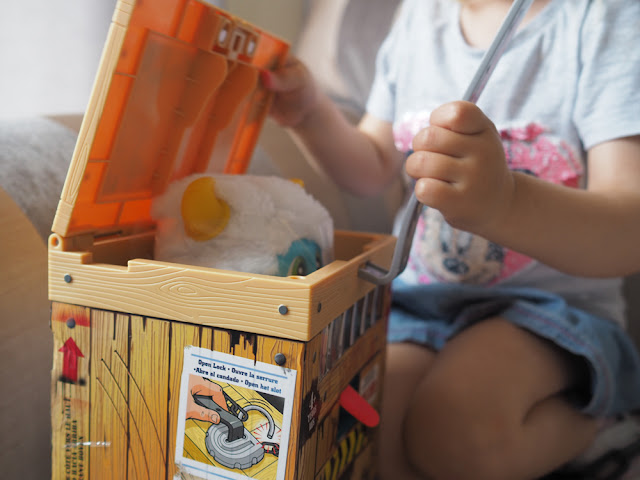 There is a mechanism inside the crate that makes your creature pop up out of the box. For us out popped Blizz!

Blizz is an snowman looking creature who is white with a blue face and yellow horns. He has a long sticky out red tongue. The red tongue isn't just there for decoration though. If you pull it, it will make your creature very angry and he makes all sorts of noises and shake. His eyes will also light up and it will even start to growl at you. 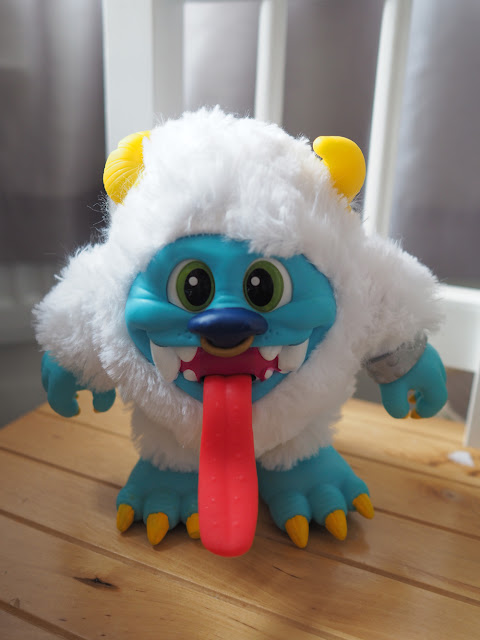 But that isn't the only thing you can do with your crate creature. If you push down his tail, his arms will start to thrash about. Your creature loves to be chucked around and so if you turn his upside down, he will make lots of different monster sounds. If you leave your monster for a little while, you should hear him snore and this then means he will go into sleep mode.

To wake him back up, simply pull his tongue or push his tail. Lily found all of these actions really easy to do and she loved doing them.

Your monster should also come with something to eat. Blizz comes with an ice lolly. To make him eat it, you press it agains't his mouth above his tongue and he will make eating noises. You do have to apply a little bit of pressure for him to do this.

There is then one more feature to your crate creature and this is to record your own voice and sounds. Simply press on his stomach and hold. You hear a grunting sound, this means he is ready for you to make your noise or speak. White it is recording his eyes will glow yellow, when you are finished, let go of the stomach. Once done, it will reply to you in a monster voice. To keep playing it just press the stomach, but be careful you don't hold to long as it will end up deleting your recording to make a new one.

The only thing we did not find easy with the recording was getting it to say your recording with a stutter or in reverse. It says in the instructions that you press the stomach and turn upside down or shake, but many times we ended up making it record something new. I think it really must be a quick press of the button on the stomach to make this work. 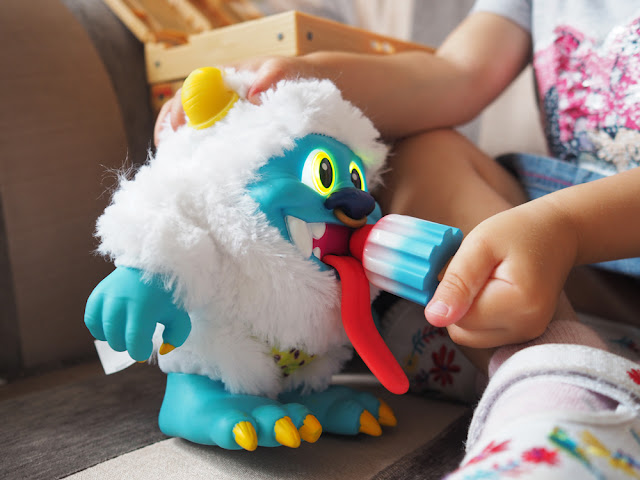 Everyone who has been around has been super impressed with the creature. Lily has got it out a quite few times and has loved showing her friends, but then when it is out, I must admit she has gotten bored of it quickly.

Blizz is just one character out of 4 that can be bought. You also have Sizzle, Snort and Pudge. They are all £39.99 to buy and can be bought from stores such as Smiths Toy Store.

Head to the Crate Creatures Website to see more about them.

Posted by LilysLittleLearners at 12:12