Fingerlings have to be the cutest toy to ever be invented.

If you are new to what a fingerling is, it is a cute little pet that hangs from your finger. You can get baby monkeys, sloths or unicorns. 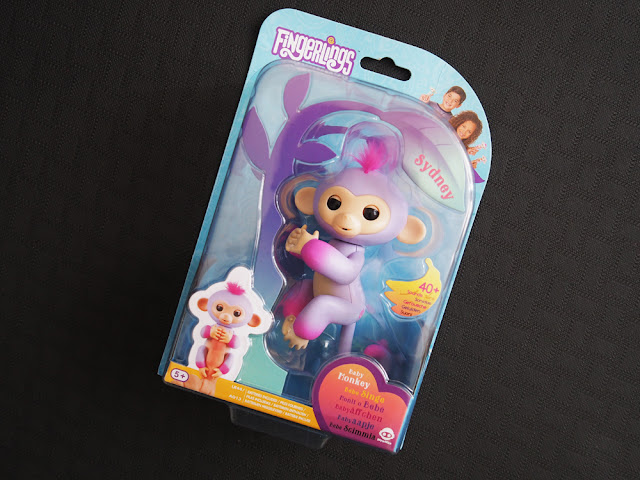 WowWee toys have just launched some two toned monkey Fingerlings and so we were sent one to review.

Lily was so pleased when hers turned up and could not wait to get it opened. We got Sydney the purple and pink monkey. 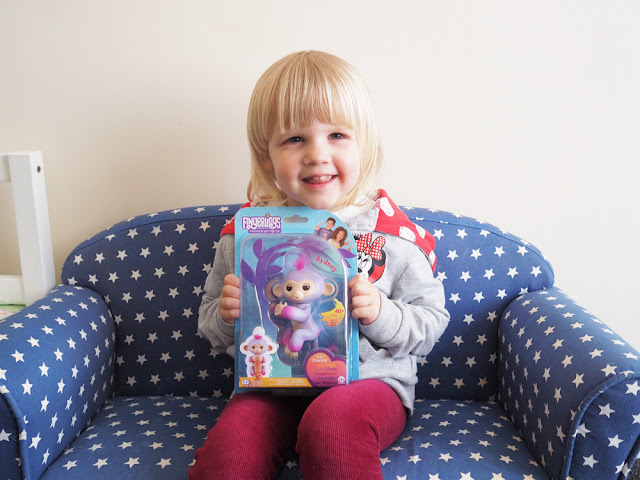 As soon as you switch on your fingerling, it says "hello" and starts interacting with you straight away with all sorts of cute noises. It has over 40 different sounds to listen out for.
The way that the fingerling is designed, is so that it hangs from your finger and so its feet and arms are closed together to allow this. They are super cute and all have a little tuft of hair on their heads. The new two tones just adds a nice extra prettiness to them.

As well as speaking, they also move. It moves its head from side to side and also closes and opens its eyes. Lily was super delighted when she turned it on and it started talking and moving. 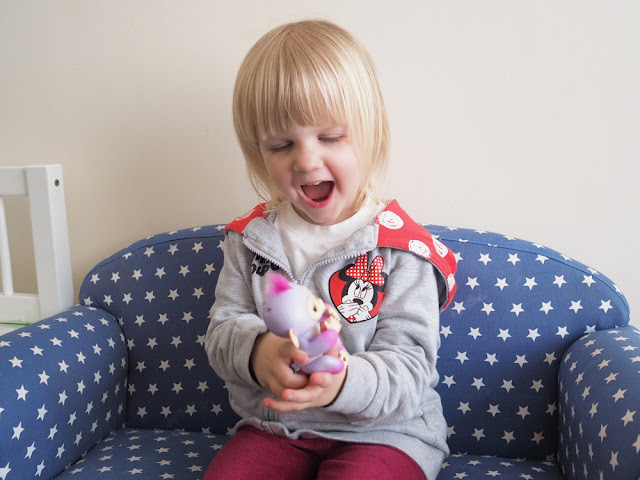 But the fingerling isn't actually as simple as that and actually comes with tons more features. It has 2 sensors on its head, each one to the side of the little tuft of hair. Tap it once or twice for a range of different reactions.

Then if you hang them by their tails. They love it and they may even laugh hysterically. Also if you stroke its head, it loves the affection and will make cooing noises.

If you want your fingerling to go to sleep, you could also lay it on its back and rock it like you would a little baby. 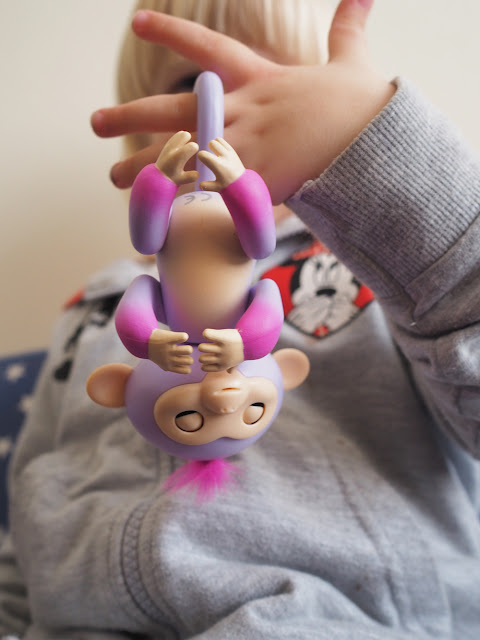 The features of the Fingerling get even better. You can even make them toot or burp by cupping your hand around the top of your head. Even I think this is a hilarious little feature of it.

Next you could try blowing your fingerling a kiss. It reacts to the sound and may even blow you one back or it may cause it to sneeze.

I love that the fingerlings are so interactive and they make the perfect toy pet for a child to own. 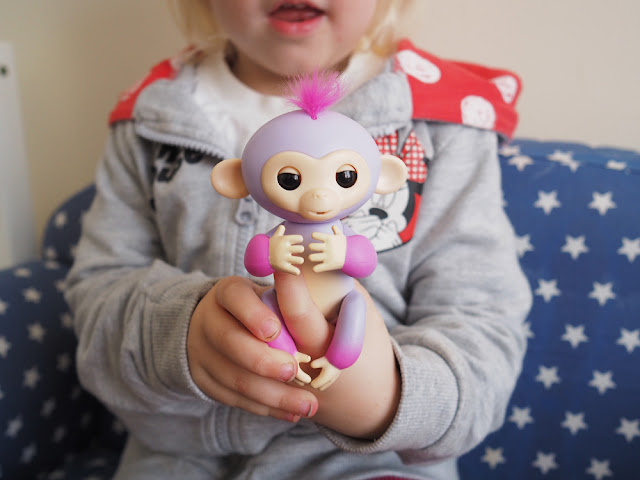 The Fingerlings are £15 each and you can buy a variety of colours. Head to the website to see a list of retailers that sell them.

Your in luck, I have one Two Tone Fingerling to giveaway to one lucky winner.

Enter below on the Gleam app.
Win a Two Tone Fingerling
Posted by LilysLittleLearners at 16:21