Our day at the Fair

We had such a great bank holiday this year! Lots of sunshine and so it was great that that day we planned to go to the fair which was being held at Townley Hall.

We went their last year and Lily had a great day then. You can read about last year here.

Looking at last years pictures it was much warmer this year, which meant that it was a day for shorts and t-shirts and summer hats to be worn.

We went as a family and we were also meeting my brother and his girlfriend there. When we got there Lily was so excited, she could see everything going on in the distance and was hurrying us towards all the rides.

The first thing she wanted to do was go on the bouncy castle. So I payed £2 for her to go on. Lily can be really funny with bouncy castles, some days she loves them and some days she doesn't. Today was going to be one of those funny days and she didn't want to stay on for long. I did convince her to jump but I had to stay near her and hold her hand for most the time. Still, she enjoyed bouncing up and down as long as I was hold of her. 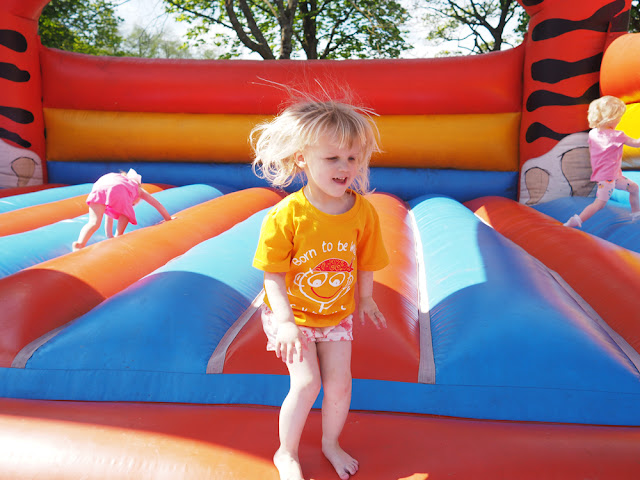 Next Lily wanted to try and win a prize so we headed to a stall with some prizes. It was one of those games where you have to whack to hit the bell. Lily couldn't manage it on her own though she gave it a good try. So her Uncle Dan helped her out. She was excited to win a prize and decided to choose a golf set (which mummy encouraged her to pick). Perfect for some summer fun! 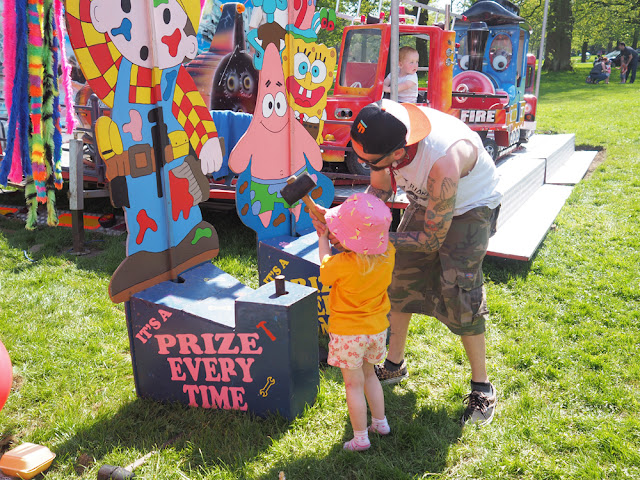 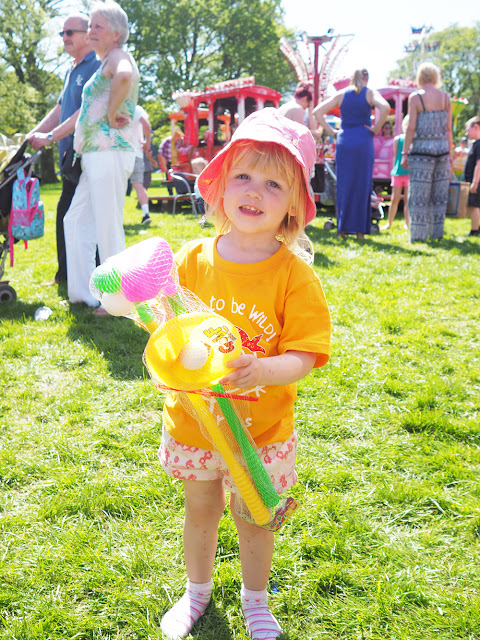 After this I tried to encourage Lily to go on some rides but she didn't want to. She loved rides last year, but has seemed to have gone off them again lately. So I didn't push her and instead I decided I would go on a ride with my brother and his girlfriend. While we did this, daddy took her to go and get some ice cream. Lily's favourite dessert! 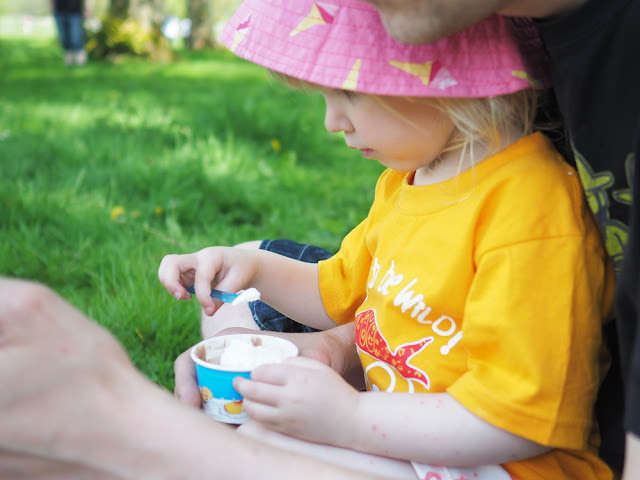 After relaxing in the sun and finishing ice cream. We went to go and play another fair ground game. Hook a duck! We had to help her play it but she was so excited when she caught a duck, she wanted to take the duck home but we had to explain how its a prize you get to choose and so she chose a plush doughnut. 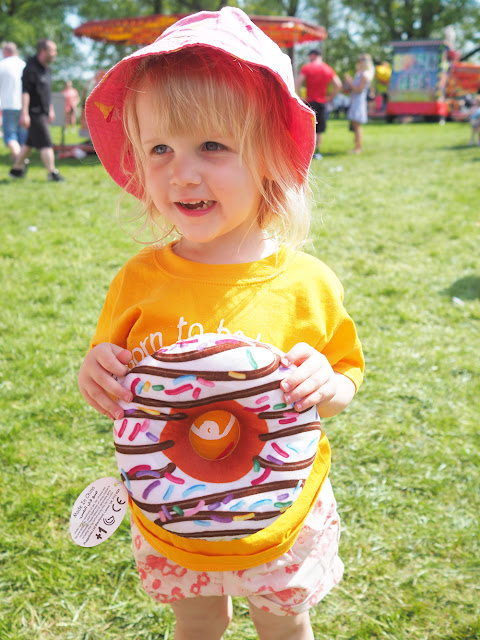 Lily then decided she wanted to go on the giant inflatable slide but we decided that it was probably something I would pay for and then when it came to climbing up it, she would probably not want to go up it alone and parents couldn't go up it. So we decided to play golf with her new golf set.

It was lots of laughs and I haven't seen Lily enjoy playing with something for so long before. Also lots of giggles for me as her daddy helped her play and got hit with the gold clubs many times. She was so excited every time she got the ball in the hole and would jump up and down shouting "Yey I win!" 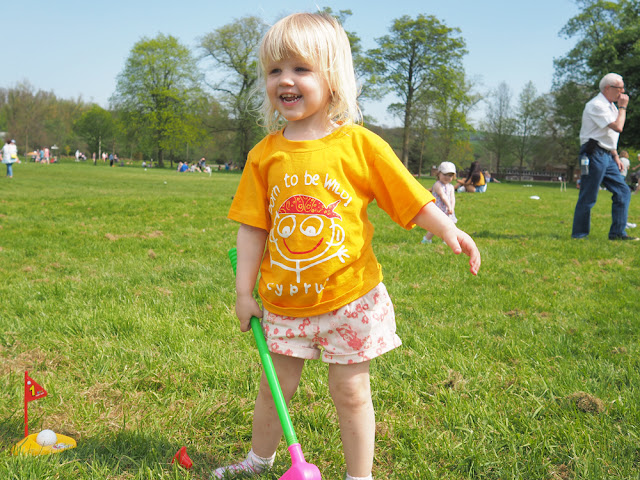 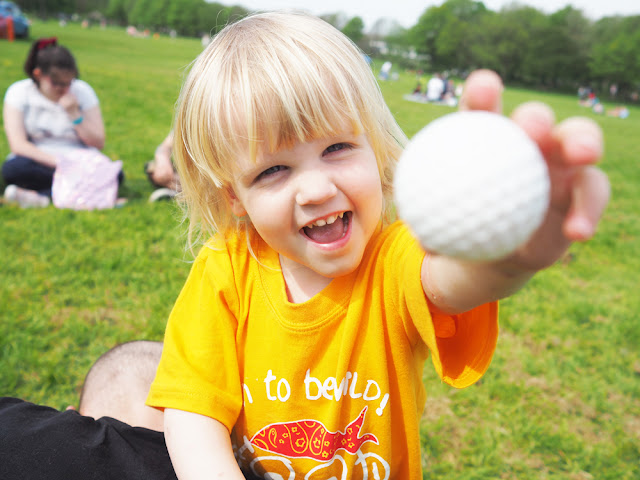 After this we headed home. Lily was starting to get tired and we had been in the sunshine for quite a while.

Overall it was such a fun day at the fair, hopefully there will be another one next year.

What did you get up to on bank holiday monday?
Posted by LilysLittleLearners at 15:18