You may have noticed I have been pretty quiet this week. As well as being super busy lately, we have also had something sad happen in the family.

We have lost one of our lovely pet cats Trixie.

So I thought that this months mid month more about me would be all about my cat Trixie.

I got Trixie 9 years ago when she was 7 weeks old. She was the tiniest cutest little thing, I took this picture the day after I got her. 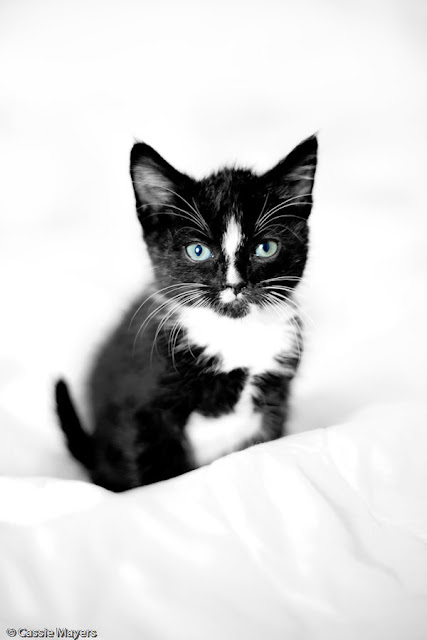 Trixie has always been a strange and timid little cat. She liked her own company and was quite happy to snuggle up in her bed and not move much for the day. When I decided to get some more cats to be her friend, she was never interested and always spent her time on her own. She used to love night times when she would climb onto my bed for cuddles before I went to sleep.

Just before I moved to London, I gave her to my friend to look after for 2 weeks while I was moving my things up there. This is one time we thought we had lost her. She was so scared of being somewhere new that she ran away. Or so we thought. 2 weeks of looking for her and walking around the streets shouting "Trixie Pixie". People must have thought we were mad shouting that out.

It was only when my mum went round to my friends house and shouted her name there that Trixie suddenly appeared. She had managed to find a gap some where and had gotten under the floor boards. She wasn't lost after all and I was so pleased to have her back.

When Lily came along, again Trixie wasn't very interested. She has always been such a quiet little cat. But over the last 3 years Lily has become friends with her and now that Lily is old enough to understand to be gentle Trixie did enjoy getting stroked and brushed by Lily. In the last few weeks with Trixie Lily was super kind to her and would look after her and give her treats. She knew Trixie was poorly and so there bond grew so much more. 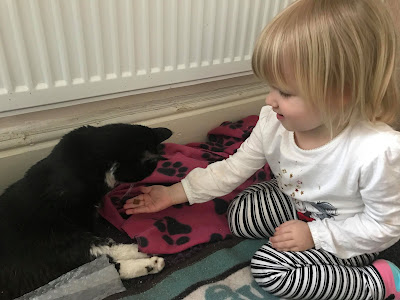 This is where the sad part comes. Unfortunately at this time, we had noticed that Trixie's back legs were going, she was really struggling to walk, and so I decided to take her to the vets and this is where we got bad news. The vets thought that she either had a tumour or something wrong with her spine. She said either way, to prepare for the worse.

We had the choice then that we could either put her through scans and operations, or let her go.

We decided that it wasn't fair to put her through all the scans and operations, especially because she has always been such a timid little thing. So we knew it was only a matter of time before we would have to say goodbye and decided to give her a few more weeks with us. We set up a corner in the room, with a litter tray that was easy to get into and her food and water and some blankets. She was cosy and quite happy there. She was still using the litter tray and still eating a drinking and so she had a few more weeks with us.

Soon enough though the time came where she could barely walk, and she was struggling to get into her litter tray and she seemed in pain. So we made the decision to take her and put her down.

My partner took her for me as I didn't want to see it happen and I stayed with Lily. We told Lily that Trixie was going somewhere where she would have no more pain and her legs would work again and she could run around with other cats. She is a little young to understand death and so I felt that this was an extension of the truth for her that was better.

Its been just over a week now that this happened and Lily has spoke about her a few times. The vets were ever so nice and sent a card with some seeds to plant. Also my parter paid to get Trixie's paw prints printed into a card which was lovely and these will be framed. 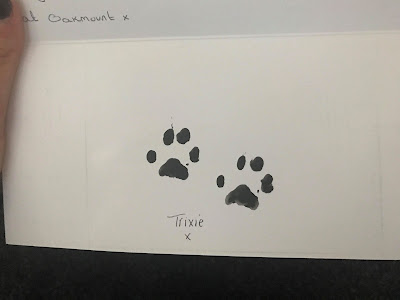 We had 9 special years with Trixie which we won't forget. 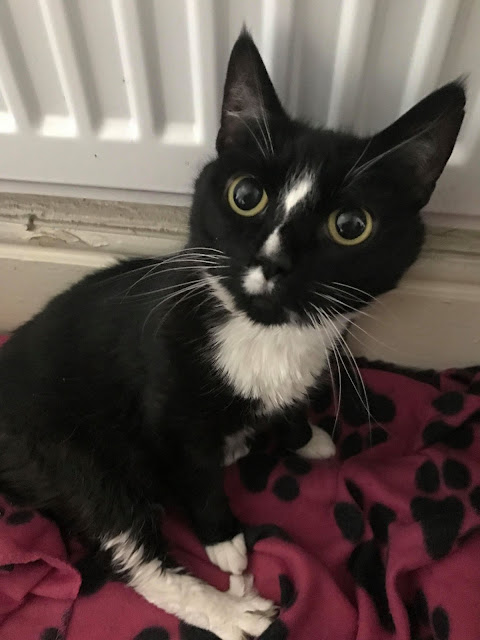 Posted by LilysLittleLearners at 11:06