I love the fact that all the games come in a handy cube box. Its perfect for storage and also has a little handy so your child can carry it around with them. Lily just loves playing games so she was really excited to get it open and get out the games to play with. 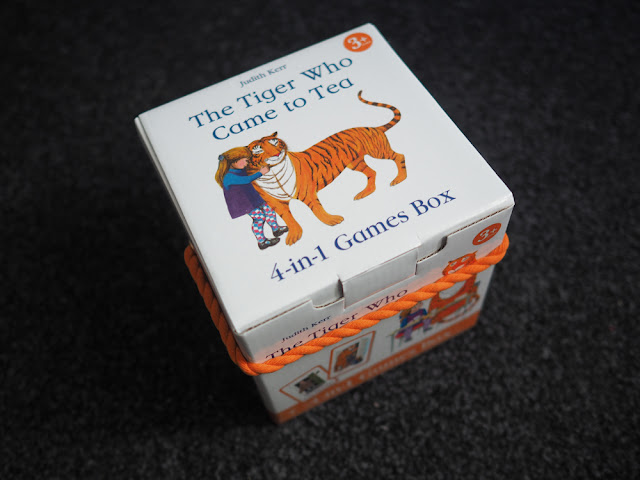 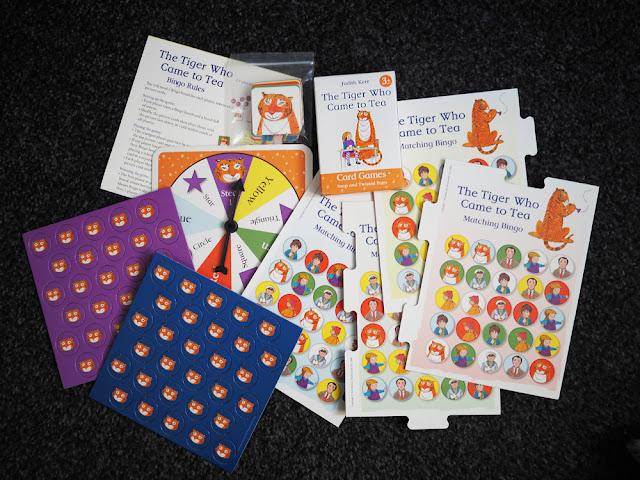 The cube has 4 games inside and are all perfect for children aged 3+. Inside the box there is 4 double sided jigsaw cards. A pack of playing cards, purple and blue counters, square cards and a spinner.

The 4 games that you can play in this box is Snap, Matching Bingo, Twisted Pairs and 4 Shapes in a row.

The entire game features the lovely art work from Judith Kerr's book, which was delightful to see.

Lily decided that she wanted to play Matching Bingo first. For this game you need the square cards and the counters and matching bingo jigsaw pieces. 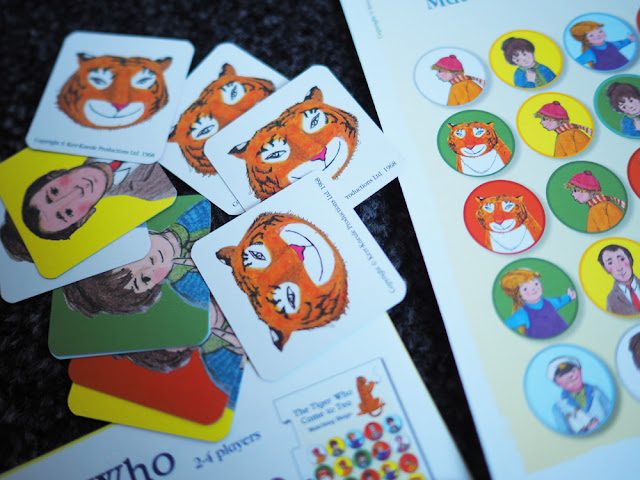 The aim of the game is to get 4 counters in a row. You mix up the square cards and take it in turns to turn one over. On each card is a character from The Tiger Who Came To Tea and you have to try and match that to your bingo card. If you have that character then you place down a counter. To make the game a little more interesting each character also has a colour to the background. So you may have a tiger with a red background or you may have one with a green.
This element did slightly confuse Lily but she got the hang of it in the end. I did sometimes have to point out where on her card was the piece she needed to place her counter down. Lily ended up winning and then she wanted to play it again, which means she enjoyed it. 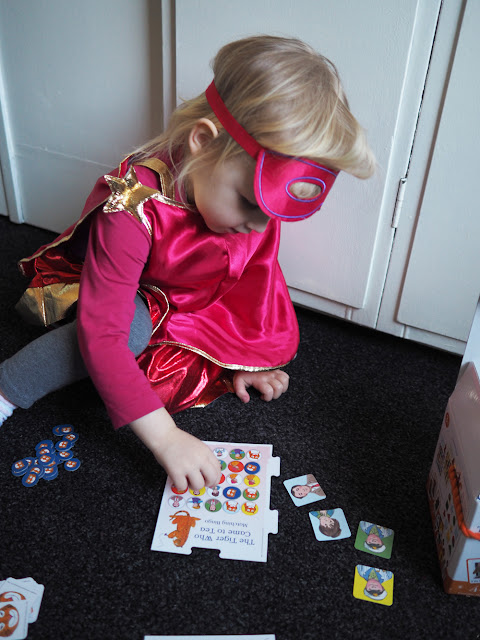 But it isn't as simple as that. You need to use the spinner to determine which shape or colour you have to place down on. On the spinner there is also a picture of the tiger which says steal one. If you land on this one, you must steal an opponents piece.

Lily understood the concept quite well and it was a quick game where Lily won again. I did at times hint to which she should maybe steal from me which would help her win as she doesn't really understand how to stop me getting 4 in a row. 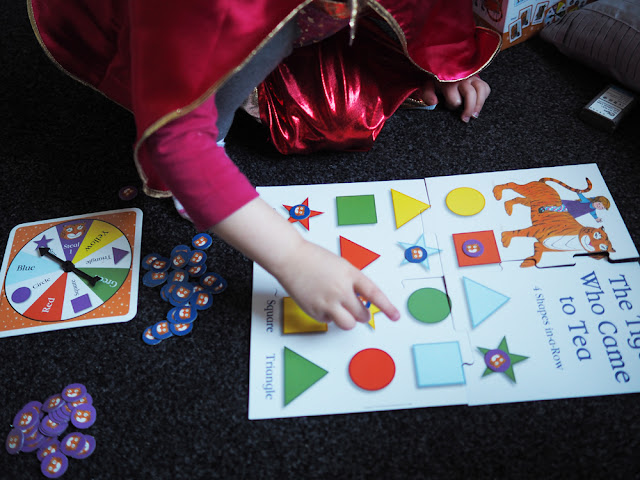 After that we played Snap. This is the first time Lily had played snap and she didn't quite get how to play but it will be a game to keep playing with her and i'm sure she will pick it up soon. It's really nice to have a set of cards with The Tiger Who Came To Tea illustrations on to play with.

After snap we laid out the cards to play pairs. Lily has played this game before and so knows how to play it. But it was the game she was least interested in playing when I suggested which games there was to choose from. Its easy to play though and all you have to do is turn over the cards to get 2 of the same pairs. 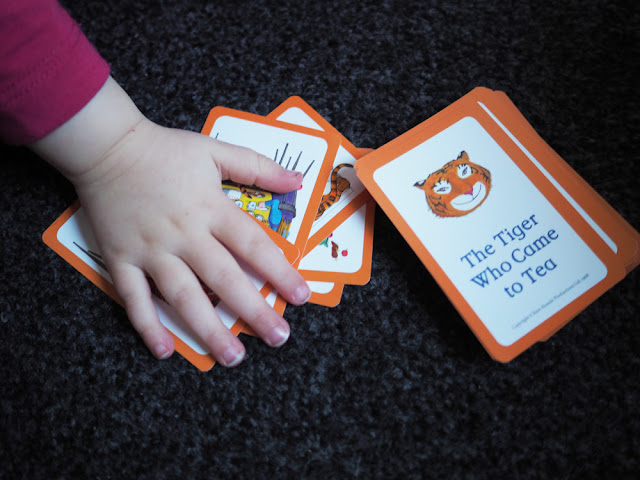 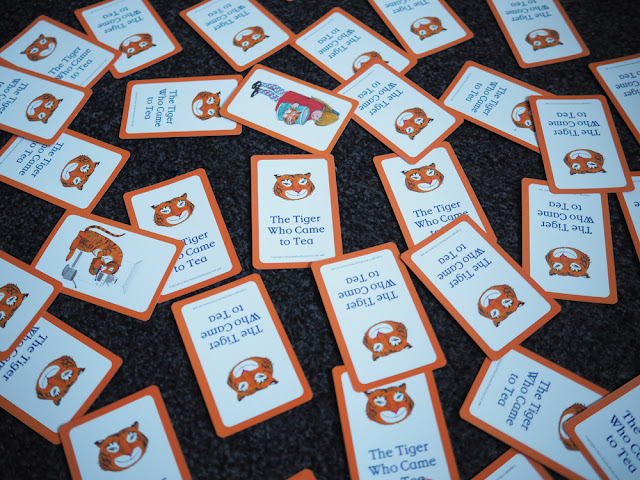 Over all it is so good to have 4 games all in one cube. Perfect for if you are having a games day, friends round to play and also perfect to take to somewhere like grandparents house.

The games cube is only £11 to buy and so is great value for money to say you get 4 games to play.

You can buy this game from the Paul Lamond Website along with other story themed games.

Who would like the chance to win a games cube to play with there little one? Paul Lamond Games have let me give one away to one lucky winner. Enter on the Gleam app below for your chance to WIN.

Win a Tiger Who Came to Tea Game Cube
Posted by LilysLittleLearners at 16:27