As today is National Chocolate Day, it's the perfect day talk about our favourite sweet toy, Num Noms.

and these cute sweet smelling toys are perfect for inspiration of what we could do for National Chocolate Day. 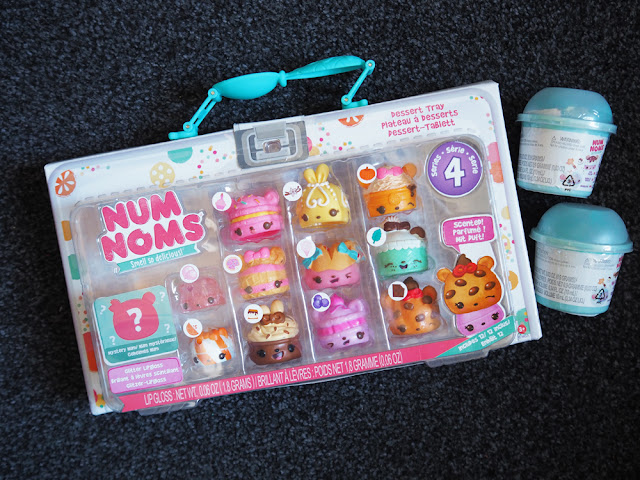 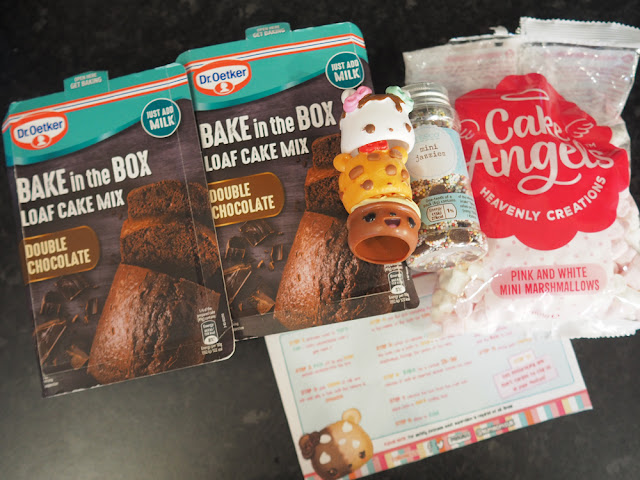 Lily chose a few Num Noms to help us do our baking. She chose Chucky Chip, Mocha Frappe (which she said looked like chocolate cake) and she also chose Softy Mallow which is from her series 3 Num Noms that she owns.

She was very excited that she was going to get to bake with Num Noms and she popped on her bakers hat. 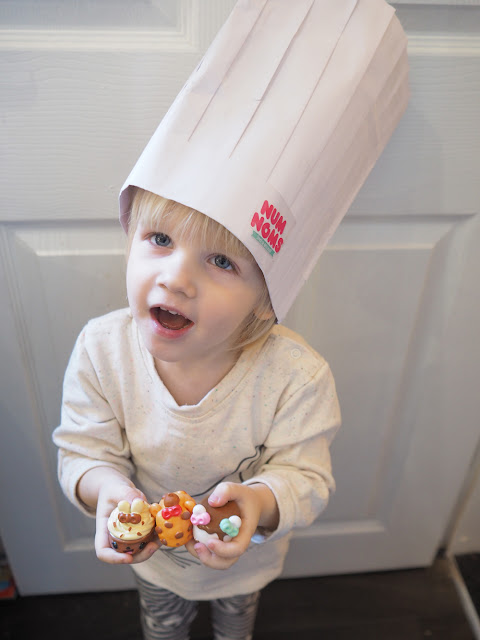 We popped on Lily's apron and got everything ready to bake. It was really easy to make with the bake in the box cakes and all you had to do was add milk and stir and then put it in the oven for 10 min. After 10 min, we had to take it out and run a knife down the middle (of corse I did this part) and then pop it back in the oven for 25 min.
Lily was super impatient and excited about the cake coming out the oven and kept asking if it was ready. As soon as it came out it looked great. One of the Num Noms and Lily both wanted to eat it right away, but I had to explain that it needed to cool and so put it on a wire rack. 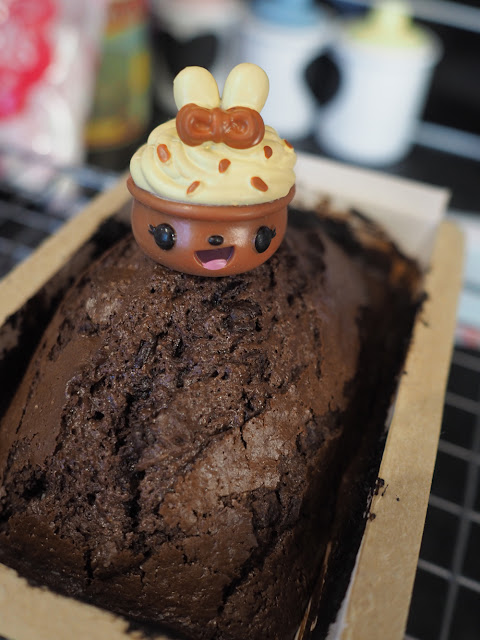 As soon as it had cooled, we took it out of the box and planned how we would decorate it. I had a jar of Nutella in the cupboard and so I thought this would make the perfect topping for our cake. I let Lily smear the chocolate onto the cake. She did a great job although I did have to keep stopping her from dipping her fingers into the chocolate and eating it. Haha

After we had put a layer of chocolate on we placed some chocolate mini jazzies on top and also some marshmallows. 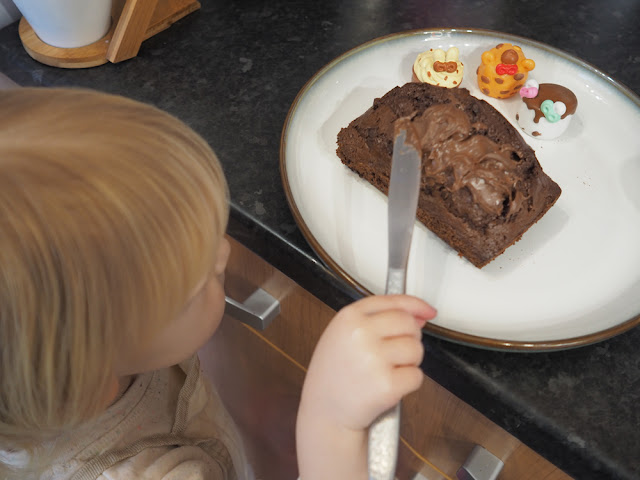 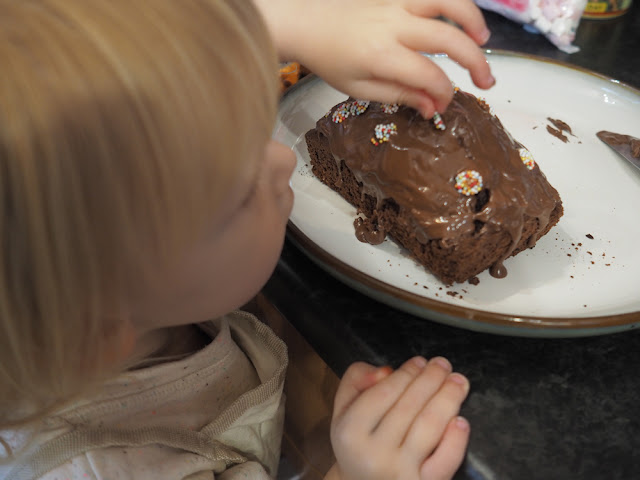 The cake looked great and Lily had done such a good job decorating it! It was finally ready to eat and of corse Lily got the first slice. Though she did share it with her Num Noms which was nice of her.

How will you be celebrating yours? 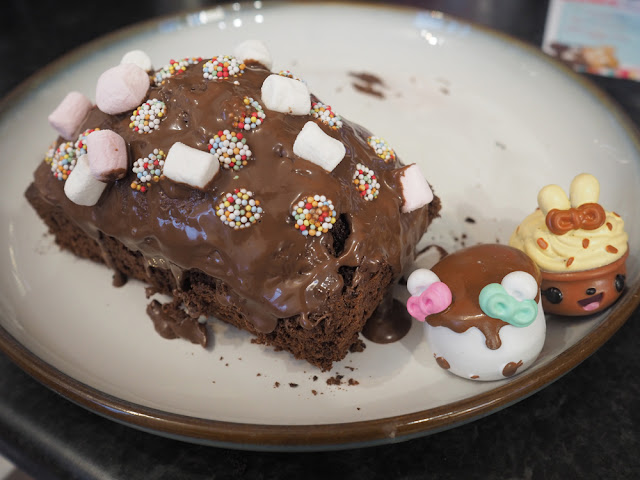