Today its Lily's 3rd Birthday. It does not feel 2 moments since she turned 2 and I wrote all about that on the blog. Every 18 months I've wrote a post to celebrate all the new things that Lily has learnt. But as she is getting older, she is just learning so much and it really is impossible to keep track on what she has learnt recently.

I usually write out into a list all the things Lily can do, but she can do a lot of the same things as she could do when she was 2 and a half, only she can now do them better.

She has improved so much on things like talking and now can have a conversation with someone (or herself). I think my favourite thing she has learnt to say is I Love You.

You really don't realise how much they grow until you look at them a year later. One of the most drastic changes is that she has finally started to get more hair. Though she STILL get called HE sometimes. 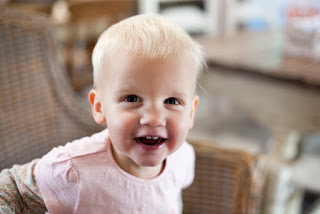 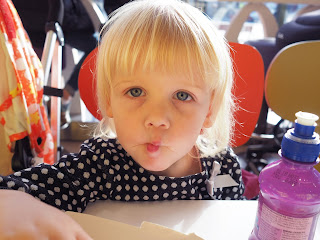 This year Lily started nursery. She has finally started to settle in now and enjoys going. I have really noticed that she is learning a lot there. One thing she has definitely picked up from there is singing. She has learn't all sorts of songs and will quite happily walk around the house singing all day. Or she may even stand on the bandstand in the park and do a show for me. (Which I have to dance to I may add)

Lily has also got better at counting and now knows some of her teen numbers. She also knows how to count back wards from 10. She has back tracked with recognising numbers though and no longer seems to recognise them, though that may just be her having me on.

Lily still loves to draw, as well as people she also draws tree's and houses. Though the houses don't always look like houses.

Lily's finally started to not watch Peppa Pig as much, and doesn't often watch Bing or Ben and Holly. She has a new obsession with Paw Patrol. She must watch it every day and knows all about it. She can tell me all the characters names and her favourite is Rubble. But she tells me lately she also likes Rocky. She is going to be delighted today, because today she will be getting lots of new Paw Patrol toys and be having a Paw Patrol themed party. Keep an eye on my Instagram so see it all happening.

I wish that I could say that Lily sleeps through fully now. But I can't. She still has her nights where she is waking up. But getting her to sleep is quite easy now and after story time she will happily roll over and go to sleep.

As for toilet training. Lily no longer uses a potty. Unless there are no toilets near by and we use a portable one. But she is happy to fully use the toilet now and can even go all by herself. This is definetly one of the biggest things she has learnt in the last 6 months.

More than anything Lily's little character has really blossomed. She is getting a lot more independent but also a lot cheekier. Her cleverness means that she knows how to try and get what she wants. I'm lucky that she doesn't really throw many tantrums, probably because she has learnt already that they don't work with me. She isn't often naughty and instead is generally very kind and loving.
She will happily share and lately she has really enjoyed making new friends. Though she doesn't always understand that not everyone wants to play with her and gets upset when they don't.

Lily loves to tell me how she is a big girl now and I can only see that attitude become more and more soon. I ask Lily often if she would like a little brother or sister and she says NO. Or I ask her if Mummy should have another baby and she says NO which surprises me as she loves her baby dolls. But I don't think it will be too much longer before Lily can not only call her self a big girl, but a big sister as now she is older I would consider having another baby.

I really can't believe my little tiny baby is turning 3 today and is no longer a baby of any sort. She is turning into a lovely little girl and I am so proud of her. I really hope you, my readers, carry on to follow Lily as she carries on growing and learning. 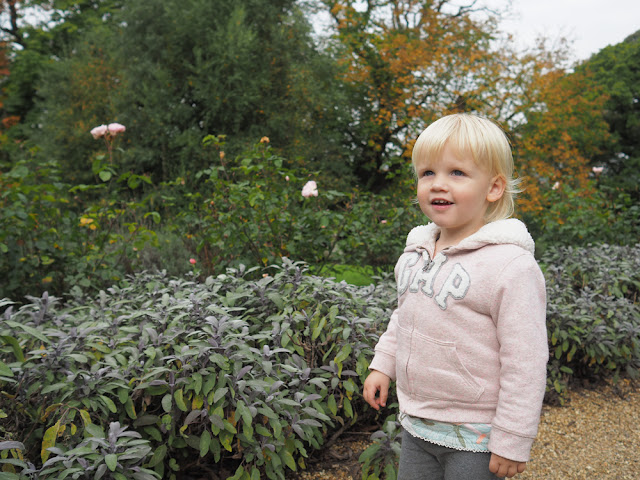 Posted by LilysLittleLearners at 00:07