If you don't already know. Luna Petunia is an adventurous character with her own TV show on Netflix. The show created by Saban and Crique Du Soleil Jr, features Luna revealing the world of Amazia, a fantastical whimsical place where her adventures give her chances to make new friends and learn about and face different situations.

If you have a little Luna Petunia fan then your going to be really excited to find out that there is a new toy range out created by Funrise. The range consists of Soft Toys, Role play items, collectables and play sets.

We were sent to try and review the NEW Luna Petunia Talking doll. 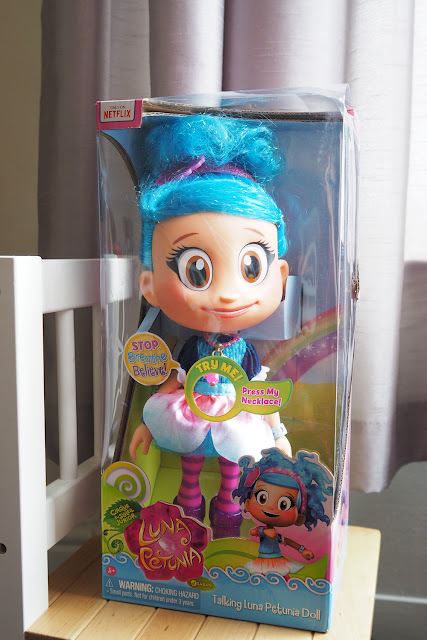 The doll stands at 35 cm and is very recognisable with her bright blue hair and big eyes and smile. She wears her brightly coloured outfit which is her dress with a petal leaf skirt and a sparkly pink head band. She has stripy tights on which are painted to her legs and also wears purple boots and some pretty accessories such as bracelets on her arms. She also comes with a necklace around her neck, which if you press she speaks lots of catchphrases from the show. (Its actually a button behind the necklace you end up pressing)

My first impression of the doll was wow, she is colourful. I do love how much detail and expression they have put into the doll. You can make her stand alone but it takes getting the legs in the right place. I thought she would sit really well but unfortunately she doesn't and you have to lean her on something to get her to sit down. She seems to do the splits really well though.
The button that you press to hear her speak is really easy to press, Lily had no problems pressing it. She even managed to get Luna saying something by hugging her. You can hear what she says really well too. 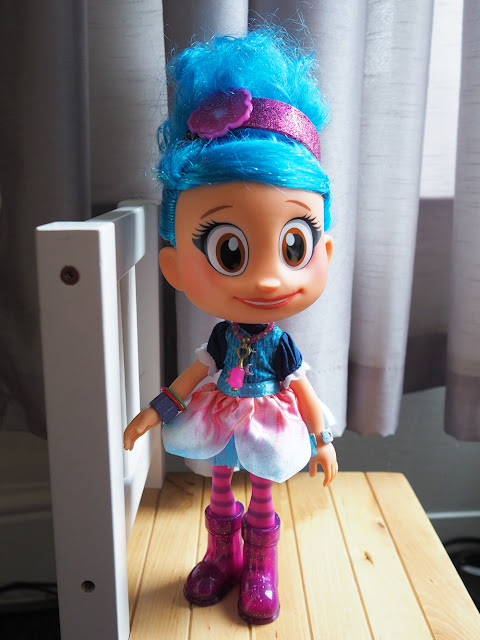 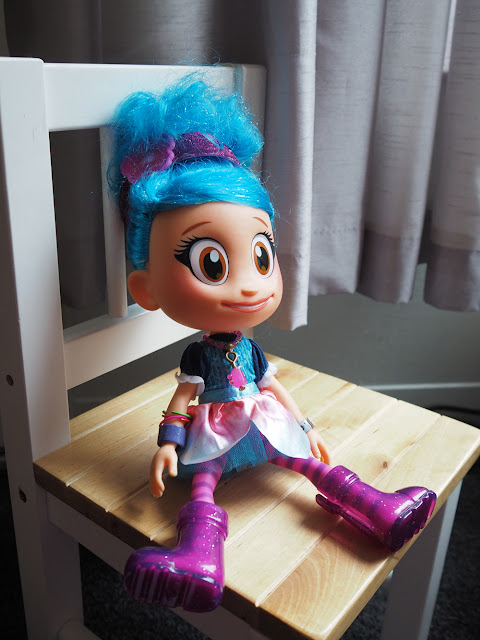 Luna says some of her famous catch phrases like Just stop, breathe and Believe with Luna Petunia. She also asks what's your name which Lily likes to reply to.

Lily was really impressed with the Luna Doll and she became her best friend immediately. She hugged and kissed her, took her around the house with her, gave her food, and eventually put her in a sleeping bag and has a sleepover with her at bedtime. It was really nice to see how much Lily had taken a liking to the doll and how much imaginative play she was having with her.

It does state that Luna has brushable hair. Lily hasn't tried to brush it yet and i'm glad she hasn't. Even though playing with it lots of hair has already fallen out. Poor Luna already looks like she has been dragged through a hedge backwards. This isn't really a great importance to me though as long as Lily is having fun playing with her. 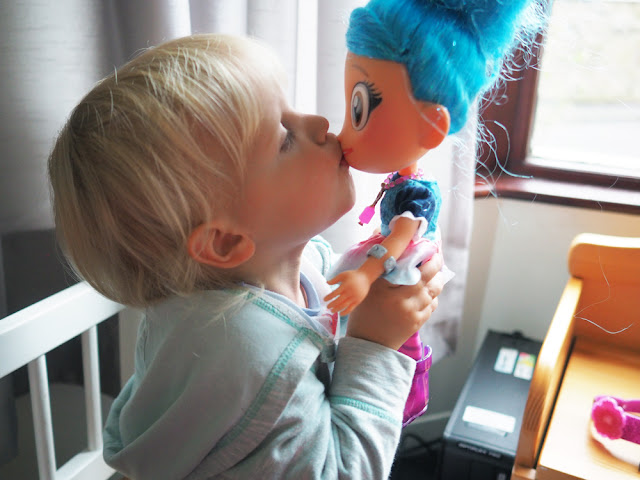 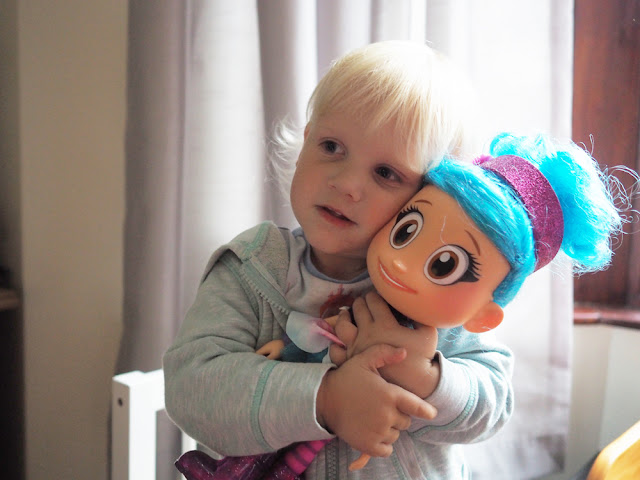 Overall we are really happy with this doll and think she is well worth the £24.99 that she costs.

You can pick her up from stores such as Smyths toys and if you really love Luna you can head down there in the October half term for a Luna Petunia Event where they will be goodie bags!

Are your children big Luna Petunia fans?
Posted by LilysLittleLearners at 09:00