Lily just loves to play with her dolls. I love watching her imagination grow as she plays new roles with them.

So when I got offered the chance to review the Baby Born Camping set I thought this was a great opportunity for Lily to have new aspect of role play with her dolls. 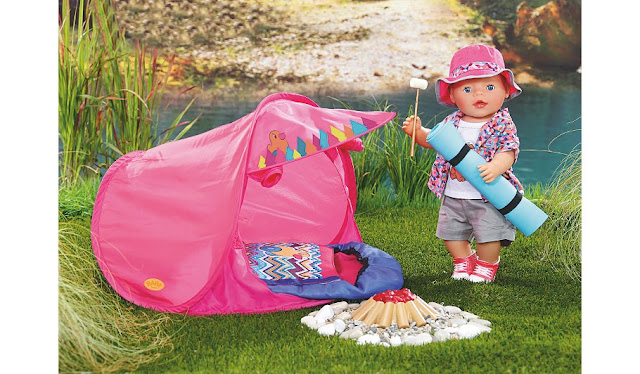 For some reason I thought that I may have to assemble the tent, but I was wrong and the tent is actually pop up.
The set comes with tent, sleeping bag, roll up matt, fire place and pretend marshmallow on a stick. 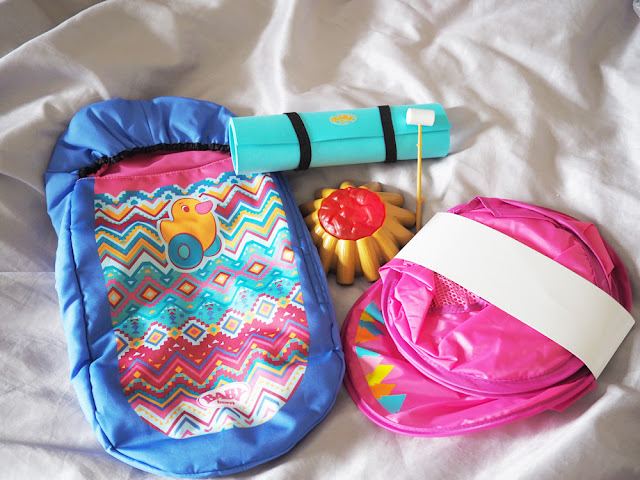 After popping up the tent, I was a little disappointed to see how creased it was and how bent the front of it was. I hope over time this all drops out so it has a neater appearance. This obviously didn't bother Lily thought who thought the little tent was great.

I had planned to take this outside for Lily to play with over the summer, but we have just had so many wet days that even when the sun does come out, the grass is still wet. So we have had to make do with playing with it indoors.

The front of the tent has a part where you can make the tent open or closed. To make it open you roll up the front and velcro it together so then you can place your dolls in and out of it.

She loved placing her dolls inside it and saying its sleep time now. 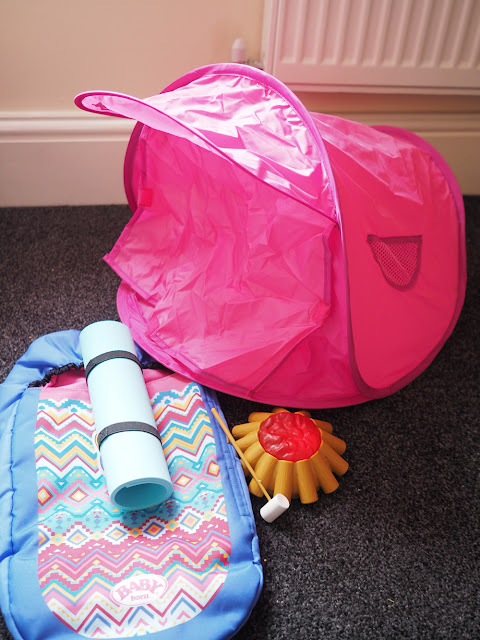 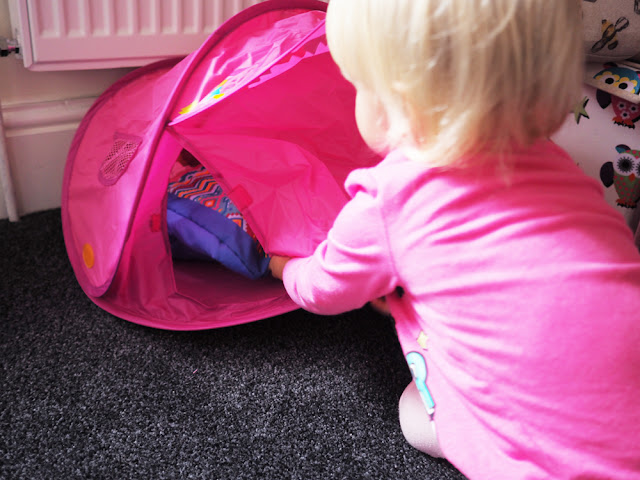 The sleeping bag is great. Really good quality and really does remind me of a mini version of a real sleeping bag. I love the colours and funky patterns and its really easy to place your dolls in and out of it.

The roll out matt is also great and reminds me of a mini version of a real matt you would get for camping. Though Lily called it a picnic blanket and used it for them to sit and eat on outside the tent. When it comes to toys like this, its great for children to be able to use their imagination to create what ever play scenario's they can.

The campfire and marshmallow on a stick is so cute. The fire lights up to make it look like a real fire and I love the idea of roasting a marshmallow on a stick over it. But we obviously haven't had enough marshmallows on sticks as Lily decided that it was actually a hammer for putting up the tent. Again it was great to see her using her imagination. 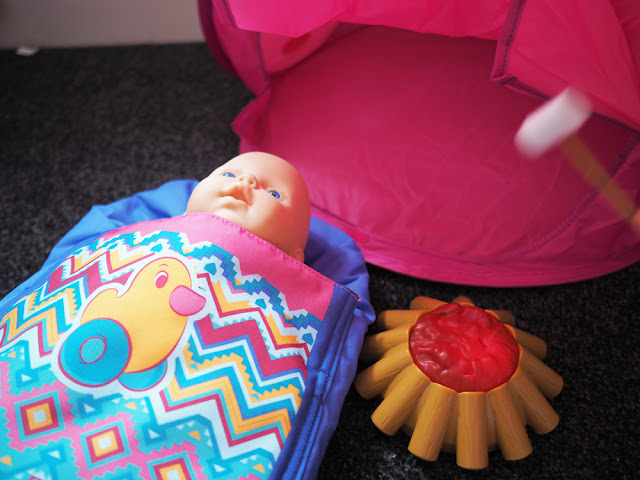 I did however struggle to fold the tent away for storage later on.

Over all this is a nice little set and makes a great little gift to add onto the your child's baby born collection. You can buy the camping set for £29.99

As well as the camping set you can buy additional outfit for your Baby Born dolls. You have a choice of the Camping outfit which has a T- shirt, Shirt, Shorts, Hat and shoes. Which is RRP of £21.99 or their is Fun by the Lake which is a swimming outfit which includes costume, sandals and goggles. This is RRP £16.99.

Head to Zapf Creations Website to see more of what you can buy. 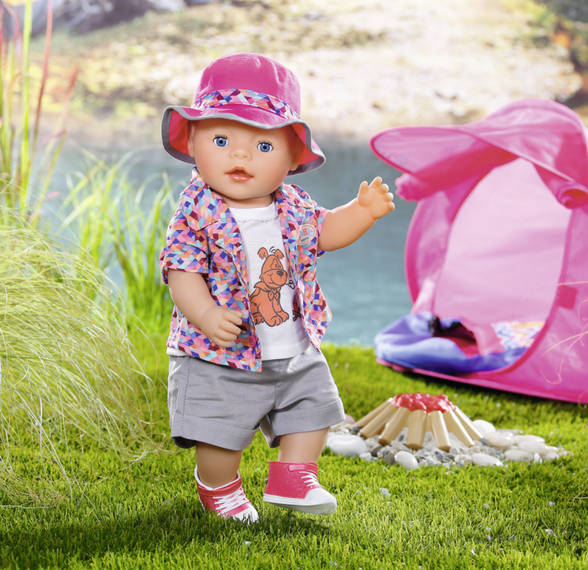 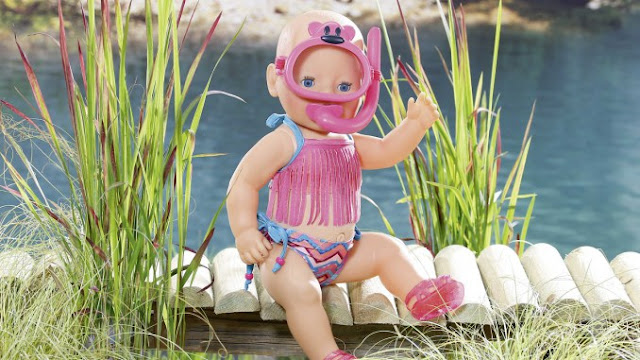 Does your little one enjoy camping? Would they like the Baby born camping set?

Posted by LilysLittleLearners at 20:00