Want to know some exciting news???

Num Noms are BACK! With a new exciting series.

Series 4 is now out and we have been sent some to review. We love them and have a huge collection so we were really happy to be adding new ones to our high pile of wonderfully smelling squishy Num Noms.

We were sent a deluxe dessert tray collection and some series 2 light up Num Num noms. 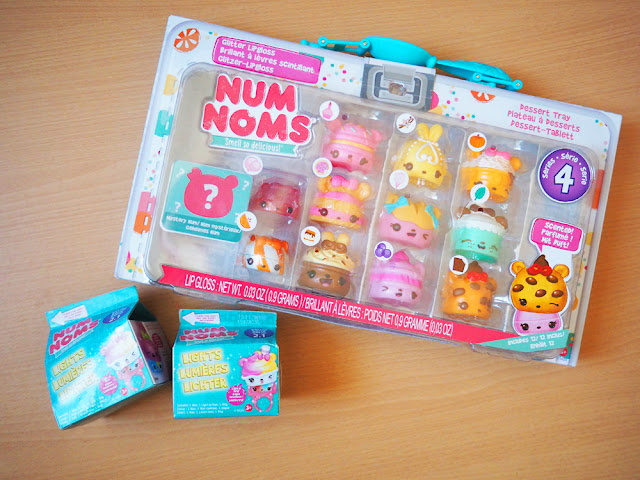 I have such a sweet tooth so a dessert tray of Num Nums was sure to be high on my list of things I love to smell. As usual the Num Noms are all super colourful and smell amazing. The designs are going above and beyond with all the fancy decorations on them and wonderful cream for hair and pretty little bows. Lily and I just loved smelling each one and there was a great variety of nice flavours. Lily recognised the ice cream scents straight away as its one of her favourite desserts. It was definetly her favourite smell of all the Num Noms. 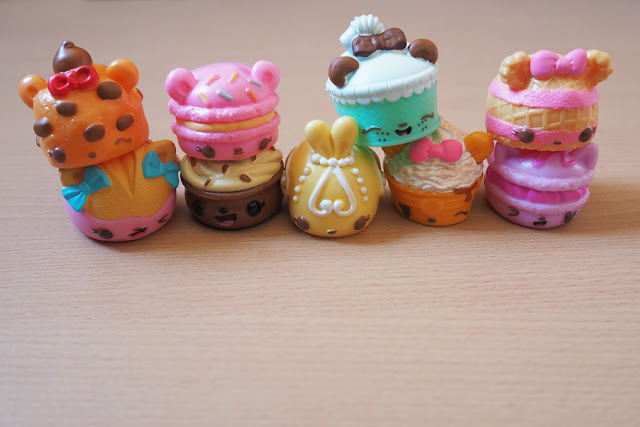 You get 9 Num Noms in the pack and you also get a mystery one that comes in a little box with a question mark on it. We love the element of surprise this brings and I helped Lily open up hers. The Num Nom we got was a yellow brown colour with a purple bow and purple spots on it. We took a look on the Num Nom website to find out that it was and we think that it is Blueberry Oats. 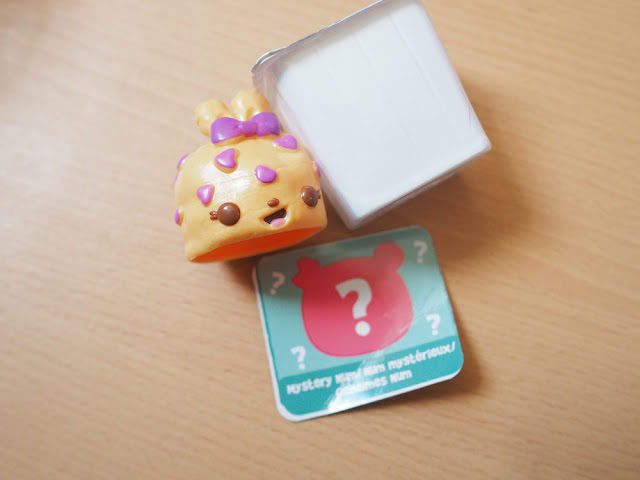 Also in the pack is 2 Lip Glosses. Lily has started taking a little interest in makeup recently. I found her drawing on her lips with a pencil crayon. Im very glad to give her the lip glosses now so she can put that on her lips instead. She was really impressed with them and put some on her lips straight away. The new lip glosses also have a touch of glitter in them too which is a nice addition. 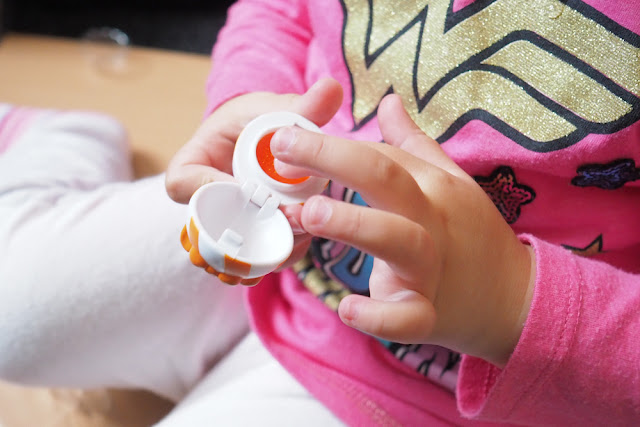 Lily really enjoys playing with the Num Noms. Her favourite thing to do is stack them up on top of each other. She is getting really good at keeping them balanced now and tries to see how many she can stack. This way you can make different flavour combinations and smell 3 difference scents at once. 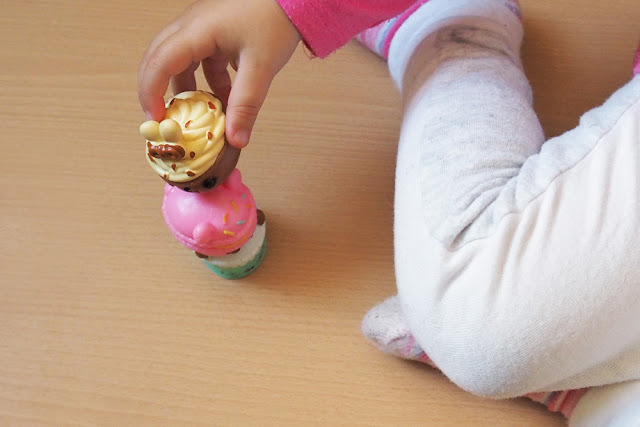 As well as there being a new series of the Num Noms, there is also now series 2 of the Num Nom Lights. I love the light up ones and so was excited that they had brought out more. But what we got inside the little boxes was such a great surprise. Not only do you get some brilliant light up Num Noms, but now they have a ring attachment so you can turn them into rings for your fingers. What a brilliant idea. Lily loved the idea of this and was really happy to wear one.
The ring is quite a nice fit too, it fit on Lily's finger and stayed on, but also stretched and fit on my finger too. The lights turn on and off from a button on the top and they flash different colours. We would love to get a bigger collection of these and I think the rings really add value to these little toys. 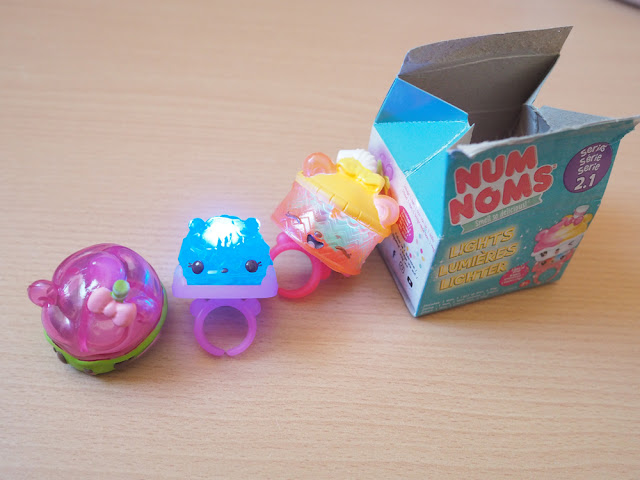 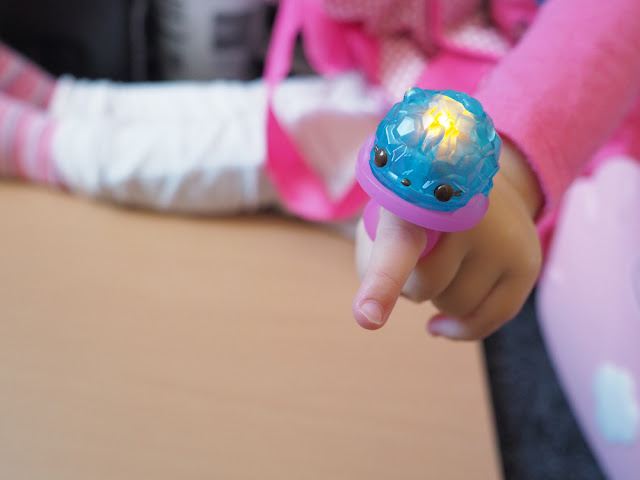 Head to the Num Nom Website to see more of the series.

Who would like to have the chance to win some Num Nums? I have one Deluxe Pack to giveaway to one winner. Enter on the Gleam app below for your chance to win.