Its summer time and the weather is nice. We are all off for days out and some of us are lucky enough to be going away for a holiday. Wether it be a short break or long break, Orchard Toys have now got Mini Games to keep your children entertained.

These are perfect for the journey, or while away for those times you know your child may be a little bit bored. For example - Waiting for lunch to be served and having to sit still around a table.

Orchard Toys asked us if we would like to take one of their games away on holiday with us to try out and review. Knowing that Lily would be having times sat around in the flat between going out I thought it was a great idea. Orchard Toys sent us Jungle Dominoes. 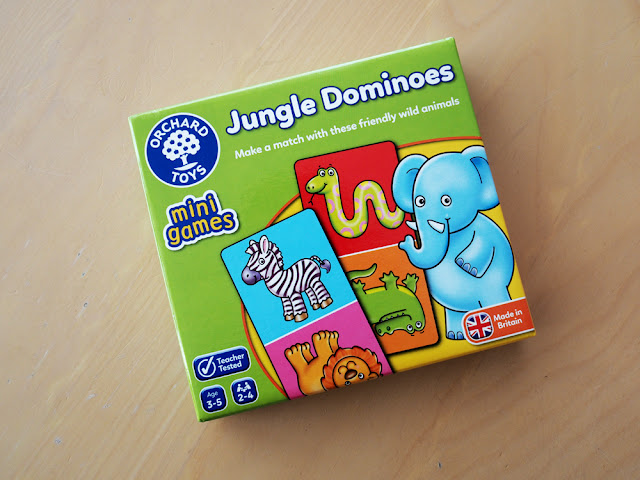 The game is aimed at children aged 3-5 years old and is for 2-4 players. It comes with 28 dominoes and an Elephant play piece. When I got them out I was impressed at how colourful they all are. They are really simply illustrated with the animal picture on and a coloured background. Each animal has a individual colour, so for example a Lion has a pink background. This is great to keep the game not to confusing and help the child recognise the pieces to be able to match them up. As always with Orchard toys games. The pieces are really sturdy and so won't be easy to break. 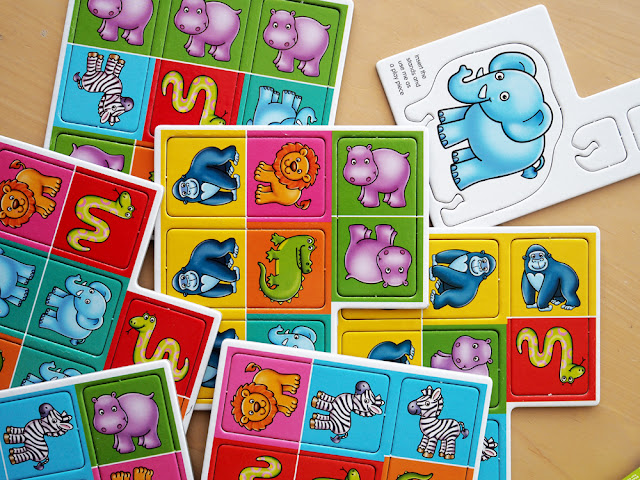 We decided to play the first match in the flat while we were taking a break from the sun. Lily was super patient as I set up the game. We have played dominoes before, so she understands the concept of the game. But I think the easy colour and picture concept really helps her be able to play quicker and so not get frustrated trying to find pieces.

We wasn't too sure of the purpose of the elephant other than just a nice extra to the game. He guarded our pile of dominoes and Lily was delighted to have him take part.

We played a full game and Lily won. 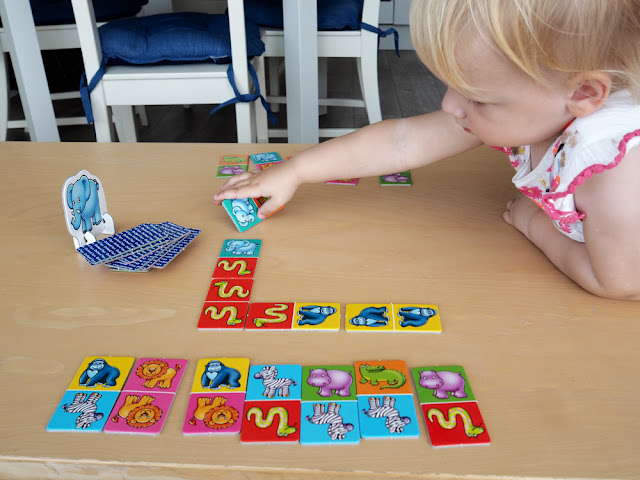 The idea of these games being a Mini Game is so then you can take it with you. So one day when we headed out on a walk, I packed it into our bag. The box is really small and so packs away nicely.

A lot of people would think of games as an indoor thing. But there is no written rule that states that and I can't think of a better place to play a game than while enjoying some outdoor time.

We found a really nice spot by the sea, there is a big seating area type place that you can sit and it was the perfect place to be able to play the game. Lily was really excited to get to play it outdoors.

We set the game up and she decided to play it with her Nan. Again she did so well with it and knew exactly how to play. After she played it with her Nan, she wanted to play again and so this time I joined in. 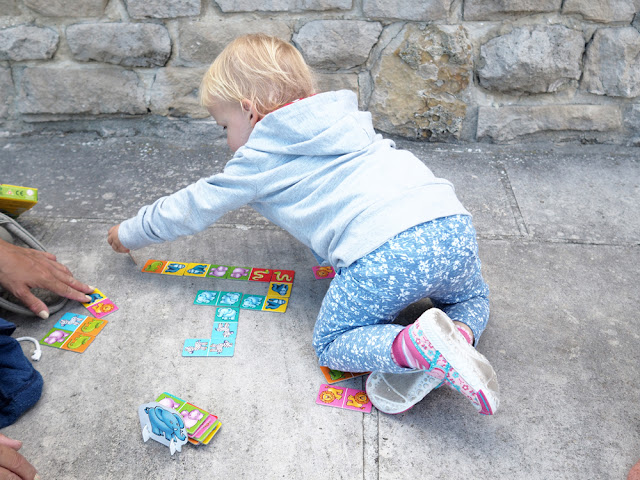 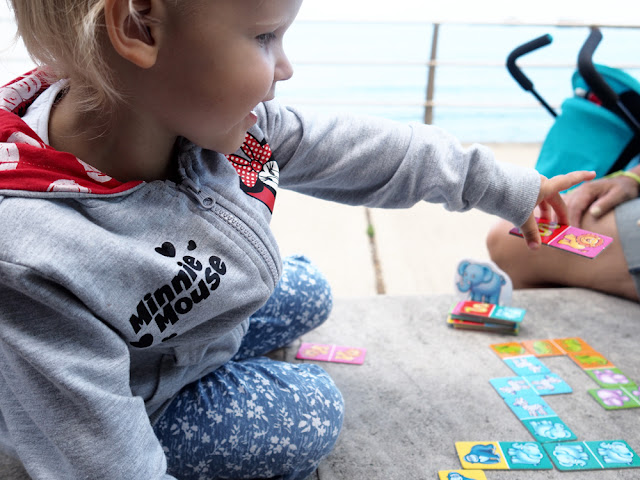 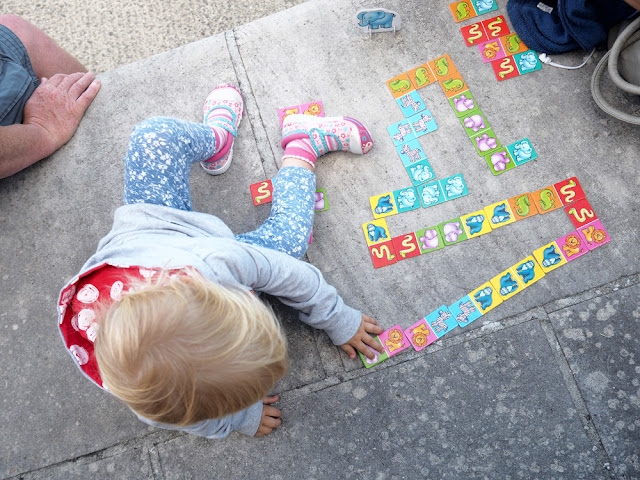 Orchard Toys has a full range of games and you can see them on the website. The Mini games retail at only £4.99 and so I really would head out and get one for the summer months. We 100% enjoy Orchard Toys games and really recommend them to you.

Where would you play your travel game?
Posted by LilysLittleLearners at 21:10