I just loved the look of these new yogurts by Shaken Udder designed for little hands on the go. So when we got the opportunity to try then I definetly thought I would give them a go with Lily. 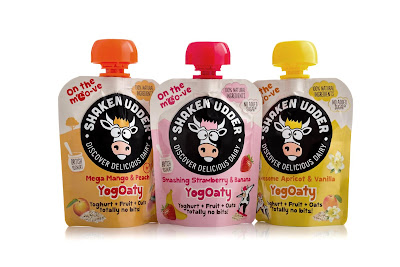 The new range by Shaken Udder are fruity flavoured yogurt and oat pouches which are not only really easy to take with you where ever you go but also are really nutritious and the perfect snack for your child to enjoy.

Its made with British Yogurt, Real fruits and Wholesome Oats. They are full of protein and the oats give a great slow releasing energy. The fruit and oats are made into a silky yogurt that means no bits and 100% natural AND with no added sugar.

We thought they sounded brilliant and I could wait for Lily to try them.

We got sent 2 of each flavour. The flavours consist of Mega Mango and Peach, Smashing Strawberry and Banana, and Awesome Apricot and and Vanilla. 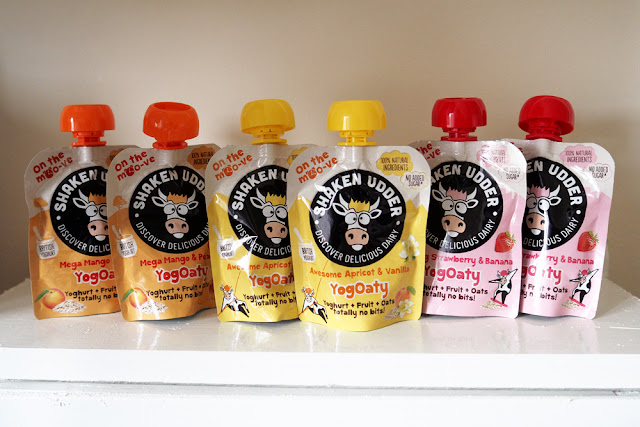 Lily had a friend over for the day so I decided that 2 children's opinion was better than one. After they had dinner they were both really looking forward to a yogurt. My friends little boy chose the Apricot and Vanilla one and Lily chose the strawberry one.

So what did the little taste testers think?

Unfortunately Lily took a few mouthful's of her yogurt and pushed it away. She wasn't to keen. Lily is one of those children where she really loves certain foods and others just doesn't and I can never know if she will like something or not. But my friends little boy had finished his in seconds and it was all gone! He loved them. He finished Lily strawberry one off and wanted more. Which he later tried at home and loved. 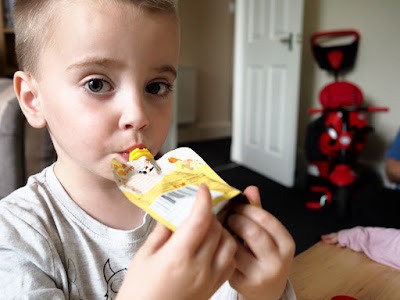 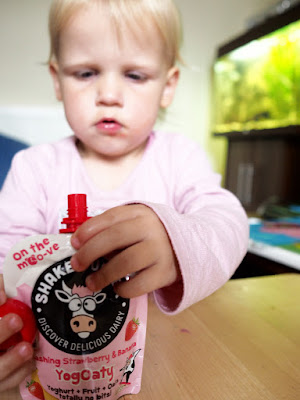 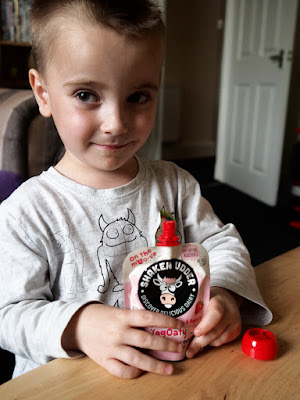 I was quite disappointed that Lily didn't like hers because I really would love her to be eating a yogurt as healthy as this one. They are also so handy to take with you as a snack and we go on many days out. They would have been perfect.

Im glad that I had 2 little testers of the yogurt, because it just shows that what one child may like, another may not and vice versa.

I definetly think you should give these yogurts a try. You can pick them up from Tesco and they will be priced from 85p - £1.20 for a 70g pack.

Is your little one a yogurt fan? Do you think you would like them to try the new Yogoaty pouches?
Posted by LilysLittleLearners at 19:54