We love our books so much that I have decided we are going to do a monthly activity where we do something that has been inspired by the books we have been reading.

The book we have chosen is called Peters Pebbles. I will be writing more details about the story in my monthly book round up but the main story line is that he collects pebbles and then paints them into animals. Magically the pebbles come to life and turn into real animals.

Lily loves collecting pebbles and so we already had a great collection of them stashed away. I got them out so then we could paint our own pebbles into animals.

I read the story to Lily again, and then we had a good look at the animals in the book that peter had painted. I got out the paints, and paintbrushes and we were ready to paint. 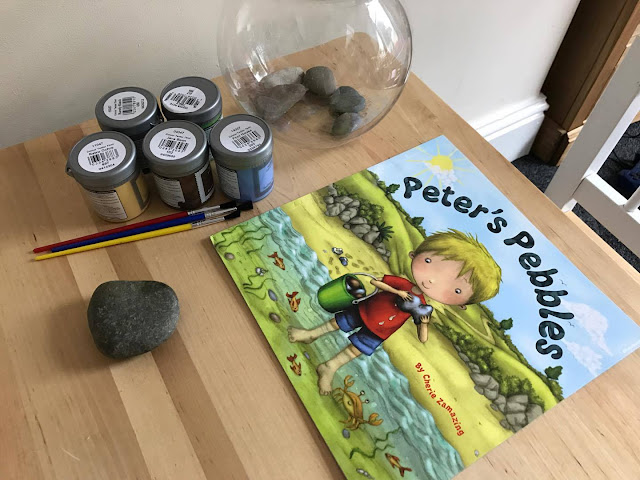 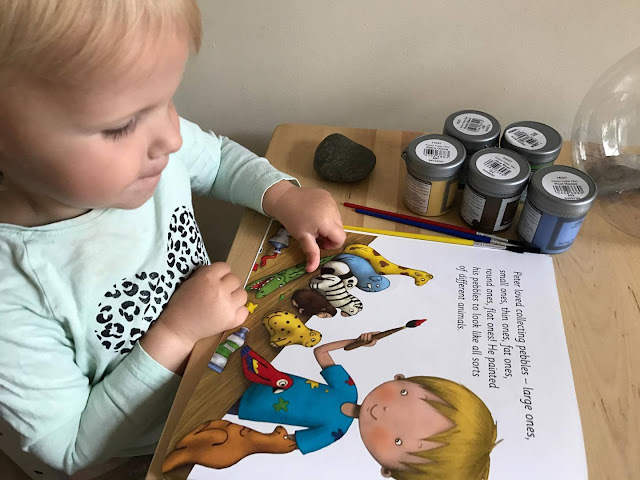 Lily decided she wanted to make a giraffe first. So I asked her what colour the giraffe was and she said yellow. I found her the pebble that was most giraffe like. (unfortunately most our pebbles were really round) and then got Lily to find me the yellow paint. She then painted the pebble untill the side was fully yellow. We then put it to dry. Then she decided she wanted to do an elephant. We chose the biggest pebble for this one. She found the colour blue and painted that pebble blue. 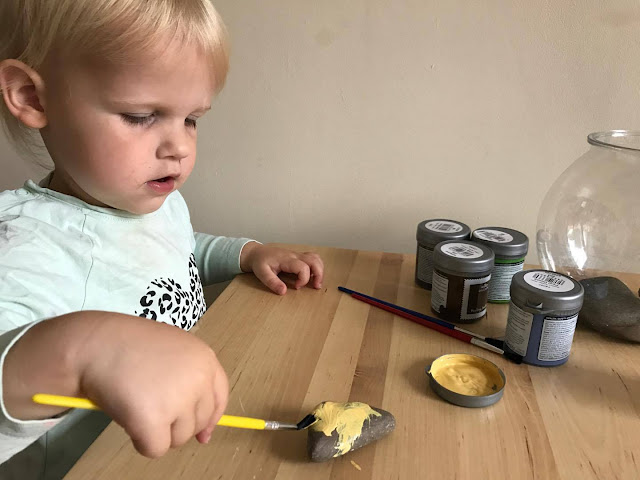 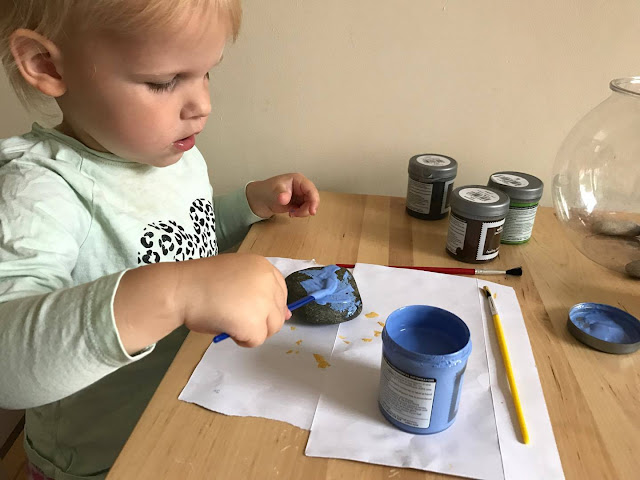 Lily also chose to make a crocodile, a fish and a monkey. After she had painted them all we left them to dry and went and played somewhere else.

It didn't take too long to dry and they looked great. We needed to do the next part of the painting which was the giving them faces and putting the details on them. We first looked at the giraffe and I asked her what colour the giraffes splodges was. She said brown and so she gave the giraffe some brown splodges. 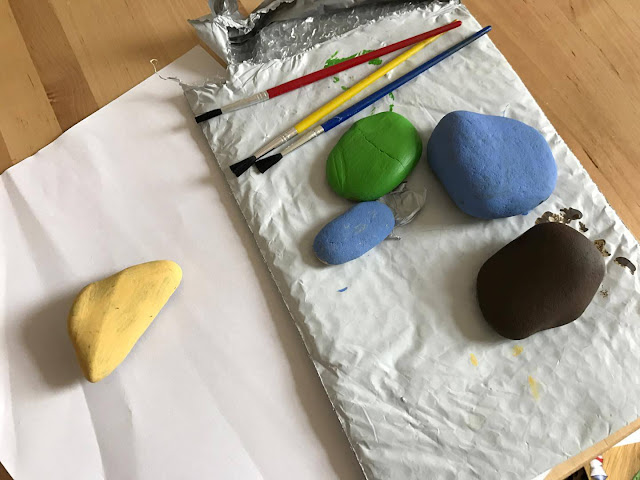 We gave the crocodile some zig zags on its back, we gave the fish a stripe, and the elephant a face and tail. We did a yellow circle on the monkey for his face and gave him little paws and feet. 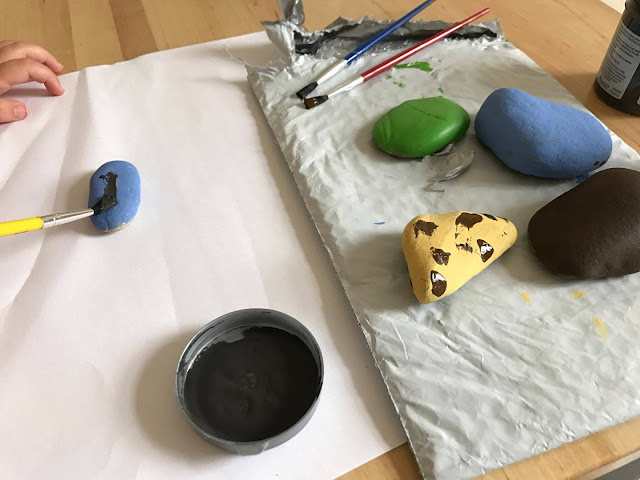 We then left them to dry one final time. Not long later they were finished!! My favourite has to be the monkey. I think she has done a really good job with that one. 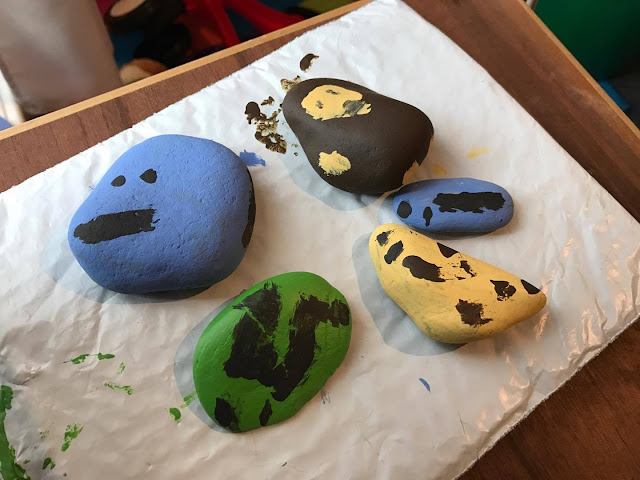 Of corse Lily is only 2 years old so these aren't decorated perfectly and this activity you could do with any age. You could also go out and first hunt the perfect shaped pebbles for your animals.
Lily really enjoyed this activity and its one we will have to do in the future after we have collected some more pebbles ourselves.

Would you try this activity? What animals would you little one love to paint?
Posted by LilysLittleLearners at 07:00