Lily's First Trip to the Fair

Luckily it only lightly rained, and I mean lightly rained, for around 5 minutes and eventually the sun (which wasn't forecast) came out and we got to really enjoy ourself.

Until now lily has always been unsure on rides. Even the small ones that you can put money in at arcades. She would not go near them. So I knew she would enjoy watching them, but wether she would go on them or not I didn't know. But you still have to try these things because children do grow and change so quickly that one day they are scared of something and the next their not.

When we approached the fair Lily was super excited and her little legs were walking so fast to get to it. We got there and I headed to the first ride I saw that I thought Lily would like. It was a Peppa Pig ride and before I could ask her if she wanted to go on, she told me she wanted to go on it. So I payed up my £4 to go on. £2 for Lily and £2 for me as I knew she wouldn't go on it on her own and with her being a little afraid of rides I didn't want to risk her not liking it and trying to jump out.

The ride started going round and she instantly loved it. I was so happy to see her face light up and hear her giggling away as we passed daddy each time we went round. Her first ever ride on something was a huge success, and a relief for me. I have always wanted to enjoy things like this with her. 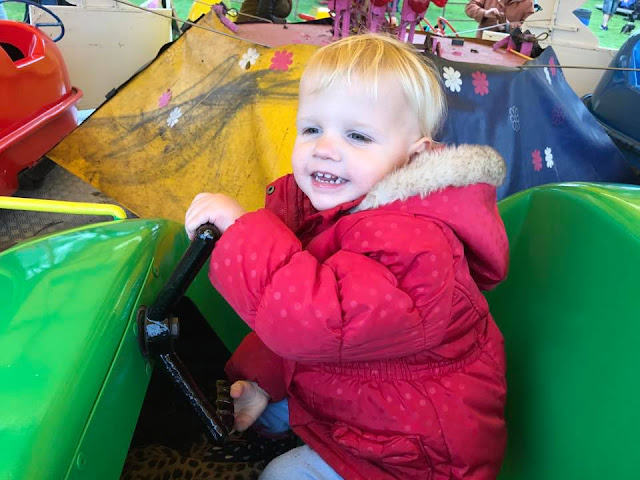 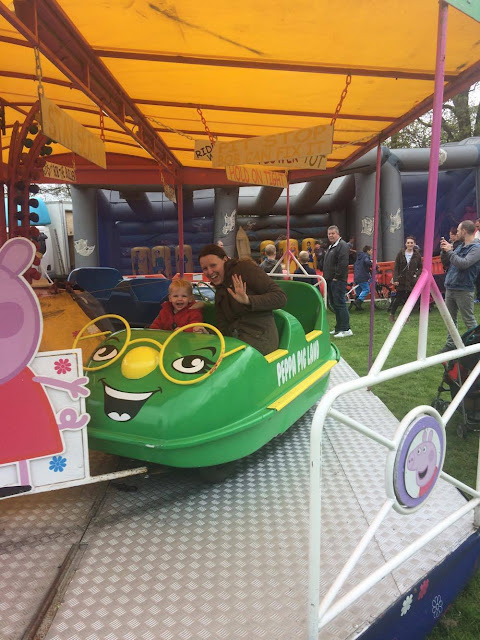 The second thing Lily wanted to go on was the trampolines. As this was something she would have to go on alone and I would have to stand to the side, I thought she might get on and then get off because I wasn't with her. She normally doesn't want to be to far away from me. But she was that adamant she wanted to go on that I thought lets give it a go. Im so happy to say I was wrong and she stayed on it the entire time bouncing away and giggling when she fell over. Again another moment of relief from me and at this point i'm looking at her thinking about how much she has grown up recently. She loved the trampolines so much she went on for a second time later on. 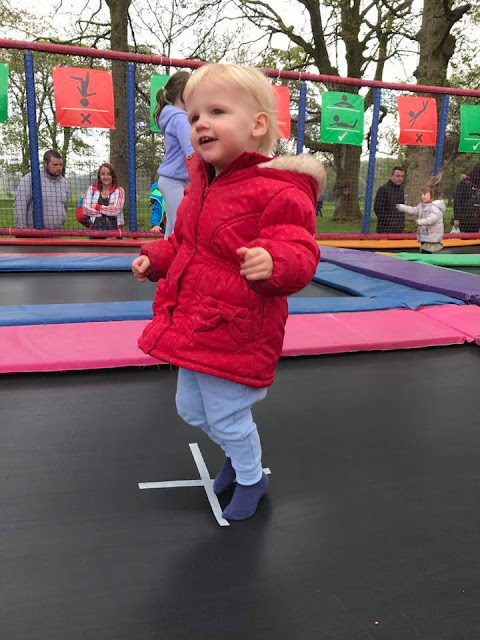 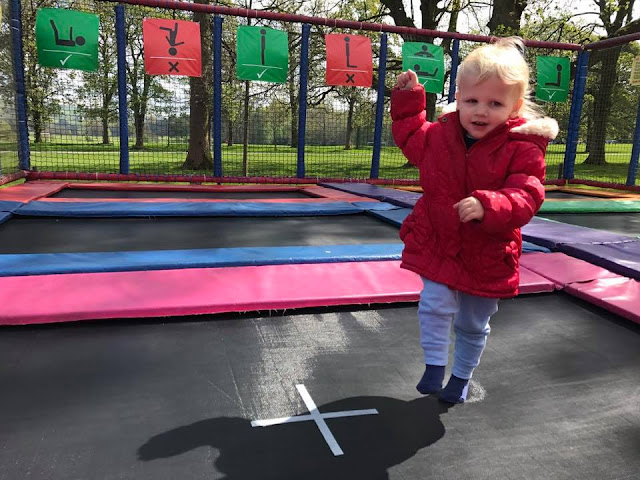 We went on a few more rides, she waited so patiently for the train ride and we had a good turn on that. Her favourite part was ringing the bell. We also went on the teacups. Which was one of my favourite rides as a child. Was quite annoying that parents had to pay to go on as well as I was paying out £4 a time for each time we had a ride. She loved both the rides as you can see in the photographs. 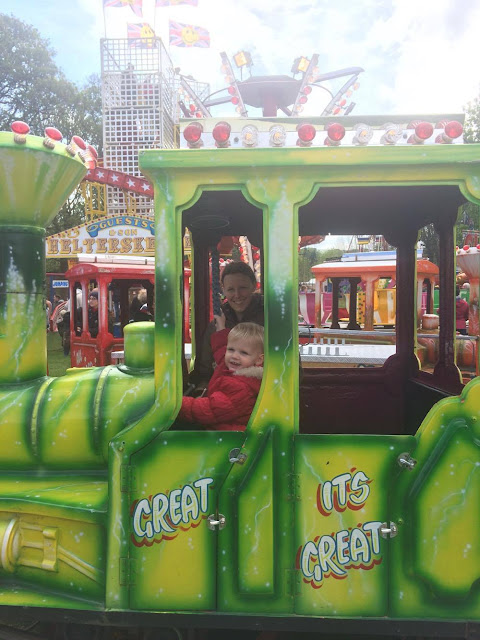 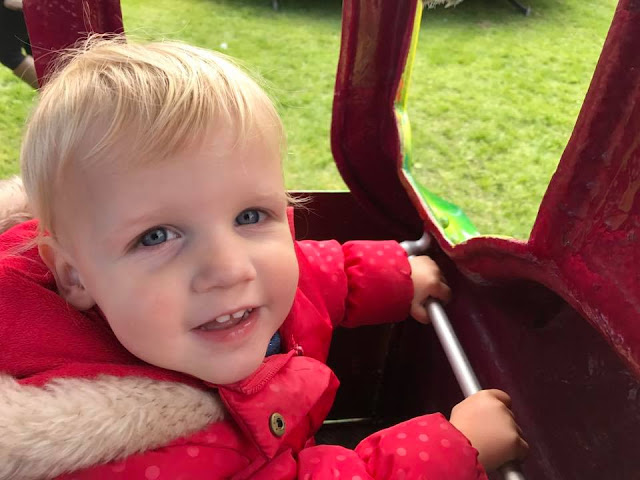 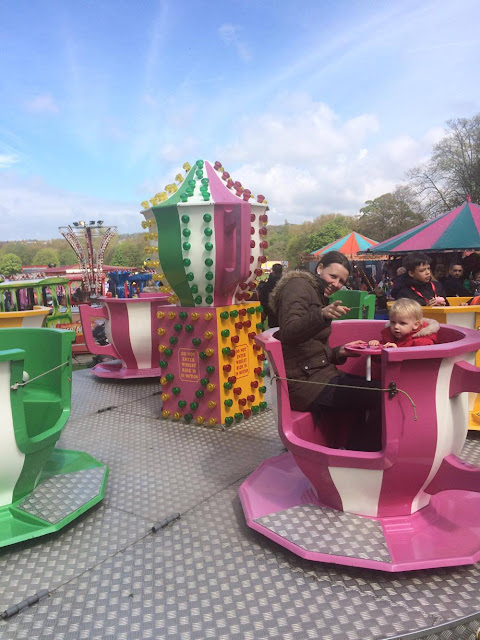 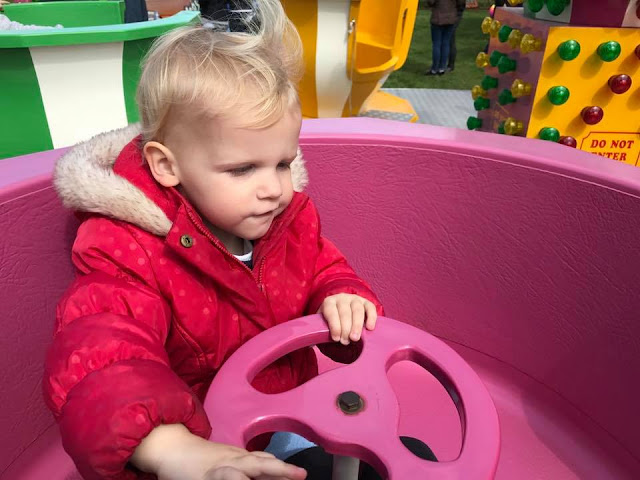 Next we had to give winning some prizes a go. It was £3 a turn but you have to have something to go home with at the fair. First we did the hammer hit, which Daddy had to do because Lily couldn't and I couldn't seem to either. Haha. We hit the bell and lily went away with a barbie set. Then we played hook a cartoon character. We hooked one and Lily walked away with some sparkly stick thing. Her choice of corse. 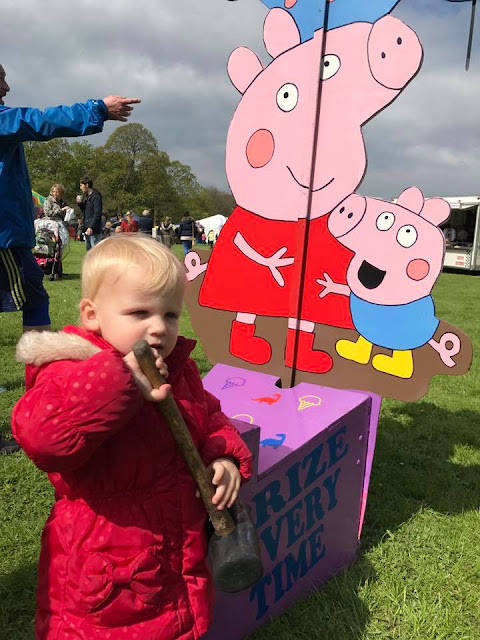 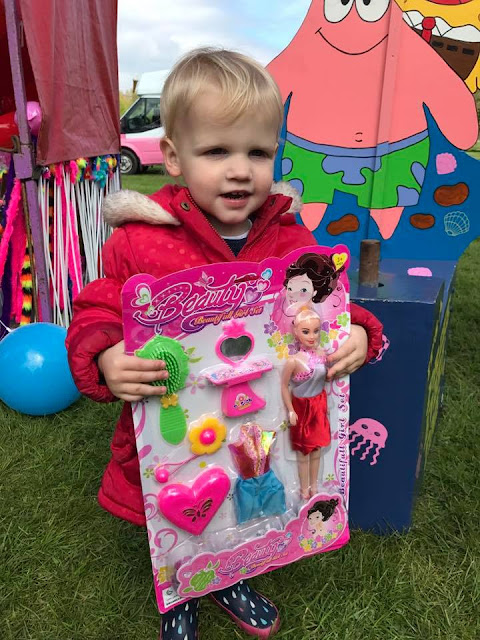 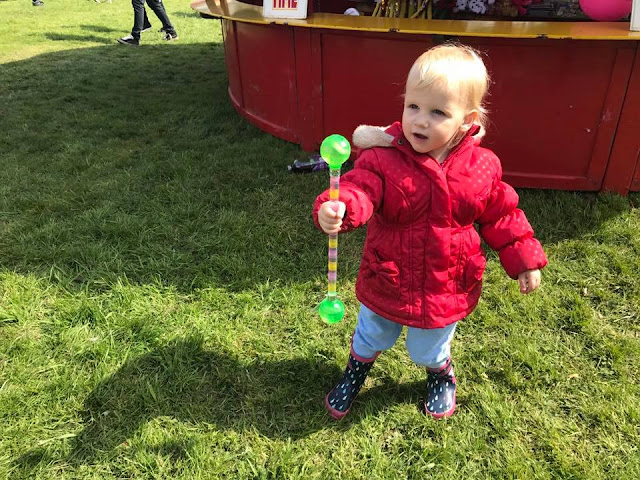 Now that the sun was shinning it was definetly time to treat ourself to an ice cream for Lily and some doughnuts for me. We sat on the grass and Lily managed to eat all her ice cream without getting any on her face......

So Im going to leave this blog post here with these lovely pictures of Lily enjoying her ice cream! 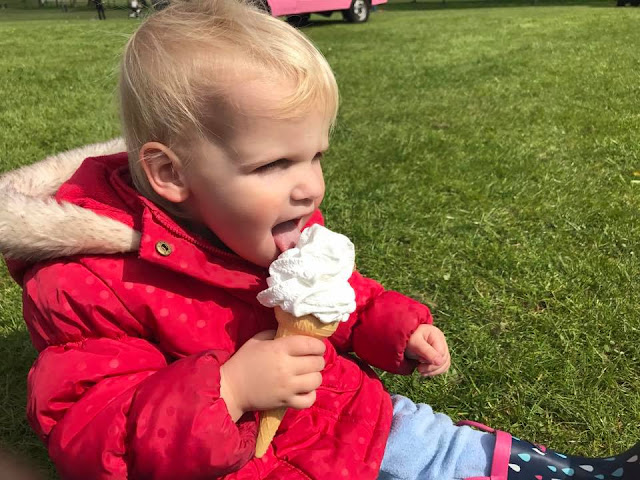 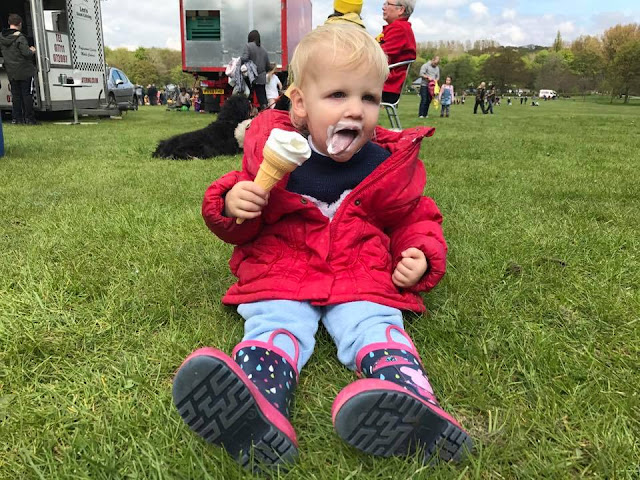 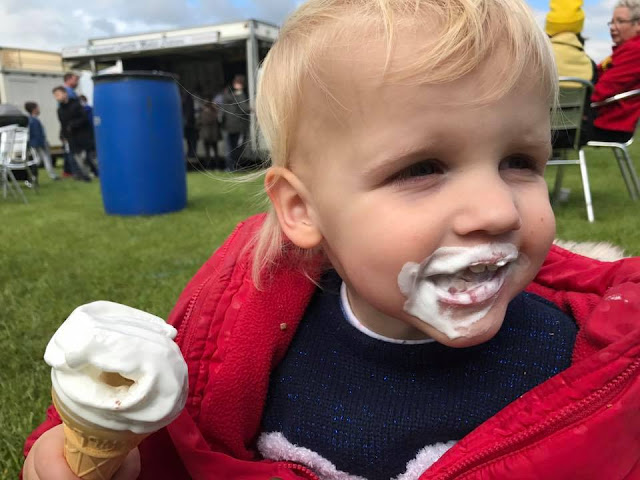 What did you get up to this bank holiday?
Does your child love the fair?

Posted by LilysLittleLearners at 22:02