This year at Easter we are away visiting Family. Although i'm sure we will be doing plenty of easter egg hunts at Easter I wanted to do an early one for Lily at Home. But typically on the day that I choose to do the hunt on it decides to rain. Not all hope was lost. I knew that if at least I could get a break from the rain we could go into our small front garden and do a little egg hunt. Luckily that was the case and at around 3pm the rain stopped.

I went out and hid 6 little eggs with bunnies so Lily could easily find them. It was as much of a bunny hunt as Easter egg hunt. I hid them in the plants and the bushes and in a few easy places like our windowsil where Lily would easily find them. On went the welly boots, on went our coats and Easter baskets in hand out we went! Lily was very excited. 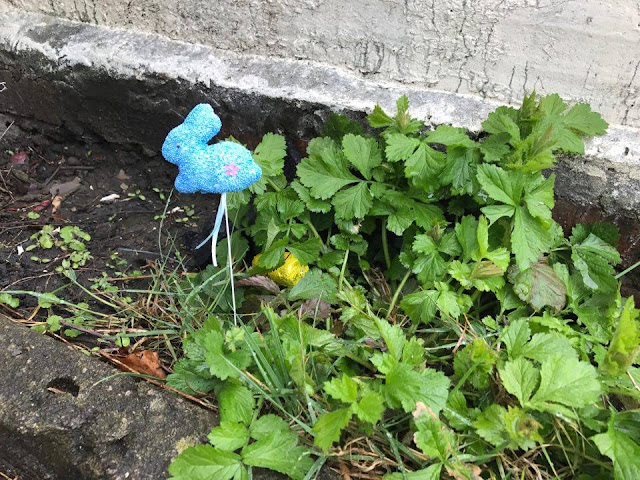 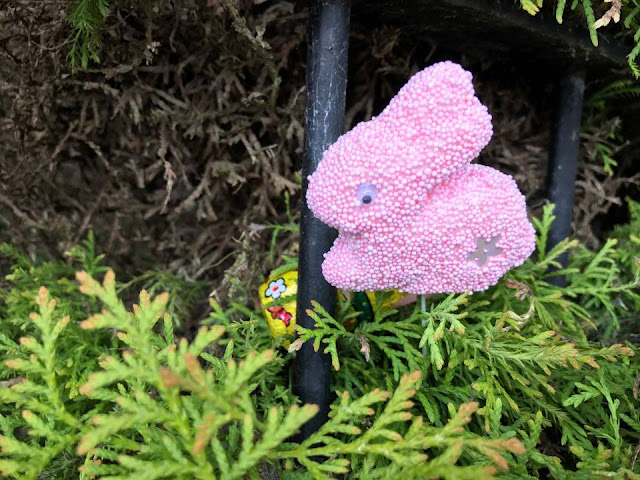 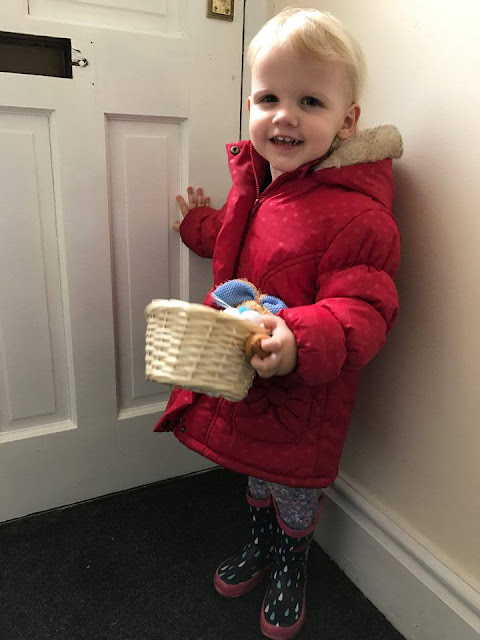 Lily did really well at spotting the bunnies. She first found the one in the flower pot. But she wasn't to keen on the idea of pulling it out as the weeds growing in it were very wet. So mummy had to get it out for her. The second one she spotted was up in the bushes, which again she didn't want to reach out as didn't want wet hands. She is a little bit of a softie when it comes to things like getting wet. 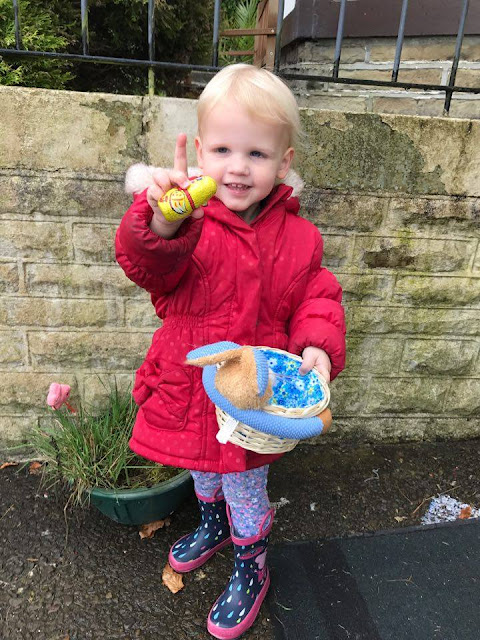 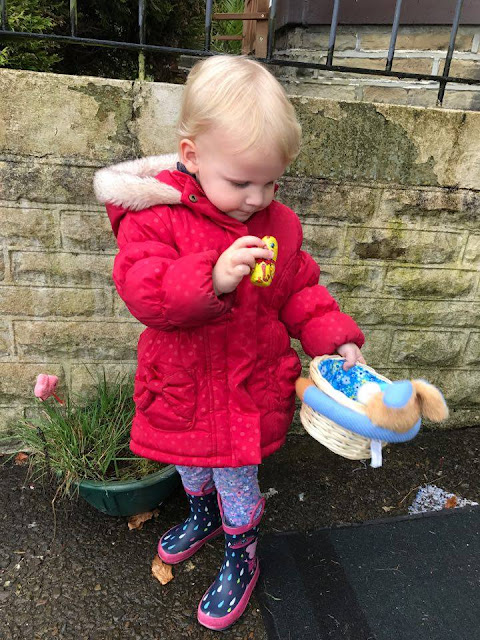 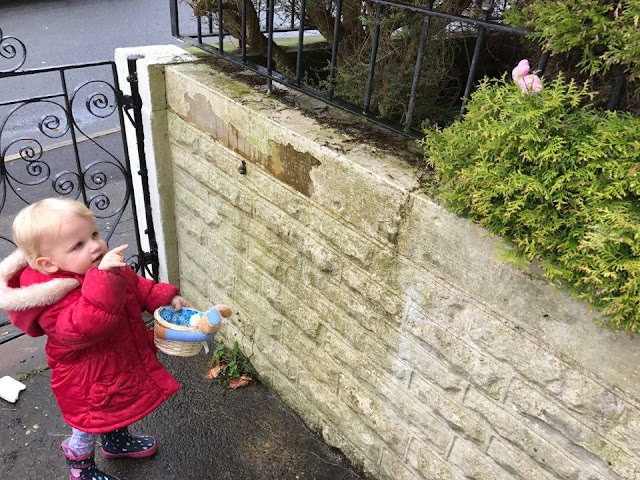 She was super excited to have found some and so when I handed her the eggs she put them in her basket. She then said more eggs and so I encouraged her to look for more bunnies. Eventually she found one down in some plants and then on the windowsil. It wasn't long before Lily had all her eggs in her basket and was so excited at how many she had found. 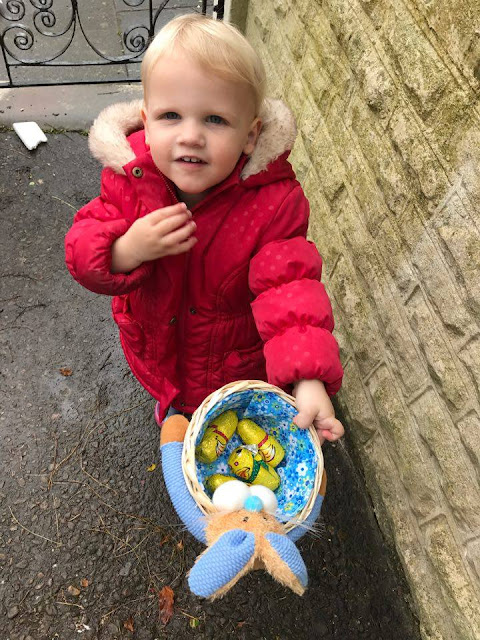 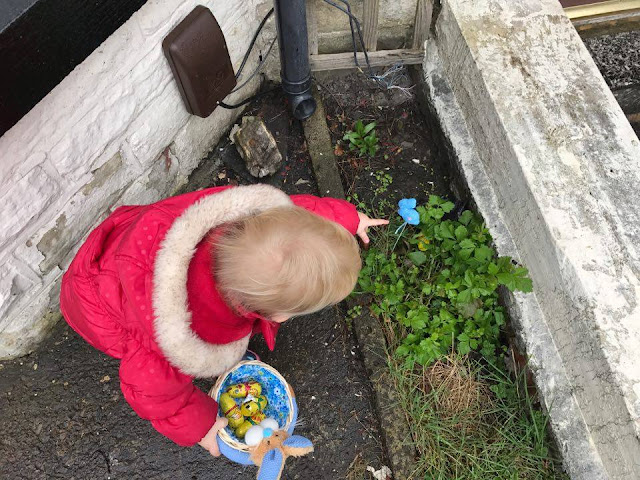 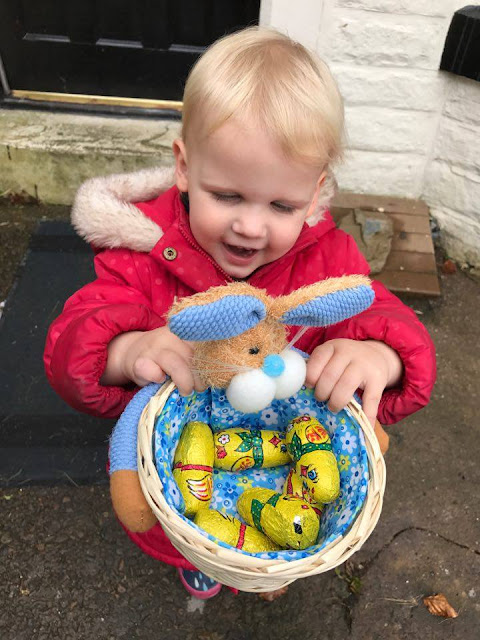 The egg hunt didn't last long. 10 minutes at the most but she loved every second of it. We then went inside and I let her eat one of her eggs. It just shows that you have got to make the most of what you have got and any little activity can be fun.

Did you do an Easter egg hunt?