Lily is at a lovely age this year for us to be able to make chocolate nests. So last week we decided we would make some for the Easter week ahead. (not that they would last a week) haha

I know that you all know how to make crispy cakes and so this is not a baking tutorial but more just me sharing Lily's first experience with making them.

We got Lily's table and placed it in the kitchen. Then popped her baking apron on. She was super excited and sat down so nicely waiting for us to start.

The first thing I did was let Lily help me put the chocolate into a bowl. I broke it all up into pieces and then she put them all into the bowl for me. She did this very successfully without any pieces of chocolate going missing. 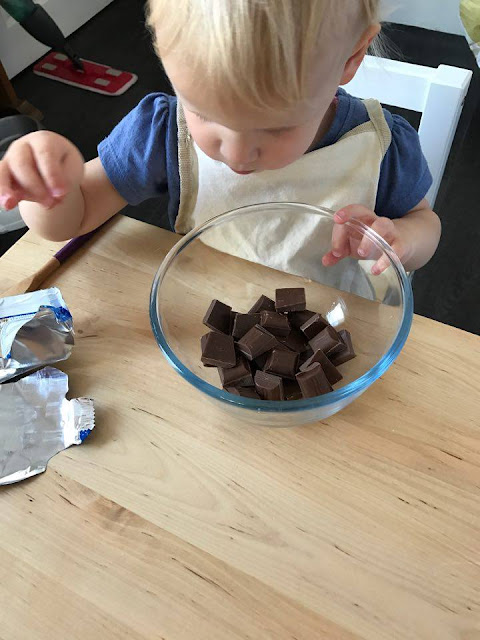 Next job she had to sit and wait for me to do, which was melting the chocolate. I did this over the pan rather than in the microwave. I think it melts better and I do prefer to teach Lily to do things without taking shortcuts. After it was melted I poured it into a bowl for Lily to to be able mix in the corn flakes.

I gave Lily the corn flakes and she started putting then in. I did have to help her as she was putting in one at a time and so we would have been at it for years at that rate. So I put in a couple of hand full's of corn flakes so she could start mixing. Her favourite thing to do. 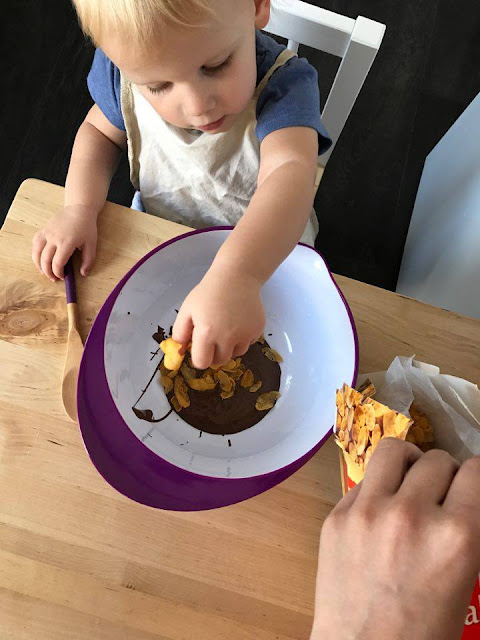 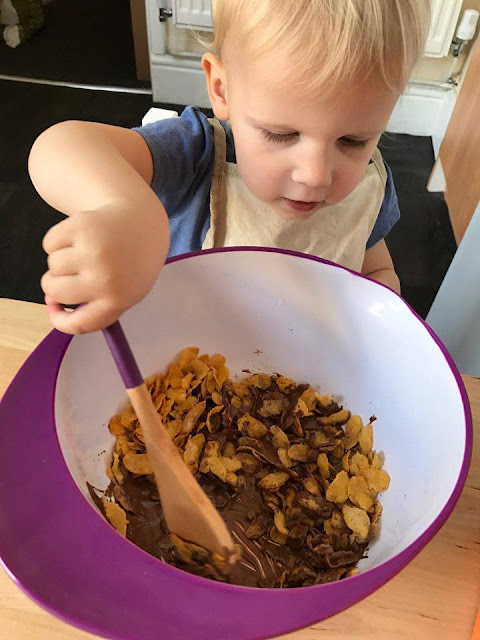 So after Lily gave them a good mix and mummy gave them an extra mix to make sure they were all covered. We put a spoon full into a bun case. Lily's next job was the most important of all. Putting the Mini Egg on top. She really enjoyed doing this part and understood she only put one egg on each cake. 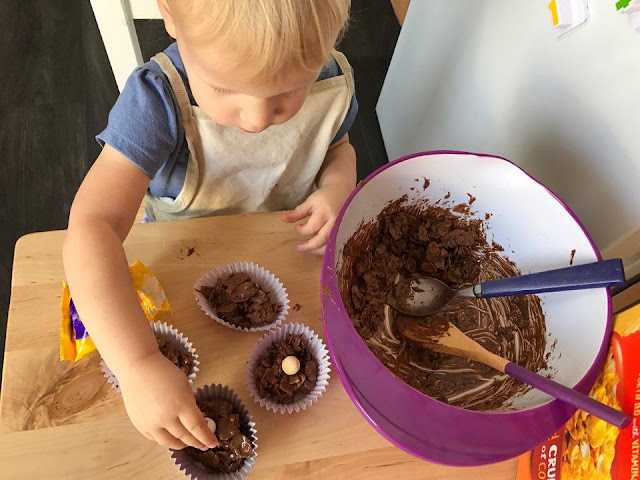 We then popped them in the fridge and I started to clean up. Lily seems to know how to do that part...only instead of her cleaning the bowl with the sponge she decided to use her fingers and tongue and create another mess to clean up. All part of the fun though and got a great smiley photograph from her. 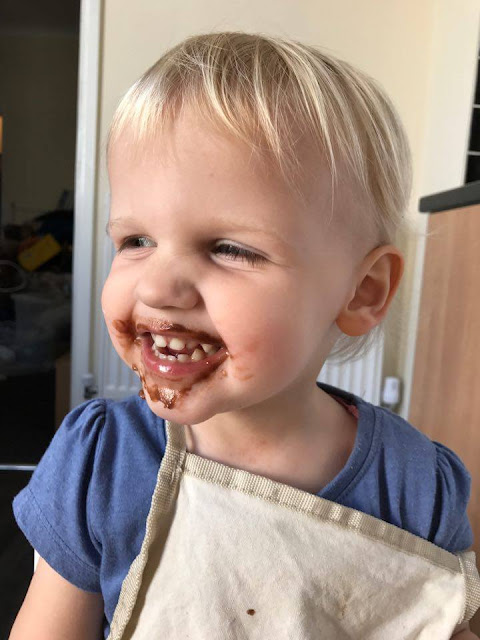 Later that day we took them out the fridge and they were ready to eat! I must admit, I ate 3 of them in a day. But its Easter right? So i'm aloud. This was such an easy activity to do with Lily and I cant wait to make some more with her. She is always so impressed when we eat them knowing that she helped make them. 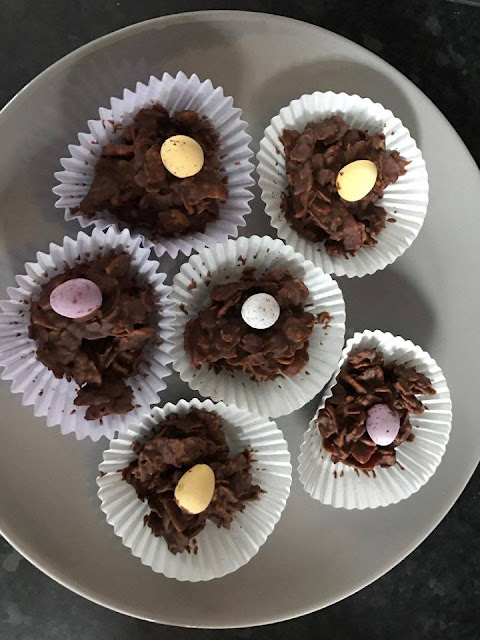 So who else made Chocolate nests for Easter?