One of Lily's favourite things are trains. She gets so excited when we get to go on one and she loves playing with them.

We have known about BRIO and their trains and train tracks for quite a while now. So when we got the opportunity to review the My First Take Along Train Set we were totally onboard!

As soon as Lily received it she saw that there were trains on the front and wanted to play with it straight away. 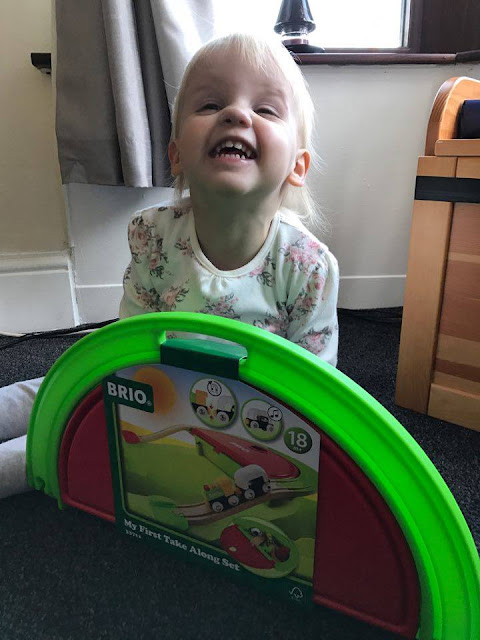 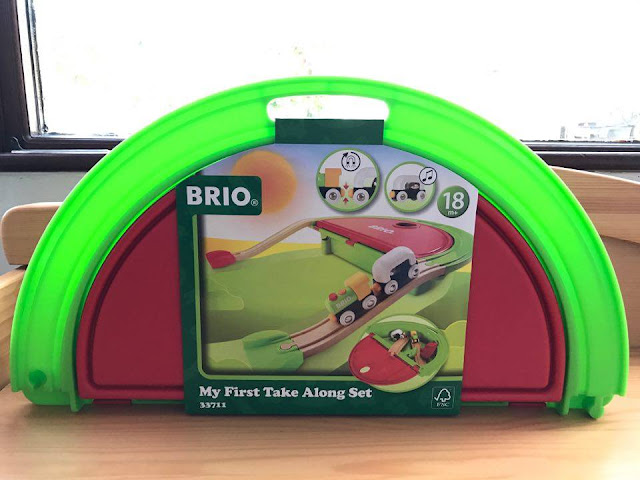 The BRIO my first take along set is aimed at children 18 months plus and is the perfect first train set for any child. It comes in this special carry case which is also part of the train track itself. When you open it up, inside there are 6 more pieces which complete the set. 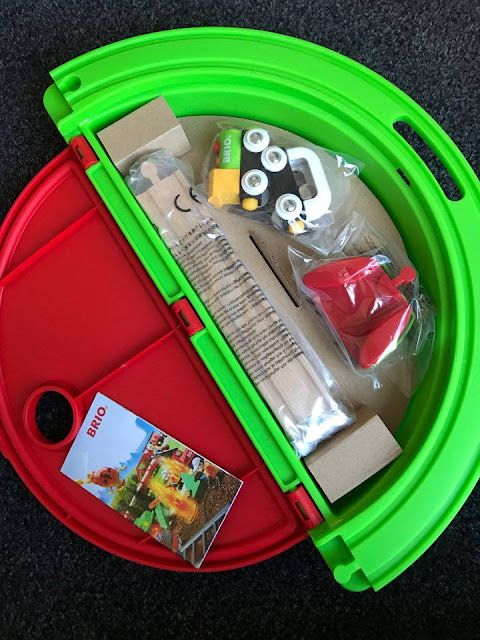 The pieces are so easy to put toggether and a young child should easily be able to place the 2 pieces of track down with the ends. The quality of the wooden tracks are great with a nice strong thickness to them and a lovely smooth finish. I also love the bright colours that have been chosen for the track. It is great to see them in greens, reds and yellows to have a non gender specific feel to the toy. Train tracks are definitely just as much for girls as they are boys.

The track is really basic when put together but just enough for a child of 18 months. The great thing about this set is that when you start to extend your BRIO train collection this set is adaptable with other sets and you can make your track bigger. 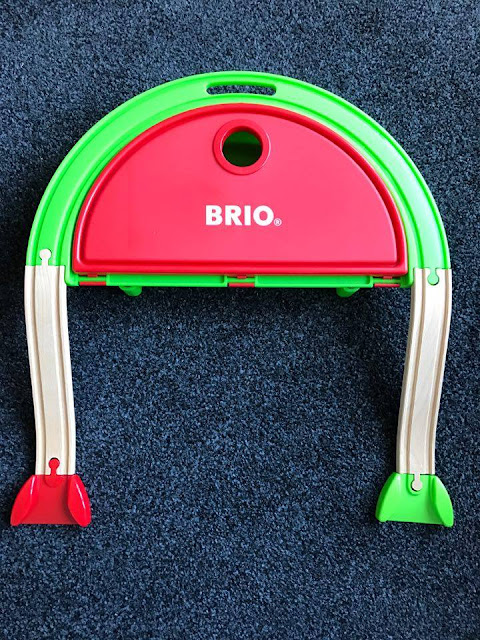 Lily really enjoyed pushing the trains up the train and then letting them roll down the sloped track. You could tell she was getting really involved in her play as she started shouting out "Choo Choo" as she was playing.

The train and its carriage are attached by magnets and are quite easy to attach together. But what Lily did struggle with is putting both trains on the train at once if she placed them on the green curved part of the track. This would get her frustrated and she would start shouting "oh no" when it wasn't on properly. So I did encourage Lily to try and get the train onto the track by using the red end connection of the track. The carriage of the train comes with a bell inside which makes a great noise as the train goes along the track. This is great for sensory development for a child. 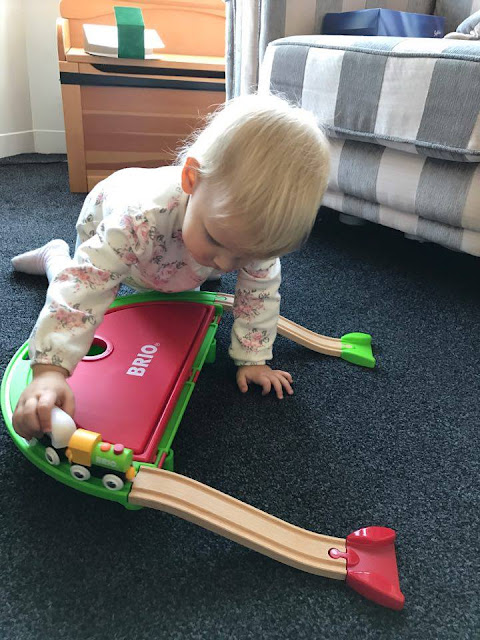 When we were finished playing with the train, Lily tidied up herself and placed all the pieces back into the enclosed section of the set. She could easily shut it and then picked it up to carry it around. There is plenty of space inside the set and I would say that if you were to have more trains or track pieces they could also be put inside. Its really light for Lily to carry around and this is going to be a great toy to take when visiting family. 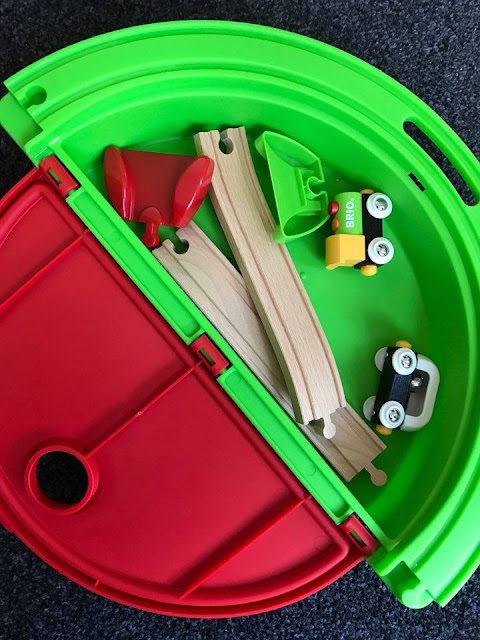 The BRIO My First Take Along Train Set is £29.99 and can be bought here on the BRIO website.

Do your children like trains? Have the ever tried trains from BRIO?
Posted by LilysLittleLearners at 17:36