Our We're Going on a Bear Hunt Party

I hope you made it to last nights #BearHunt Party on the Uk Mums Twitter Page. It was great fun. If you didn't then follow the hashtag #BearHunt to see what went on.

Lily had 3 friends over to join in the fun. When they arrived I had set up the Bear Hunt DVD ready for them and had a drink, a bag of popcorn and some bear crisps all waiting to be enjoyed with the film. The Dvd started and they were all transfixed to the screen. Lily has seen the DVD before but she still couldn't take her eyes of it. 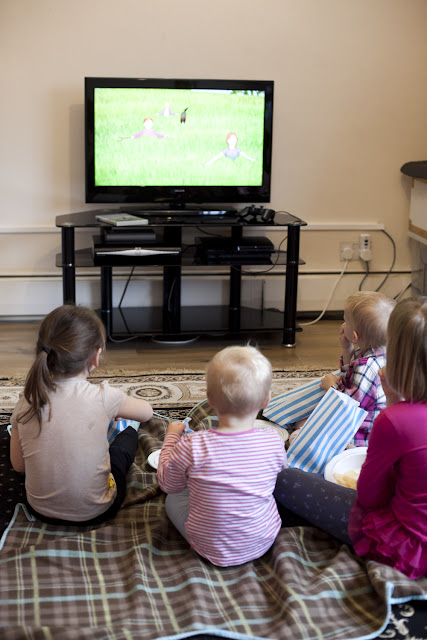 After this part we then did a special Bear Hunt Quiz. We as parents had to help but I must admit we even struggled with some of the questions. You do get lost in the fun adventure of the film and forget to notice the details. But one guest did very well and won herself a prize! 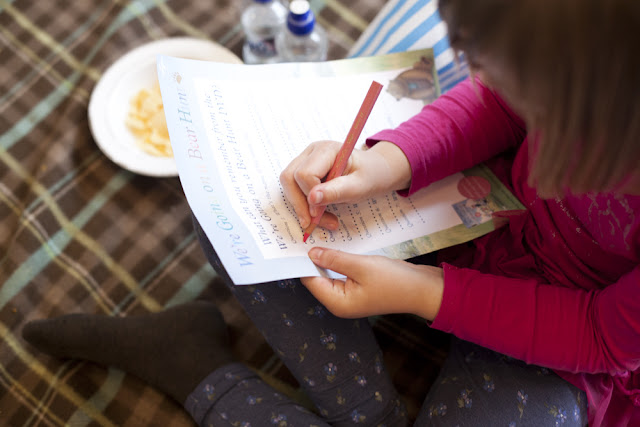 Next it was time for Bear Biscuit Decorating! Each child got a biscuit and some icing pens and chocolate buttons. Lily gave decorating the biscuit a really good go and made squiggly patterns on the biscuit. The chocolate buttons never made it onto the biscuit though. Haha
All the children really enjoyed making a biscuit, and I think they enjoyed eating them just as much. Even the adults gave biscuit making a go. 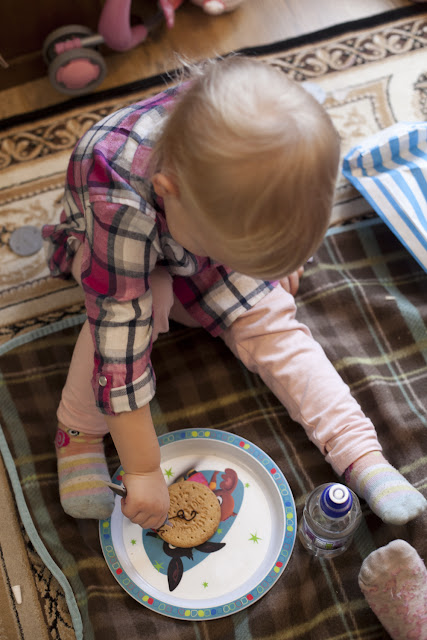 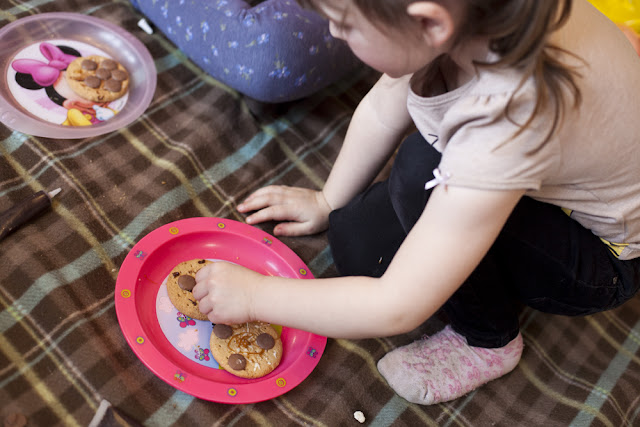 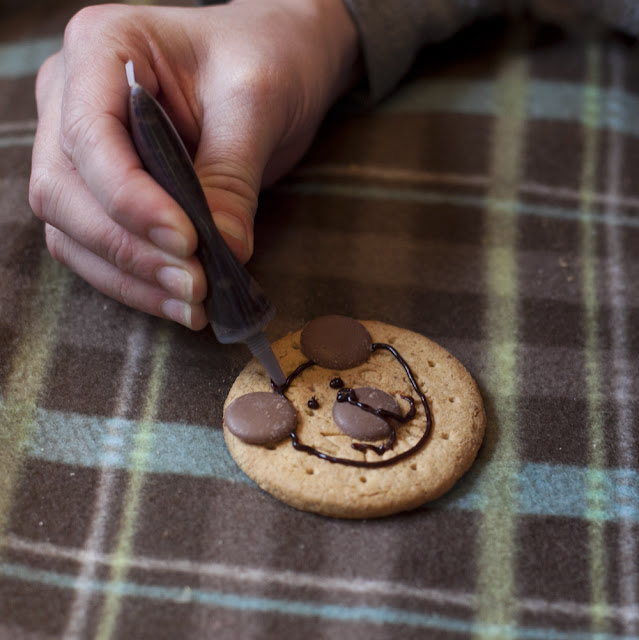 We then did make your own Bear ears. The parents cut them out and the children decorated them. Lily wouldn't wear hers but one guest wore hers and did her best bear impression. 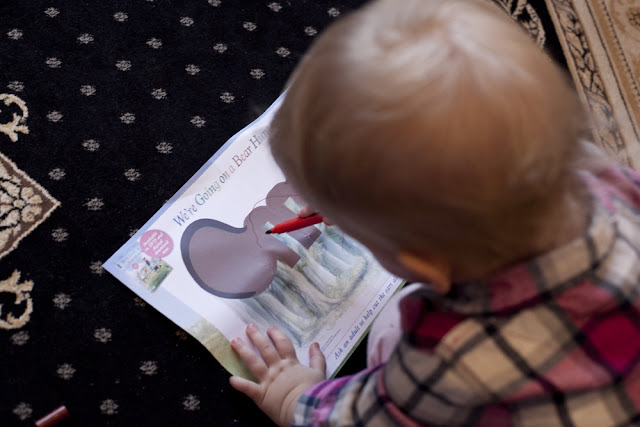 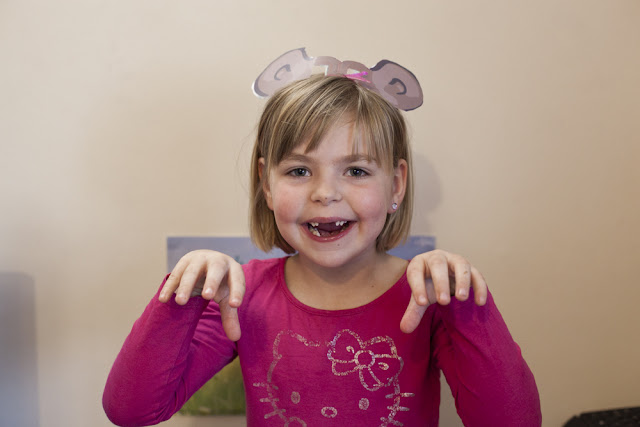 Then we had a very exciting hunt of our own. A treasure trail of Bear Hunt goodies. I hid the goodies around the house. A DVD behind the Tv, A toy in the play oven, A book under the rug and some Bear sweets in the Toy pram. I made sure every child found a prize by helping them with clues. Lily found the bear sweets and we had one really happy guest who found the DVD. 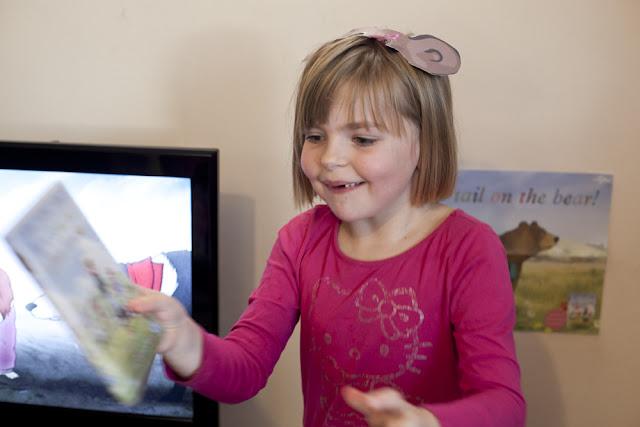 Next was a fun game of pin the tail on the bear. Of corse we blindfolded our guests and so that did make it a little tricky. But there was a little cheating going on I think with some peeping and Lily took her blindfold of compleatly.
All the children eventually managed to get the tail in the correct place so we did a draw and found a winner who won a book. 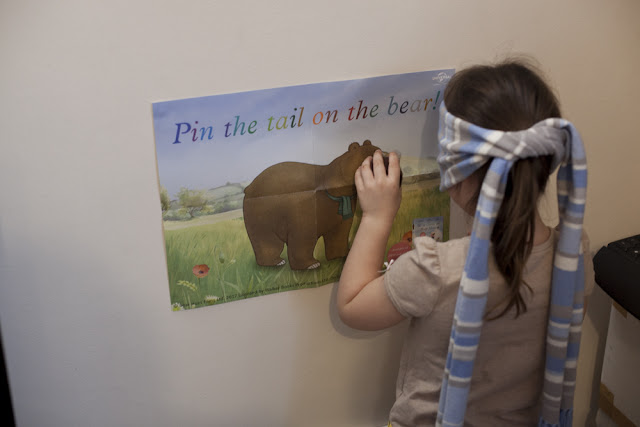 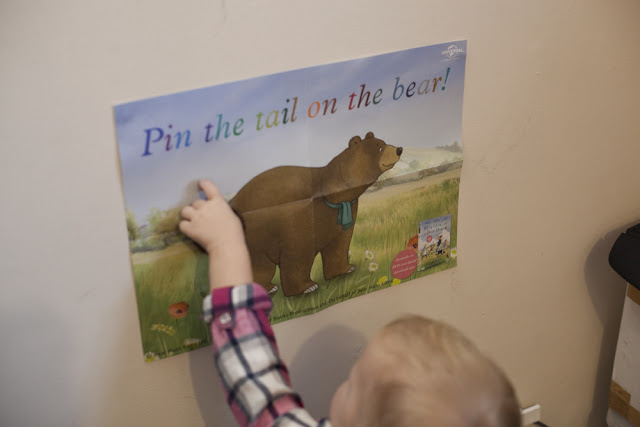 We had so much fun at the party and all the children were so delighted to be given a goodie bag and toy at the end of the party! Here is a happy group shot of our guests and a picture of one winner with all her goodies. The parents were really enjoyed the party to and loved seeing their children enjoying all the Bear Hunt activities. They are all looking forward to watching the We're Going on a Bear hunt DVD when they get home. 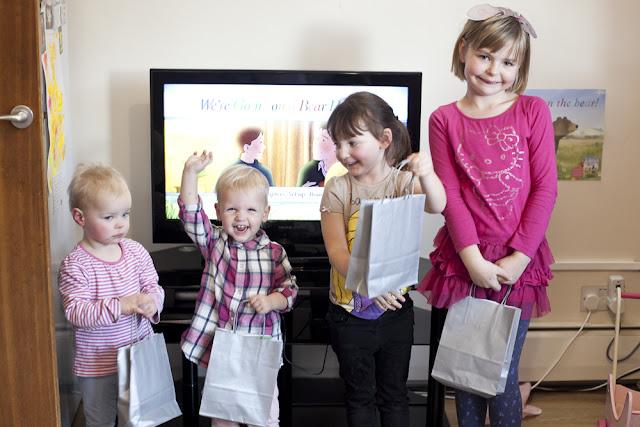 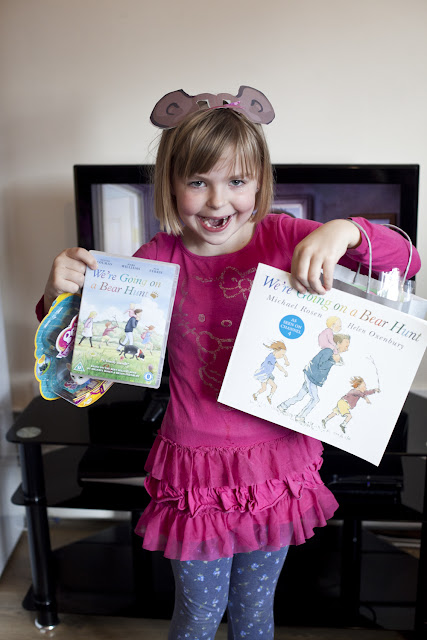 Would you throw a were going on a bear hunt party?
Posted by LilysLittleLearners at 10:00