All about Our Num Nom Advent Calander

You will have seen a few weeks ago that we were sent a amazing Advent Box from Num Noms. If you haven't, then here is the post I wrote.

Advent is now over, as is Christmas which is sad. But I want to take a look back at what we found in our wonderful advent box.

Really I wish I would have written down exactly what we got on each day, but alas I wasn't that organised. I did get loads of great pictures though and if you have been following my social media then you would have seen most of these.

Lily is a huge Num Nom fan, at only 2 years old she already knows exactly what they are and exactly what they do. She excitedly each morning shouted Num Noms as I got the box out. Her collection is getting pretty good now to and we have 3 tubs full of Num Noms so each day was very exciting to see what we would get next.

The big box was full of exciting things, and even I was super keen to see what was inside. 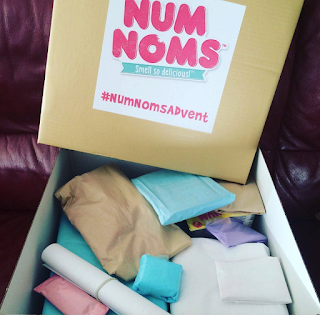 There was some great Num Noms sets inside our box, including the Deluxe Dinner set, Deluxe Jelly Bean set, The Brunch Bunch set, and Ice cream Party set. This has really helped Lily's collection grow and she got sop excited to see new Num Noms. 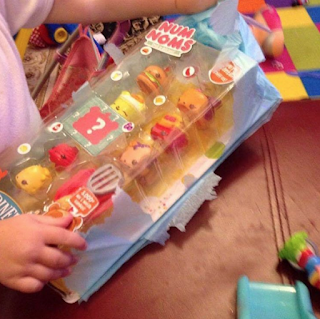 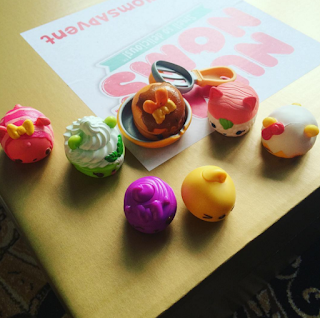 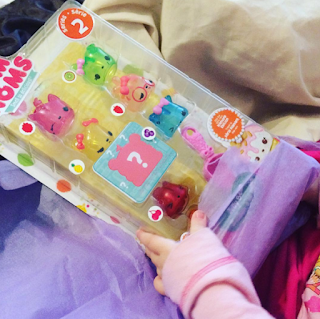 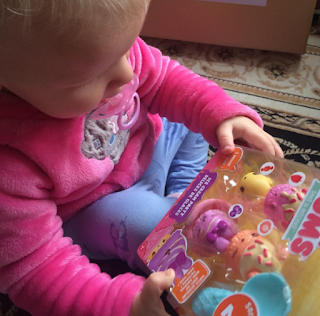 There was also some nice sweetie Haribo treats which mummy decided to eat as Lily doesn't eat sweeties yet. Other Items included some colouring sheets, food related rubbers, and yogurt pots with stamps or lip glosses inside. Lily really loves the stamps and goes a little stamp crazy with them. 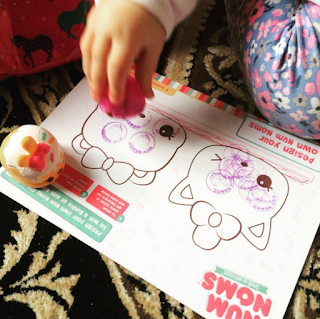 There was also some Scratch and sniff stickers inside which Lily loved. She is a little sticker mad and so really enjoyed these. They are so cool and smell really good. 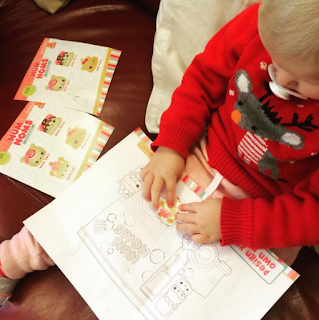 After opening all the advents we had a special one to open on Christmas day! This was a new Lights Series 1 Num Nom and when you press the little button it lights up. The Num Nom we got also had sparkles on! It was amazing and Lily loved the fact it lit up. We are super excited to see more of these now that they are available. It was so nice to open this on Christmas day and see it light up. 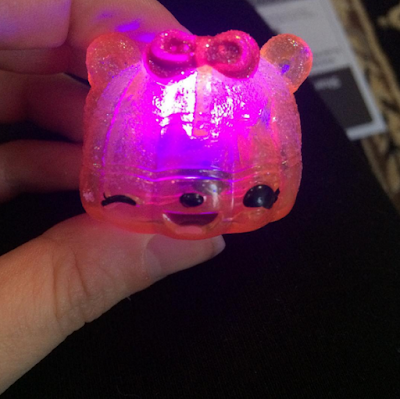 We are sad that the advent is over but really want to thank Num Noms for such a fun lead up to christmas! We are really looking forward to see what comes next from them. Lily and I are now truly big Num Noms fans.

Do you love Num Noms? What do you think to the special light up Num Nom we got?
Posted by LilysLittleLearners at 16:25