For our 4th Birthday Gift Guide Review and Giveaway we have something from Lily's Favourite Tv character. Bing! 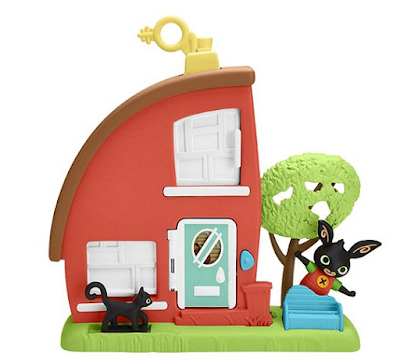 Lily is a little bit Bing mad and so when we were offered this toy to review I knew that Lily would love it.

Introducing Bings's Surprise House. Recommended for ages 2+ its the perfect gift for any Bingsters 2nd Birthday. 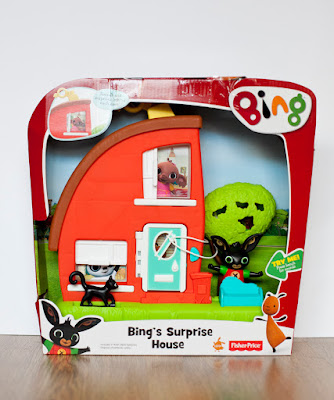 This toy is great and Lily was super excited when she first saw it. She wanted it out to play with right away and shouted BING!!!

Lily has really loved playing with this toy so far. Firstly its so inviting for children who love Bing to play with as he is sat right outside the house. When you click the bench Bing moves and then he also talks and says well known catch phrases from the show. The bench is really easy to press to make Bing move.

Behind the lower window is Pando, and when you push the cat from one side to the other the window opens and reveals him and then he talks. The cat is quite easy to move from side to side and sometimes Lily will use the cat to open the window but also enjoys pulling the window open herself. 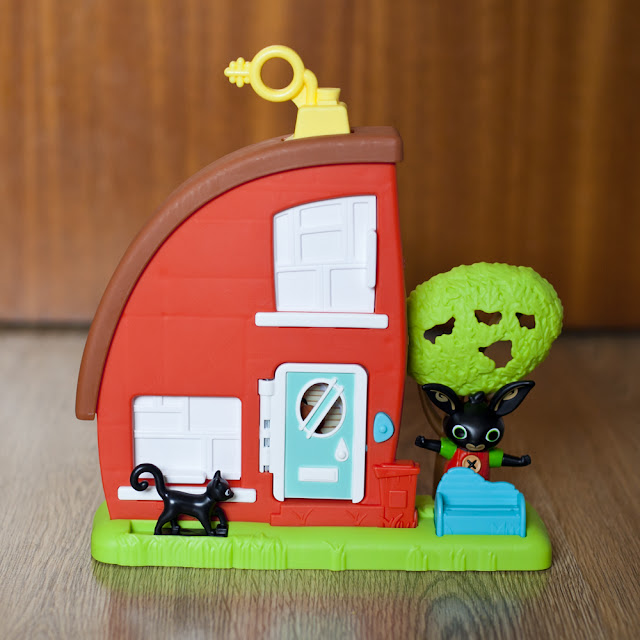 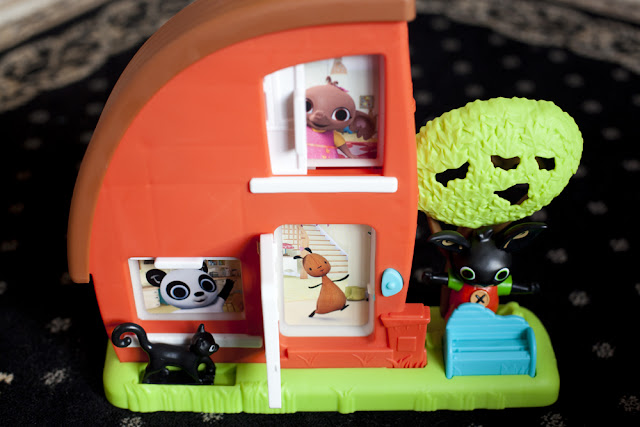 Lily is getting really clever with knowing her characters now, and so this toy is really going to help her learn their names.

I think the best part of the toy is all the sounds and the characters talking with all the lines from the show. It even sings the rainbow song. Which me AND my partner end up singing along to haha. The sound quality is really good and you can hear it really well.
It also plays music from the Tv show in the background.

Over all its really good fun and has so much going on in one toy. 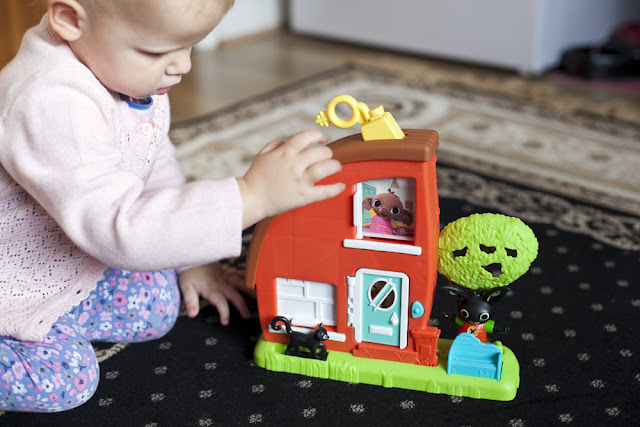 If we weren't sent this to review and saw it in shops we would have definetly bought it.

You can buy this for £20 and find it online or in stores now.

Now its time for the 4th of Lily's 2nd Birthday Giveaways.
Enter on the Gleam App below to Win a Bing Surprise House

Come back tomorrow to see another Great Toy Giveaway!
Posted by LilysLittleLearners at 14:03