We have now come to the last of Lily's 2nd Birthday Gift Guide Review and Giveaway and I have a great toy to tell you about. 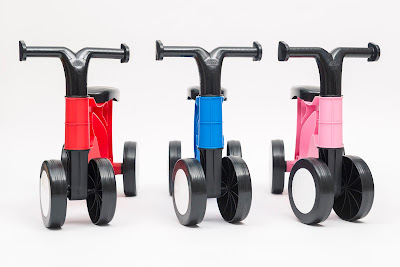 We were sent the red Toddlebike for Lily to try out and me to review.

Lily has never been a big fan of ride ons. She has tried a few at different playgroups but maybe been on them for a few moments and then got off them. But i've heard such great things about the Toddlebike that I was interested to see if she would like this. Also with her turning 2 years old it may be something that she is starting to be a little more interested in.

The Toddlebike is a perfect gift to get a 2 year old. They are now so active and a bike can really help improve their gross motor skills.

We were sent the red Toddlebike. 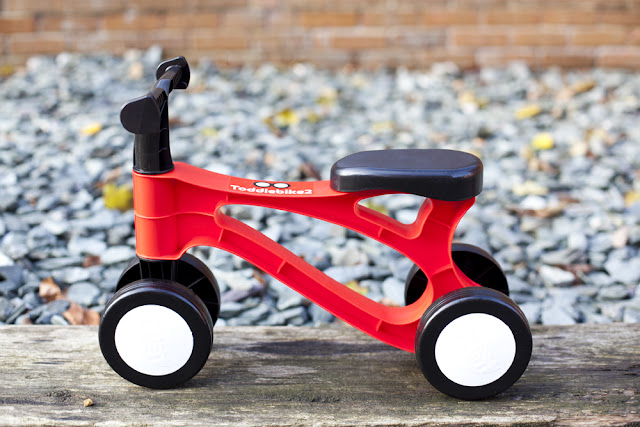 So let me tell you a little about the Toddlebike.

Firstly its made in Europe and made with C-E Approved materials so you know you are getting quality. It can be used from 18 months old, perfect for when they are mobile and started walking. Its great as it fills the gaps for before a child is ready for a balance bike but also when they may be to old for their baby ride ons.
The Toddlebike is designed so that its easy for young children to use with a compact design and narrow wheels which helps the child to balance and learn to steer and move the bike.
Its also designed so it can be used indoor or outdoors. 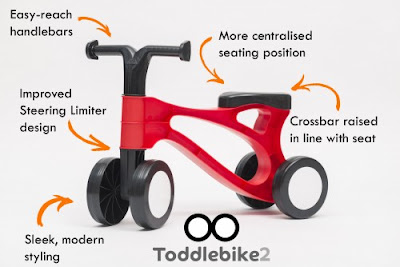 So what did I think to the Toddlebike?

I love the design. I think the sleek and slim design to it makes it child friendly and something they wouldn't be scared to go on and try. I think the bike looks really neat and simplistic which is all a child needs really when it comes to their first bike. I think she size is great to. It really is the perfect size for a toddler. 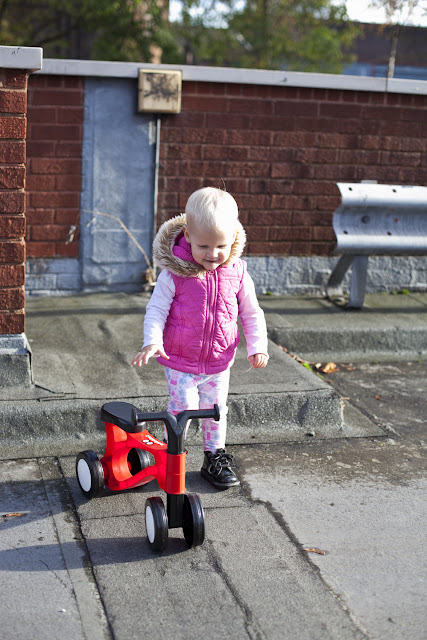 So how did Lily get on with it?

Firstly I was right in the fact that she would be a little more interested in this bike than a normal baby ride on. As soon as I got it out she wanted to sit on it.

At first I had to put her on to it, she couldn't figure how to get on. Then she started to learn but would do it near the couch so she could hold onto it while she got on. Eventually she got the hang of it and now can easily get onto the bike.

It took her a few days to start to understand how to move her feet to move the bike. But eventually she was pushing herself along. Sometimes with 2 feet at once and sometimes in more of a walking movement. She used the Toddlebike loads around the house before we decided to give it a go outside.

We have laminate flooring in our home and it moved along great. I also gave it a try on the carpet in the hall way and it moved just as well on that to.

Our first trip outside Lily was a little unsure about going on it. I found a quite spot around the back of the building that we live in by some garages. Its quiet around there and there are rarely cars. Eventually she decided to get on it and push herself around. She seemed to really enjoy pushing herself along on it and spent quite a while on it.

For some reason Lily doesn't seem to sit on the seat though and sits on the middle part. She can reach the handle bars from the seat but must find it more comfortable to be closer to them. She seems happy doing it that way so I let her carry on. Maybe as she grows she will move onto the seat.

I can't comment on if it is comfortable for her to sit on, as I haven't sat on it myself, but with the amount she goes on it I would say it is.

The bike must be really easy for them to use. Lily hasn't fallen of the bike once which is great. 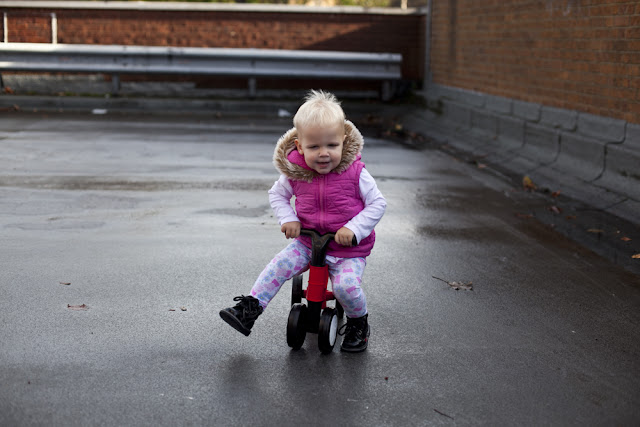 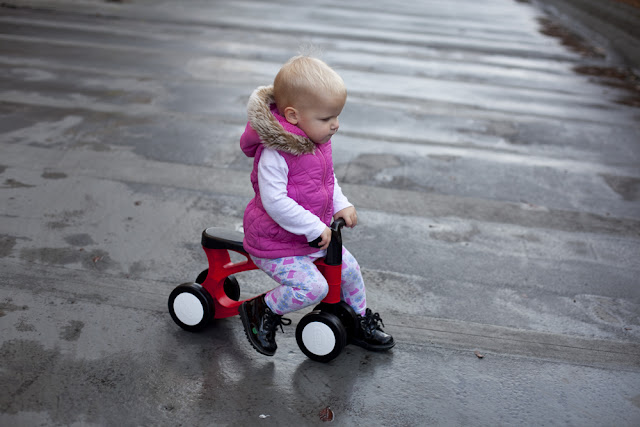 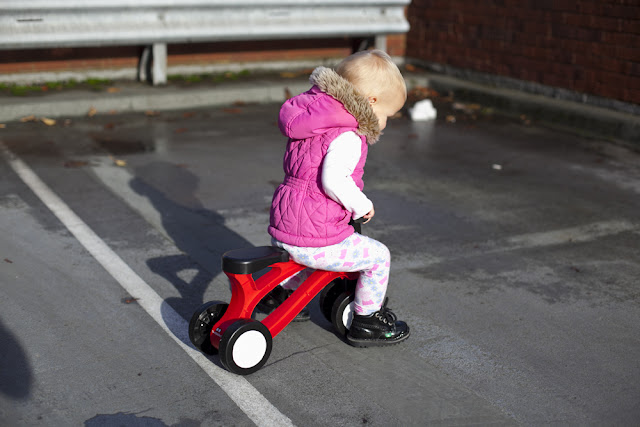 One great thing about the Toddlebike is the fact it is really light, weighing less than 1kg it means Lily can pick it up and move it to where she wants to ride it. She has a thing about pulling things up kerbs and steps and so this is something she kept doing with the bike because it was so light to carry. 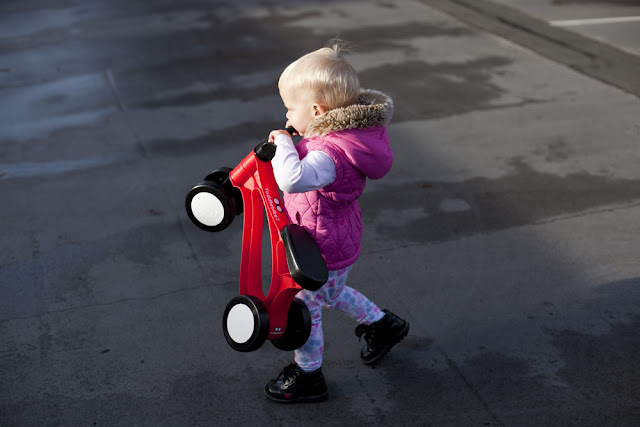 After using it outside, as its plastic it was really easy to wipe clean with wet wipes so it can be brought back into the house and used again.

Im really happy to see Lily love the Toddlebike. After her not taking much interest in other ride ons its great that she really enjoys this one. I can see her getting a lot of use out of this bike.

The Toddlebike is a really great price of £23.95. I actually expected this bike to cost a lot more and so would really recommend one for your toddler. Its really good value for money.

You can head to the Toddlebike website to pick up yours now.

Now time for our last of Lily's 2nd Birthday Giveaways.
For your chance to Win a Toddlebike, enter on the Gleam app below.

It's not over yet! Head back Monday to read all about Lily's Birthday party and have a chance to Win a Party Bundle.
Posted by LilysLittleLearners at 12:36