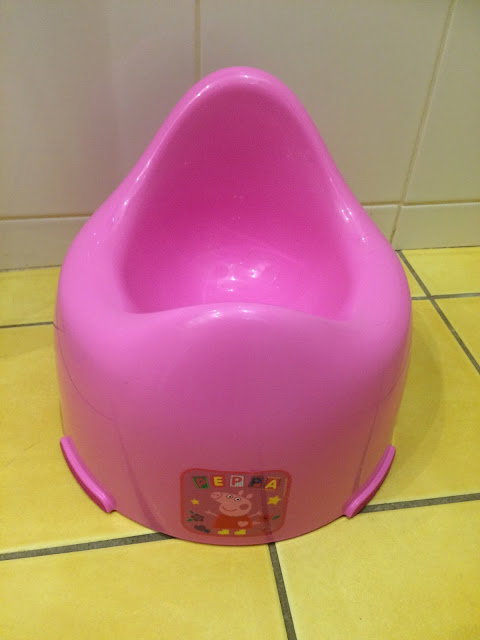 
I wrote a post a few months ago when Lily first started using the potty. She was 17 months old and it was her choice to start using it. (read here and here). She was doing really well and telling me she wanted to use the potty and happily sitting and doing wee's and poo's. It was all going really smoothly and I was very much surprised that it was so easy.

It didn't last long. Over a month ago Lily started to not want to sit on the potty. She would walk to me and tell me she needed to go, and would drag me to the potty. But as soon as I took that nappy off and tried to put her on it, she wouldn't sit on it. She would kick her feet and kick the potty away and then run away herself.

Since then she won't have anything to do with it and she won't use it anymore. She really struggles to go to the toilet and so I wonder if she is asking to go but then avoids it to because she knows she struggles.

For the moment i'm not putting any pressure on her and just not even trying the potty. Although she will still drag me to it when she needs to go.

Im not sure if I need to be doing anything else to encourage her... try a new potty maybe? But she is only 20 months and so there is still plenty of time for her to be interested again.

Has anyone else found this problem with their child when potty training?

Posted by LilysLittleLearners at 22:24